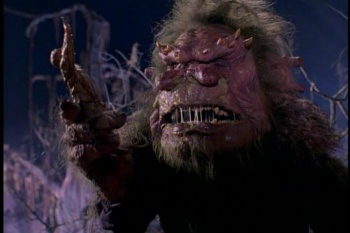 A new study has found connections between trolling and Dark Tetrad personality traits, suggesting that online bullies are sadists in the real world as well.

Trolling and online bullying is a big problem for online communities, with no real consensus on how to fix it. Part of the issue is figuring out what exactly makes someone start trolling. The most common belief is that trolls are tied to online environments, where anonymity and a lack of social conventions frees people to behave in abhorrent ways. New studies, however, are suggesting a different theory: Trolls are sadists and psychopaths who just would keep on trolling if the internet was unexpectedly switched off tomorrow.

A new paper awaiting publication by Erin E. Buckels of the University of Manitoba conducted personality assessments of 418 visitors to Amazon’s Mechanical Turk website. From the results, Buckels and her partners found a correlation between trolling behaviors and the Dark Tetrad of personality. For those unfamiliar, the Dark Tetrad isn’t a secret society of supervillains; it’s a measure for the sadistic, psychopathic, and Machiavellian tendencies found with socially adverse individuals.

Here’s where things get interesting: Not only did trolls make up a fairly small percentage of the participants, enjoyment of online activities bore no relation to sadistic tendencies. In other words, the internet may not create trolls after all, because trolls would be sadists in online and physical worlds. If that’s true, then cyber-bulling is just an online manifestation of everyday dickishness, and couldn’t be cured by removing anonymity from the internet. It would just take a new form, or be redirected back into the real world, leaving the non-troll majority to find another way of handling it.

Source: Academic.edu, via The Guardian