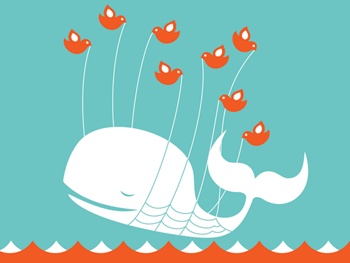 An American company that invented a system for sending messages en masse is suing Twitter for violating several patents it holds.

Texas firm TechRadium is suing Twitter for an unspecified amount of damages as well as a permanent injunction, claiming that Twitter wilfully infringed on three of its patents, causing a loss of earnings for TechRadium.

At the heart of the lawsuit is TechRadium’s IRIS system, which allows administrators to send messages to multiple recipients in a format of their choice. TechRadium had licensed the technology to customers including the US Army and the San Antonio Independent School District.

The patents in question all relate to distributing messages over multiple networks and to a casual observer – like me for example – all seem pretty similar.

George Borkowski, chairman of the intellectual property practice at Venable LLP in Los Angeles, said Twitter will probably claim that the patents are too generic, and therefore invalid:

“If this case moves forward, obviously what Twitter is going to do is argue that the patents are not valid and that the Patent Office should not have granted them,” Borkowski said, but then added “there is a presumption of validity when a patent is issued.”

The full details of the lawsuit, including the three patents in question, can be found here.