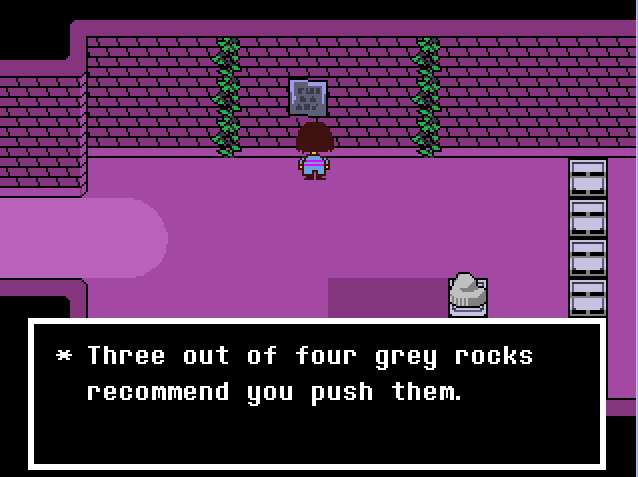 Developer Toby Fox has just released a free PC demo for his RPG about a little girl lost in the underground world of monsters.

Undertale is a quirky little PC RPG about a little girl falling into the underground world of monsters. Its 16-bit style is very heavily influenced by SNES-era RPGs like EarthBound, but with its own unique writing style and gameplay mechanics. You can download a free PC demo from Fox’s website, and if you are feeling generous after playing it, you can buy the game’s soundtrack for just $1.

In Undertale, you must fight your way through a series of puzzle rooms in the underground monster world, with the guidance of friendly mother-figure Toriel. The puzzles are your standard RPG fair, but the atmosphere they are presented in is really well crafted. The game also features a beautifully drawn opening cutscene. The background music is a mix of chiptunes and soft orchestral instruments that really helps set the scene. It’s all rather impressive considering it was made by just one guy.

The combat is where Undertale tries to set itself apart from other RPGs. You attack by pressing X or Enter when a fast moving needle is on the largest portion of an Oval, dealing more damaging depending on how skillfully you stop the needle. Enemies then counter-attack in a sort of bullet-hell shooter style, putting you in control of a heart that represents your character’s soul as you try to avoid the projectiles. It’s a little difficult to explain but it works well and is pretty fun.

There’s no word on when the full version will ship, but the website seems to indicate that a Mac version of the demo is coming soon.

Fallout: Project Brazil is a Fan Made New Vegas Prequel