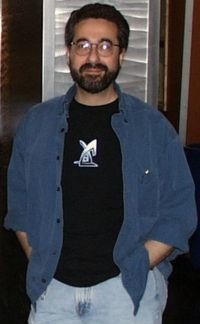 Warren Spector‘s studio, Junction Point, might be working on a game about Mickey Mouse, according to reports.

Gamasutra, which got its hands on some concept art and top-secret information, reports that Junction Point, which is owned by Disney, is currently working on a project codenamed “Epic Mickey.” The concept art showed mockups of potential game environments, including sketches of cities built of junk and a “surreal seashore invasion scene, in which machines wearing the faces of the Seven Dwarfs deposit the old-fashioned renditions of Disney characters onto the beach with mechanical hands.”

Sounds pretty weird, but it’s good to hear that Spector, best known for his work making Thief and Deus Ex, might be putting his distinctive stamp on the House of Mouse’s properties. Some steampunk sensibilities might even be making their way into the title, with the report adding that the presence of cogs and gears in a lot of the art, as well as the overall dark tone of the images, suggest a “distinctly shadowed, steampunk vibe.”

It’s no shock to hear that Spector, who has been working closely with Disney for some time now, is making a game starring the company’s main mouse. Rumors swirled earlier this year in EGM that a Mickey game was in the works at Junction Point. “Spector’s new Disney project will be a platformer looking to compete with a certain pesky plumber,” EGM wrote. “And who’s big enough to take on Nintendo’s star? Only the mouse himself!” For Spector, who has admitted that he’s no longer interested in making games “about guys in black leather carrying guns”, a game about a cartoon mouse seems like the best possible option. Either way, it’ll probably be better than Invisible War.