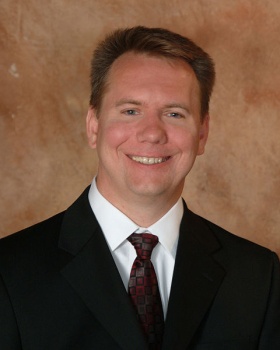 The CEO of Stardock needed his employees to work on software development, not business development.

Stardock is a weird bird in the gaming business because it derives most of its income from desktop enhancements and productivity tools for Windows. Publishing games like 2010’s fantasy strategy title Elemental: War of Magic and Ironclad Games’ Sins of a Solar Empire for purchase both in retail stores and through digital distribution were largely labors of love. But as revenue from Stardock’s proprietary digital distribution portal Impulse grew almost 300 percent in 2010 alone and the workload grew along with it, CEO Brad Wardell found that he put more and more hard-working people on the retail portal that was supposed to be a side-business. Because Stardock is located in Ann Arbor, Michigan and not in a hotbed of tech talent like New York, SF or Seattle, Wardell found it difficult to recruit talented developers and was forced to pull people from other projects to work on Impulse.

“Late summer last year, we saw that Impulse had grown by 300% and it was dominating more and more parts of our company to the point where I was increasingly having to take people away from our other projects to put them on Impulse,” Wardell told me. “The temptation is, it’s making the most money so put people on it.”

Wardell said that those decisions negatively impacted the rest of his business, partially blaming the poor critical reception for Elemental on the lack of manpower. “Part of the thing we learned from Elemental,” Wardell said, is that “we have some great talent at Stardock but if you spread it too thin, you don’t end up doing anything as well as you could.”

In addition, the company that Wardell built with his own sweat and tears was meant to write great software, not sell software. “I’m a technology guy and as much as I enjoy Impulse, I really enjoy working in our tech even more. We’re really set up as a technology company,” he said.

Even though revenues of Impulse were growing, the staff that he had available couldn’t compete with the time and resources of Steam or other portals. “We would have to bring in a whole bunch of account managers, we’d need to bring in a lot more technical specialists,” Wardell said. Licensing for each country and territory also required staff that Stardock just didn’t have.

“There’s no such thing as just Ubisoft. There’s Ubisoft USA, Ubisoft Germany, Ubisoft France, all based on territory. And we’d have to make separate agreements for each of those places, and that’s not just for Ubisoft, that’s standard fare for all major publishers,” Wardell said. “We just don’t have the sales team of experienced people to go out and make each one of those deals, because we’re not a retailer, we’ve never been set up for that.”

So last year, Wardell quietly put out feelers to see if anyone was interested in taking Impulse off of their hands. “We had a number of companies that came our way and put different offers and it’s amazing how many different ways people wanted to use the Impulse technology,” he said. GameStop wasn’t on his radar initially but when they approached Wardell, he quickly saw the potential for a lucrative deal.

“As a PC game publisher in the last several years, PC games haven’t had a lot of shelf space at GameStop. So we weren’t sure how they were viewing that market,” he said. But once they started discussions, Wardell quickly saw “it was pretty apparent that they were very serious and making PC gaming a serious business for [GameStop] again.” 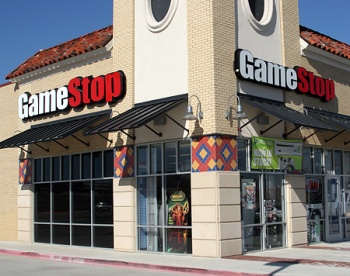 Some developers and customers are frightened or pissed by corporate giant GameStop now owning Impulse, like the developers of Star Ruler Blind Mind Studios who have let it be known that they object to the Impulse deal. Wardell attempted to reassure detractors that GameStop is committed to PC gaming and keeping Impulse working well for all its partners, big or small. “We know that GameStop is very interested in working with indies like the developer of Star Ruler, so I’m hoping that he’ll give GameStop a chance to demonstrate the benefits that Impulse will be able to bring, not just to him but to PC gamers everywhere.”

Wardell also had some choice words for Theo Bergquist, CEO of competing digital distributor GamersGate – incidentally also run by a PC game publisher (Paradox) – who called Impulse “Steam’s lesser talented stepchild” and doubted that GameStop paid much for Impulse. “I think [Bergquist’s op-ed] says a lot more about GamersGate’s position than anything else,” Wardell said. Although Wardell couldn’t disclose the exact numbers of the deal with GameStop, he dismissed Bergquist’s supposition that it was merely a percentage deal or that GameStop didn’t pay handsomely for Impulse. “It’s a cash acquisition,” he said. “Impulse was owned by Stardock, Stardock is owned by me. Now, Impulse is owned by the shareholders of GameStop instead.”

GameStop is set to become full owners of Impulse and all its backend technologies some time at the end of May. Wardell thinks that the acquisition will allow Stardock to go back to making great software and games, and he is moving forward on hiring quality designers like the creator of Civilization V, Jon Shafer, to work on a new free campaign for Elemental. “We decided to really get back and start trying our best to bring in high-end, top-tier talent to each of our units,” Wardell said. “You get guys like Jon Shafer, and I look at what they’re doing, and I tell you, it really speaks to what a true game designer can do. Game design was one of those last areas where, ‘I don’t want to pay someone who just designs games.’ But then you can actually see them do it, then you go, ‘Oh my gosh, we should have done this years ago,’ because it’s just so amazing.”

Even though he’s now out of the digital distribution business, Wardell hopes that GameStop is able to use Impulse to compete with Steam so that there is some disparity in the market. “Imagine what would happen if there was only one of these platforms. Basically, they could do whatever they wanted, because once you get entrenched enough, it gets really hard to get someone else in there. Whereas, if there’s two players on the block, if one starts to go overboard, the other one’s right there to jump in,” he said.

“It’d be kind of like on processors, right? Whether you like Intel or AMD better, thank god there’s two of them.”

I think you just gave the best argument ever for a two-party system, Brad.