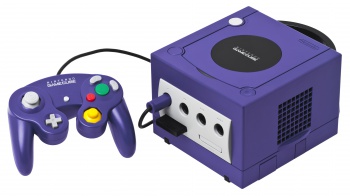 “Nintendont” is a homebrew app for the Wii U that allows gamers to play Gamecube games on the system.

Backwards compatibility has become a bit of a point of contention among gamers this generation, with Nintendo traditionally offering only a single generation of it, and Microsoft and Sony not offering it at all. However, those clever Wii U homebrewers have managed to do one better, and have successfully created an app that allows gamers to run Gamecube games on the system, something that Nintendo said couldn’t happen.

The appropriately named “Nintendont” app works with both the vWii (the virtual Wii that the Wii U emulates) and the standard Wii, and it supports Memory Card emulation, but it only works with a handful of controllers (including, ironically, the PS2 and PS3 Dual Shock controllers). It is in very alpha stages at the moment, and thus doesn’t have perfect compatibility with many Gamecube games. Here is a full list of games that work with the app.

The caveat is that you’ll need to have the Homebrew Channel installed on your system, which is already somewhat of a legal gray area, and the app only runs Gamecube .isos that have been ripped to the SD card or external hard drive – it does not work with retail Gamecube disks. This really skirts the “piracy” line quite closely, and we at The Escapist would like to take this opportunity to re-iterate that we do not support software piracy in any shape or form.

Instructions on how to install the mod can be found here, but please note that you do so at your own risk, for modifying your Wii U software could possibly result in Nintendo “bricking” your system with a future software update.

Its certainly nice to see modders doing what “Nintendon’t”, as even if they need to break the rules to do it, it may show Nintendo that enough people are looking for this feature for them to implement it officially.