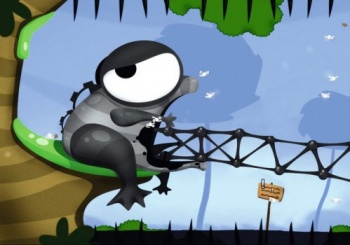 Yarrrr! Get yer greasy mitts off that goo and nab yer gaming booty the proper way!

There’s not much of a dispute to be had, every gaming household should get their hands on the much adored and critically acclaimed hit World of Goo. However, having players actually pay for the game is likely more along the lines of what indie developer 2d Boy had in mind. According to Joystiq, the creators of World of Goo report the title has a massive, 90 percent piracy rate.

The vast majority of the work on the addictive, physics-based puzzle game was done by game designers Ron Carmel and Kyle Gabler – the two core members of 2d Boy. Apparently, the game, which is available for PC and WiiWare, has popped up on torrent sites, Carmel told Joystiq. He confirmed the incredibly high piracy rate has reached about 90 percent for the game.

“We’re doing ok, though,” said Carmel. “We’re getting good sales through WiiWare, Steam, and our website. Not going bankrupt just yet!”

For those who are secretly cheering along the basement development scene, it’s very exciting to see an independently produced title turn into a runaway hit. A quick look at Metacritic places World of Goo as one of the highest rated titles based on critic reviews. It ties with The Legend of Zelda and is only two percentage points shy of matching Super Mario Galaxy. That’s impressive. It also makes the fact such a huge amount of players are sticking it to the little guy by ripping them off particularly frustrating.

Indeed, the title is of such a high caliber anyone who calls themselves a gamer – and even those who don’t – should at least give it a shot. That said, show some damn support for future indie development; procure your copy through means that are not uncouth.