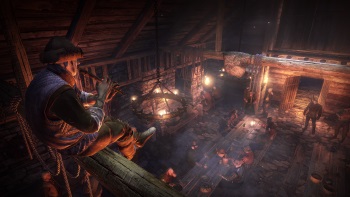 CD Projekt co-founder Marcin Iwiński said it’s up to gamers to decide which platform they want to support – and whose rules they’re willing to live with.

CD Projekt is well known for its unwavering stance against DRM, which it has said several times in the past is ineffective and serves only to alienate legitimate customers. It’s a position that might appear to put the studio at odds with Microsoft, whose Xbox One console has some pretty arcane restrictions on game sharing and preowned sales, but Iwiński said that no matter how it worked out, the studio won’t step away from the platform.

“We have not received anything from Microsoft until today on [DRM policies] and, before we form any definite opinions here, we would like to have this process explained in details by the platform holder,” he told Eurogamer. “Having said that, we strongly believe in the freedom of choice and voting with your wallet. I would disagree that it would do any good if we decided to abandon one of the platforms, especially when we have the capacity to create games for it.”

Iwiński said that while CD Projekt has no influence on Microsoft’s DRM policies, consumers have a choice about which company and console they support. “I am sure that a lot of gamers will choose one of the consoles for its convenience and easiness of use – that’s fine, and by doing so they will agree to whatever rules the platform holder will impose,” he continued. “What I can, however, guarantee here and now, is that if you want the 100 percent DRM-free experience you will have it on the PC, the platform where we set the rules for our games.”

CD Projekt’s latest game, The Witcher 3: Wild Hunt, is in development now for the Xbox One, PlayStation 4 and PC, and will come out sometime in 2014.