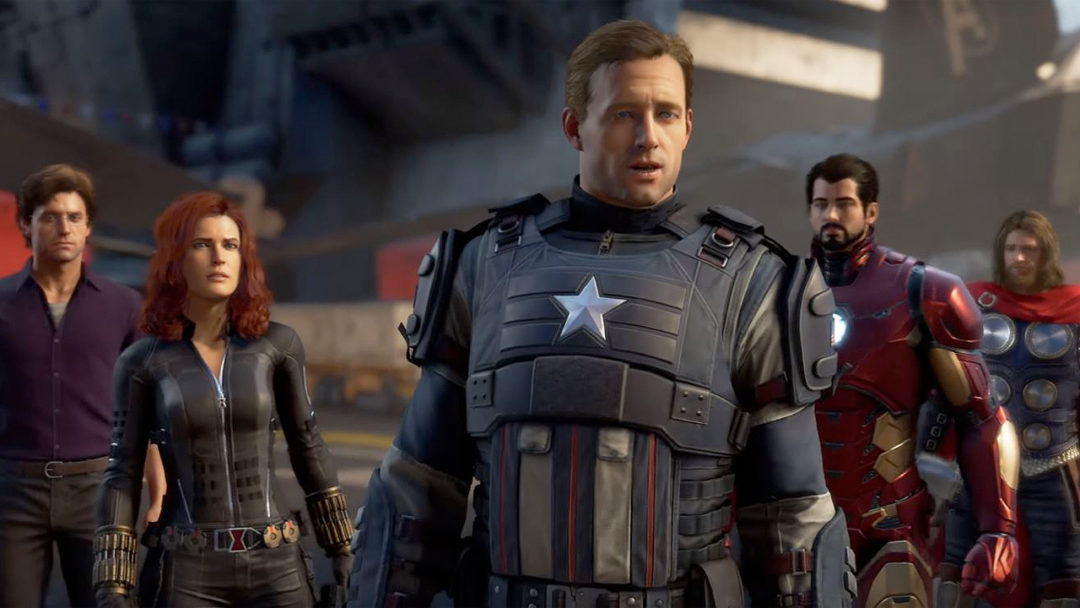 A pair of videos discreetly shot and posted to Reddit reveal gameplay starring Iron Man, Thor, the Hulk, Captain America, and Black Widow, who all appear to be playable within the same 12-minute window early in the game. Thor, Cap, and Hulk have similar third-person beat-’em-up-style gameplay, using combos to juggle their opponents and unleashing the occasional special move for area-of-effect damage. Iron Man’s segment sees him flying around and shooting airborne enemies, while Black Widow mostly clings to villain Taskmaster in midair and obeys a series of quick time events to occasionally bash him in the head.

Unfortunately, before the person in the audience could capture more of Black Widow’s gameplay in Marvel’s Avengers, they stopped recording.

SDCC GAMEPLAY. Thanks for the patience. ​ from MarvelAvengersProject

All the while, any Avengers not currently being controlled are reporting in from off camera and cracking wise like their lives depend on it.

As reported yesterday, characters will have multiple alternate costumes, some based on their appearances in the original comics, others based on movies, and still others completely original, in a move reminiscent of Insomniac Games’ Marvel’s Spider-Man.

Eagle-eyed viewers might spot a young Kamala Khan in the second video. Square Enix has suggested that the majority of the Marvel’s Avengers story will take place after the catastrophic events in San Francisco depicted in the leaks, so it’s possible that an older Khan will appear as her alter-ego Ms. Marvel later in the game.