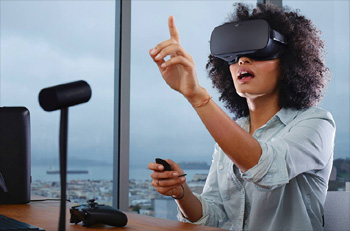 With the official launch of the Oculus Rift, reviews and first impressions are rolling in. While there isn’t a consensus, most reviews are positive — with a few caveats.

First of all, most reviewers were pleasantly surprised that the overall virtual reality experience lived up to the hype. Reviewers also mostly agree that the Oculus Rift wasn’t too difficult to set up and that the learning curve wasn’t unreasonably steep.

However, the majority of initial reviews agree that the Oculus Rift isn’t for casual gamers or people looking for a simple VR introduction. Getting it up and running is quite pricey — and that’s not even factoring in the upgrades that will hit the market over the next year or two.

But if you’ve been counting down the days to virtual reality in a consumer-ready package, these 18 reviews and first impressions should assuage your fears that the Oculus Rift is anything other than an awe-inspiring first step into the future.

How to Send Eyebots To Do Your Bidding in Fallout 4: Automatron