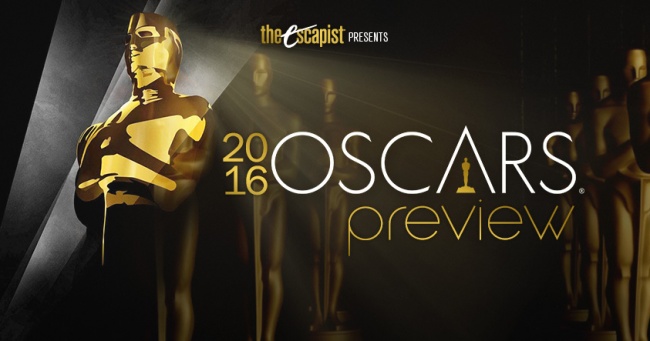 The annual Academy Awards celebration marks the point in time where the entirety of the world comes together to find out what the best films and performances of the year were – according to, on average, the tastes of a 63-year-old White male. But, hey, that’s neither here nor there. The fact of the matter is that, regardless of your individual feelings on the Oscars, those little statues are still seen as the most prestigious prize in the film world. The show gets to run as long as it wants, all of the big-name celebrities show up – there are very few “accepting on the behalf of” moments – and if you win an Oscar, it can seriously affect both the projects you get offered and your earning potential.

Now, for non-filmies, only a few awards actually matter. I understand that. I’ll only be talking in detail about the big awards, although I’ll offer a little bit of a preview for the others, too, for those of you who do care. (Seriously, though, if the “lesser” awards got awarded before, and the Oscars telecast was only two hours, it’d be such a better show.)

For a while, the Best Picture Oscar at the 88th Academy Awards seemed like a lock for Spotlight. As far as I’m concerned, that’s the right winner. But then The Big Short began winning a bunch of awards, and it seemed like the momentum had turned. Following that, The Revenant‘s momentum began to spike – and at the right time. Right now, it’s looking like the favorite, even without a Best Screenplay nomination. If you’re placing bets The Revenant is the one to pick.

Honestly, it’d be pretty cool if Mad Max: Fury Road won, but it’s looking a very distant 4th place at best. The narrative of George Miller coming back to direct a series that died 30 years earlier is an intriguing one, but it’s still an action movie, and this isn’t the place to recognize those except when it comes to the technical awards.

With The Revenant picking up so much steam for the Best Picture award, it only makes sense that its director, Alejandro G. Inarritu, is doing the same for the Best Director category. While splits have happened in the past, they’re relatively uncommon. George Miller has a shot at winning Best Director, which is something that he can’t really say about Best Picture.

Having one practically every other award out there, it it’s finally time for Leonado DiCaprio to win the Oscar that has eluded him up to this point. If any other actor were to win, it would be the upset of the show. There simply isn’t anyone else who is even coming close to challenging DiCaprio. Michael Fassbender’s portrayal of Steve Jobs and Bryan Cranston’s role as Dalton Trumbo are the only other two performances that deserve to be here. Michael B. Jordan in Creed, Tom Hanks in Bridge of Spies, or one of the kids – Abraham Attah in Beasts of No Nation or Jacob Tremblay in Room – should have been here ahead of Redmayne and Damon.

Best Actress is another category that seemed as if it was locked up as soon as Room debuted at various film festivals. Brie Larson’s performance was so strong that it didn’t feel as if anything else this year could top it. And, truthfully, nothing did. This is her award to lose at this point. With that said, Saoirse Ronan is a much closer second place than anyone is in Best Actor. Her performance in Brooklyn, in a weaker year, would have her running away with the award. But 2015 was a very good year for women in film, and Larson’s performance was simply better. And since it was such a good year, one has to wonder what Jennifer Lawrence is doing here, especially when there are two actresses who were pushed to the Supporting Actress category despite having an equal amonut of screen time to the “lead” performance. The Oscars love her, that’s why.

Unlike the leading actor categories, neither the Best Supporting Actor or Best Supporting Actress awards are more or less locked up before the show even starts. From the outset, it appeared as though Mark Rylance in Bridge of Spies would be taking home the Best Supporting Actor award – and it wouldn’t even be close. Only one of the Spotlight actors got nominated, Christian Bale wasn’t even the best performance in The Big Short – that was Steve Carell – and while Tom Hardy was good in The Revenant, him winning seemed unlikely. But then there was Sylvester Stallone, delivering one of his best performances and returning to a role that he debuted 40 years earlier. That’s a compelling narrative, and getting to see this veteran of the screen – Rylance is, historically, more of a stage actor – finally get an acting Oscar is likely going to be too strong a compulsion to not have him win. Is it the best supporting performance from a male? Probably not, but that doesn’t mean he’s not going to win.

The real question here is this: Why wasn’t Idris Elba nominated? He’s better than at least two of the current nominees. The reason, of course, is that Beasts of No Nation wasn’t nominated for anything. It was eligible, but there was a conceited effort to keep it away from the Oscars. Why? We won’t know for sure, but there are two likely reasons. You can follow the “Oscars are racist” storyline if you want, but I don’t think that kept Beasts of No Nation from getting a single nomination. More likely, it was because it’s a Netflix movie. It was released in a few theaters – those that didn’t boycott it – to qualify for the Oscars, but it was still viewed more as a “TV movie,” since you could watch it at home for free. And that’s scary for old Oscar voters. It’s change, and change is bad.

While not quite as compelling a race as the Best Supporting Actor race, the winner of Best Supporting Actress will have had to fend off some serious competition. Alicia Vikander for The Danish Girl is the favorite going in, because The Danish Girl was made to win awards and needs something. If and when she wins, can we all pretend it was for Ex Machina? I mean, her performance in The Danish Girl was co-lead, and it wasn’t even as good as the one she gave in Ex Machina. Rooney Mara’s performance in Carol was also a leading performance, and she’s one of the two potentials to thwart Vikander’s chances. The other is Kate Winslet in Steve Jobs, who picked up an unexpected Globes win. Jennifer Jason Leigh and Rachel McAdams have no chance, I’m sorry to say.

Spotlight wins. This is one of the locks of the night. I can see Straight Outta Compton getting a token win – which is funny, since it was written by three White people – but the odds are so heavily in Spotlight‘s favor that it would be a tremendous upset if it wasn’t the victor.

My Order
1. Spotlight
2. Straight Outta Compton
3. Inside Out
4. Ex Machina
5. Bridge of Spies

Even though it’s looking less and less likely that The Big Short takes home the biggest prize, it’s still the far-and-away frontrunner to take home the Best Adapted Screenplay award. It won at the Writers Guild and BAFTAs, so there’s little hope for anyone else in this category.

Okay, these ones are less interesting for almost everyone, so we’re going to keep it short.

The Best Animated Feature should be going to Inside Out, even though Anomalisa has an outside shot.

Production Design is anyone’s guess, as Mad Max: Fury Road and The Danish Girl both have a good shot. I’d be more inclined to think Mad Max wins this.

Emmanuel Lubezki for The Revenant seems to be almost a lock for Best Cinematography – his third in a row.

Costume Design will probably be The Danish Girl.

Best Film Editing better go to either Spotlight – a perfectly paced film – or Mad Max: Fury Road. The Big Short was not well edited; even its shot-to-shot continuity is often noticeably off.

Mad Max: Fury Road takes Best Visual Effects – although I could see Star Wars getting the win here, too.

Both Best Sound Mixing and Best Sound Editing will likely go to Mad Max; I told you it would get honored in the technical categories.

Best Original Song will more than likely go to “Til It Happens to You” from The Hunting Ground – so help me if the Fifty Shades of Grey song wins.

Best Documentary should be Best of Enemies, but since it didn’t make the cut, it’ll probably go to Amy – even though The Look of Silence has a shot.

Son of Saul looks to be a lock for Best Foreign Language Film.

The Oscars are important to a lot of people in attendance, and even a great number who are watching at home. It helps people who often don’t go see many movies to pick out some of the best – it’s rare that a truly bad movie or performance gets selected (for anything other than a technical award). The show is a great marketing tool – if your film wins or you’re an actor who wins, for the most part, you’re going to get more work opportunities and you’re going to get paid more.

But it’s important to remember that the Oscars is a political show, and that there’s campaigning to get nominations and votes. Movies like Beasts of No Nation are snubbed because of the way they were distributed. There’s a heavy bias against “genre” films. And, yes, there’s the “diversity problem.” This is not a perfect awards ceremony and, if your favorite movie doesn’t win or wasn’t even nominated, it doesn’t make you wrong or mean you should love it any less. While there are diverse groups included in the Oscar voting, the majority are White and male, and the average age is 63. The winners represent their tastes, not necessarily those of the nation and most certainly not of the entire world.

Keep these things in mind, but still try to enjoy the show, even when it enters its unbearable third hour.