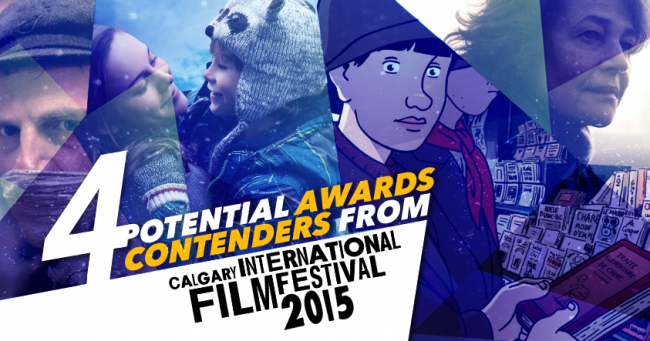 The Calgary International Film Festival (CIFF) is kind of like the little brother to Canada’s largest film festival, held in Toronto. We don’t get many of the biggest films, but we do get some of them, and many of the smaller ones wind up making their Canadian debuts here instead of at TIFF. However, big names aren’t always indicative of quality – if you watch a Hollywood film in the months of January and February, you already know this – so getting to see smaller-name films isn’t necessarily a bad thing. Today, we’re going to take a look at four films from CIFF that have a good chance of garnering awards consideration at all of the big awards shows in the coming months. 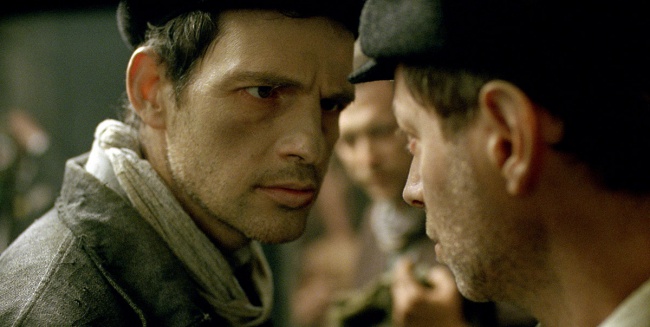 Son of Saul is one of the most difficult movies you’ll be able to watch this year. It’s also one of the most powerful. Set in Auschwitz in 1944, a prisoner, Saul (Géza Röhrig), finds the body of a boy whom he decides to claim as his son. Almost all of the rest of the movie revolves around Saul trying to figure out a way to give his “son” a proper sendoff, including both finding a rabbi and trying to figure out a time and place to bury the body.

You can probably already see why this wouldn’t be an easy watch, and likely also why it would be a powerful one. This is a movie about a man trying to grasp on to one last shred of humanity, represented by his quest to get this boy the peace he deserves. We see him suffer both physical and emotional turmoil, which the film presents to us in an uncompromising fashion. It doesn’t overly dramatize things like many Holocaust dramas, though; it feels far more real and, as a result, a lot more horrifying.

One of the most interesting things about Son of Saul is the way that it was shot. The majority of the film features close-up shots of the face of Géza Röhrig. There’s a gas chamber scene early on, for example, which focuses not on any of the carnage surrounding Saul, but on Saul himself. That puts a tremendous burden on Röhrig, and he pulls it off. He puts on one of the performances of the year. You want to see him accomplish his goal, but you’re honestly not sure that he will. The film captivates, even if it does, eventually, grow a little tiresome and repetitive. 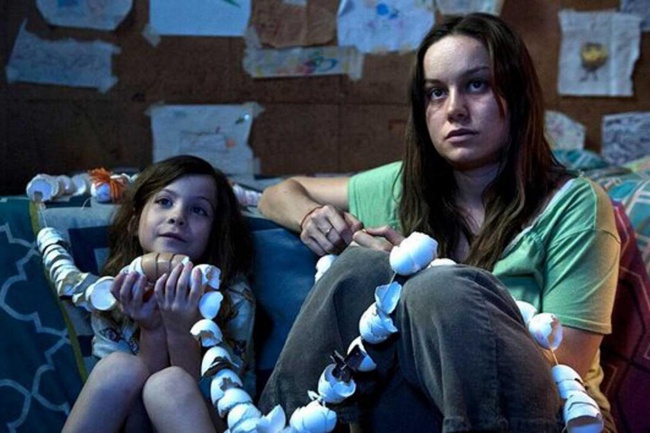 Room was released in four theaters this past weekend, with the plan being that it’ll expand over the coming weeks. If it opens near you, this is one of the movies of the year. You need to see Room. It is an incredibly emotional story that follows two individuals and their journey to escape from the one-room prison that they’ve made their home for several years.

The two people are Joy (Brie Larson) and Jack (Jacob Tremblay), a mother-son combination who have spent the entirety of Jack’s young life in this one room. Why are they here? Who put them there? Is there any hope to escape? You’ll have to see the film to find out. What I can tell you is that this is one of those films that leaves you emotionally drained by its conclusion. You’ll have smiled, cried, laughed, and felt genuine thrills all over the course of its two-hour running time.

A great deal of its success comes from its actors. I’m probably the first person to voice displeasure whenever bad child actors appear in movies, but Jacob Tremblay turns in one of the best child performances in years. If it wasn’t for Abraham Attah in Beasts of No Nation, Tremblay would have the best child performance of the year. He’s so perfect that you hope to see more from him – something that’s rarely the case. Meanwhile, Brie Larson, who should have already had an Oscar nomination after Short Term 12, will most certainly get one here, turning in such a heart-wrenching performance that it’s almost physically painful to watch.

I’ve been trying to find a flaw in Room since I saw it, and I haven’t been able to. It works as a drama. It works as a thriller. It works as a character study. It is, at times, quite funny. And it balances its uplifting scenes and heartbreaking ones perfectly. Room is fantastic.

April and the Extraordinary World 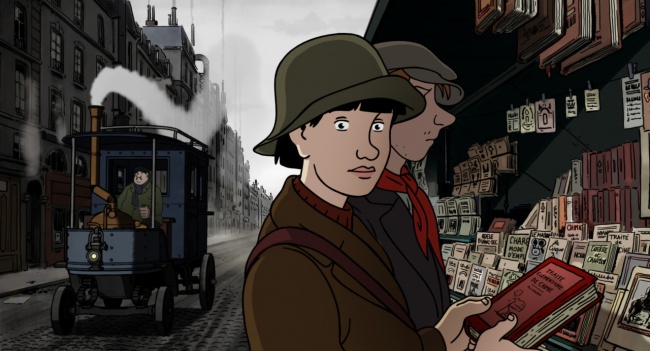 April and the Extraordinary World has one of the most interesting premises for a film I’ve seen in quite some time. It posits a world in which all of the scientists – Tesla, Einstein, Edison, to name a few famous ones – went missing before doing anything of substance. As such, humans are stuck with technology that would have been around during the first World War – although all steampunked up, since that’s a cooler visual look. Our lead is April (voice of Marion Cotillard), whose parents were scientists attempting to create a serum which may or may not be able to provide immortality. They, too, were taken, leaving April to continue their work in secret and alone.

We’ve already got a lot of questions and we’ve barely even scratched the plot. April and the Extraordinary World doesn’t tell a terribly unique or complicated story, if I’m being honest, but it does tell it well. More importantly, I think, is the way that it presents to us this world. It’s the details in the background and small parts of sentences that let us know exactly what this world looks like and how it functions. Its vision of an alternate future is startling. And it’s always a plus when a movie – one that is, I may add, technically aimed at children – puts such an emphasis on both science and the environment. That it’s quite funny, has some decent action, is beautifully animated, and contains strong voice work is almost a bonus.

My hope is that the distributor in the United States, Gkids, will give it an Oscar-qualifying run. It’s scheduled to be released sometime in 2016, which would mean it wouldn’t qualify for the upcoming Oscars – and by the time next year rolls around, it’ll have been forgotten about. This isn’t a particularly strong year for animated film, and it would almost assuredly get a nomination if it was made eligible. Gkids? Think it over. 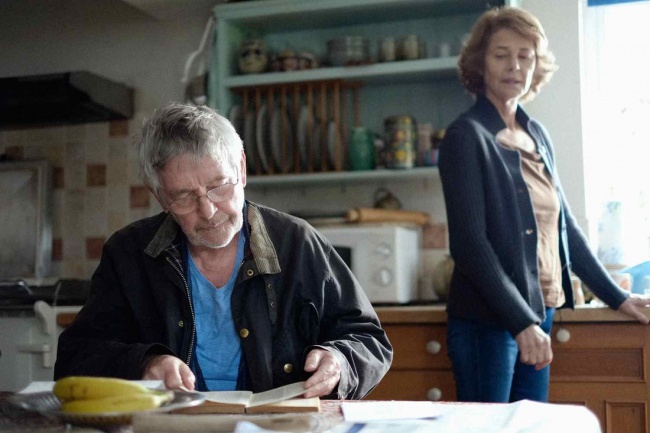 With divorce rates continuing to soar, a movie like 45 Years might feel like too much of a fiction for some younger viewers, although it’s definitely a film for a more mature audience, anyway. It follows a week in the life of Kate and Geoff Mercer (Charlotte Rampling and Tom Courtenay), two individuals who have been married for 45 years. They have a party coming up to celebrate it, but will they even make it?

Of course they will. That’s never in question. The film does try to create tension between them by having Geoff reminisce about a past love, but that’s not done to try to break them apart; it’s to showcase how they’ve managed to stay together all this time. We get to watch them work out a problem together. We also get to see them reflect on their time together and work out internally whether or not they’re happy – even though, at this point, there’s not a lot they’d be willing to do to change anything.

45 Years is captivating primarily because of its actors. Tom Courtenay is a two-time Oscar nominee, while Charlotte Rampling has a good shot at getting her first here. The two have stellar chemistry, and they definitely understand how to get the most out of every line, every close-up, and each body motion. You never question whether or not they’ve been together all this time; they simply have. It’s accepted. Director Andrew Haigh looked at a very short-term relationship in Weekend, and now looks at one that is significantly longer here. He can teach the audience so much, and some of the shots he gets here are simply astounding. The film’s final shot, a lengthy take at the party, is so haunting that you may never forget 45 Years – and yes, this is still the film about two elderly people going about their daily business. If that’s not skillful, I don’t know what is.

Tune in on Thursday for four must-see films from CIFF 2015.