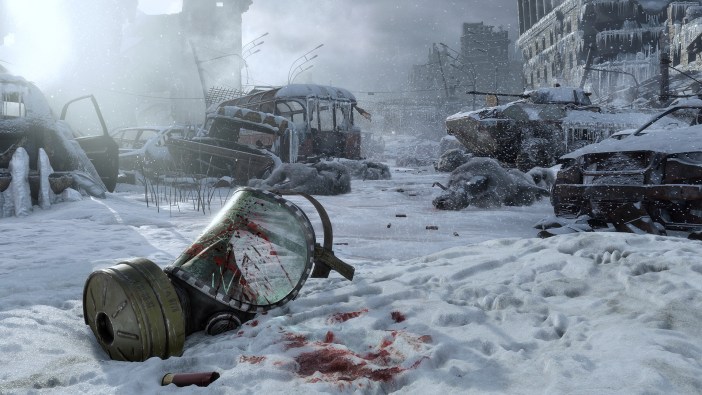 Ukrainian developer 4A Games is staying hard at work on the Metro series despite its close proximity to the war on its home, according to an in-depth studio update posted today. A lengthy blog post gives fans around the world a glimpse into the lives of the teams who have been on the front lines of Russia’s war on Ukraine. While it’s good to hear from the Metro Exodus studio, it’s clear that the war continues to impede their work and lives in a variety of horrible ways.

4A shared the following:

Everyone has been affected. Some of us have lost homes to bombings. Some have joined the Armed Forces to defend Ukraine. Colleagues, friends, families have been injured. A number have lost their lives. Though, there is one thing Ukraine is not short of right now – it’s our heroes: those who protect our country at the fronts, those who help them, and those who against all odds work with passion and fierce dedication to keep our projects going and support the country’s economy.

Each member of the studio has been affected, but they haven’t let the war completely bring their work to a halt. In fact, 4A says Russia’s assault has already altered the future of the series’s story, with the next entry taking shape as a reflection of the ongoing war. That said, fans should know that the next Metro game won’t be along for a very long time as the studio continues to adapt to its not-so-normal new way of life.

“Yes, we’ve always wanted to entertain and immerse you in our post-apocalyptic world but there’s also been a bigger story to tell,” 4A said. “And the war in Ukraine has made us re-think what kind of story the next Metro should be about. All the themes of Metro – conflict, power, politics, tyranny, repression – are now part of our daily-life experiences. So, we’re embracing them and weaving them into the game with a renewed purpose.”

Of course, the next Metro game is understandably coming along slowly, but even with war at their door, 4A is pushing forward. Today, all Metro Exodus owners on PC can download Metro Exodus SDK for free, enabling extensive mod support for the studio’s 2019 post-apocalyptic FPS. This gives fans total access to the game’s editor if their hardware can support it. That means user-generated content can be created with the same tools the developers have access to. The team might be facing a battle at home, but the move to bring Metro Exodus SDK to the masses will surely give fans enough content to chew on for years.

“There are a few things to note in the EULA (boring), but the main stuff you must keep in mind includes this – you can’t use it for commercial purposes, share it behind a paywall, or sell anything you make with it,” 4A explained. “We’re not looking to enter the engine licensing business, this is purely something meant for the community, and we hope you get inspired to create some really wild things.”

Metro Exodus SDK is the current version of an engine that 4A has been developing since it began in 2005, and now it’s in everyone’s hands. For more on the software’s scene editor, model editor, navigation mode, particles mode, weather editor, and more, check out the full blog post. If you want to try your hand at creating Metro Exodus content, Metro Exodus or Metro Exodus Enhanced Edition is available on PC from Steam, Epic Games, or GOG. Stay tuned for more updates from 4A.