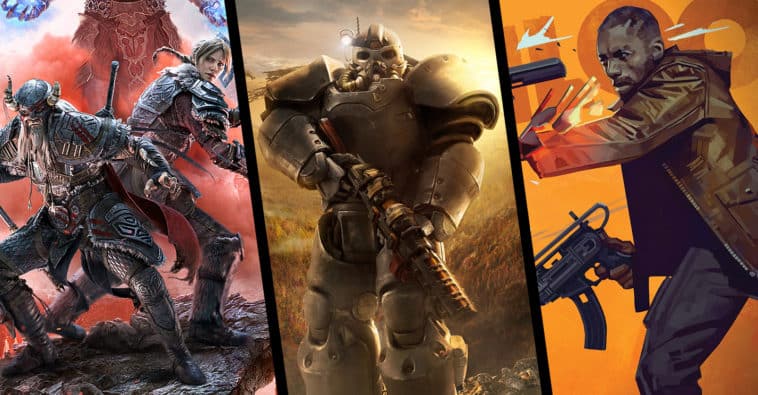 This week kicked off in high gear with the major announcement that Microsoft has entered into an agreement to acquire Zenimax Media, the parent company of Bethesda Softworks. The $7.5 billion deal not only includes massive Bethesda Game Studios and its properties like Fallout, Elder Scrolls, and the upcoming Starfield, but also developers like MachineGames, id Software, Tango Gameworks, and Arkane. This includes franchises like Wolfenstein, Doom, The Evil Within, Dishonored, and Prey, which delivered some of the most memorable games of this past generation.

But with this news comes a wealth of questions, many of which we don’t know the complete answers to. And given that the deal won’t be finalized until sometime in the first half of next year, it’s possible that Microsoft and Bethesda don’t even know the answers. Despite hot takes being fired from the hip all over Twitter, the best we can actually do is educated speculation. With that in mind, here are the five biggest lingering questions stemming from the acquisition, the circumstances around them, and how they might shake out.

Two of the big third-party games that have been aligned with PlayStation 5’s marketing have been Arkane’s Deathloop and Tango Gameworks’ GhostWire: Tokyo, both of which are being published by Bethesda. While Deathloop was originally planned to be ready at the PS5 launch, it was recently pushed to Q2 of 2021. The plan was for both games to hit Sony’s console first as timed exclusives, before eventually making their way elsewhere, presumably PC and Xbox Series X.

Despite the acquisition, these games will still be premiering on PlayStation 5. In an interview with Bloomberg, Xbox head Phil Spencer said that “Microsoft will keep that commitment” when it came to the pair of exclusive deals. The duration of these deals is still unknown, with the original Sony blog post from June only saying that the games would make their “console debut” on PS5. Whether it’s a few months or a full year, the fact of the matter is that these games will eventually make their way to Xbox and be a part of Game Pass the day they do.

Will Starfield / The Elder Scrolls 6 / Fallout 5 Be Xbox Exclusives?

This is where things start to get tricky. The two biggest announced games from Bethesda are Starfield and The Elder Scrolls 6, both of which were revealed via brief teasers at E3 2018, and both of which have remained pretty much radio silent since then. But obviously those announcements came long before this acquisition, so the big question is whether they will be exclusive to Xbox and PC or remain as multiplatform titles. Well, according to that same interview with Phil Spencer, Microsoft is looking at all of these future games on a “case-by-case basis.”

There are two ways this could go. One way is that, yes, given that Microsoft spent $7.5 billion on this acquisition, they’re absolutely going to be Xbox exclusives. You don’t shell out that kind of money with the intention of sharing these future games. The biggest knock against Microsoft throughout this entire past generation is how its first-party lineup has paled in comparison to Sony’s. As great as the occasional Gears, Forza, and Halo was, they just couldn’t stand up against the likes of Uncharted, The Last of Us, God of War, Spider-Man, Ghost of Tsushima, and Horizon. Well, that conversation is suddenly different if Microsoft has exclusives from the developers of The Elder Scrolls, Fallout, Wolfenstein, Dishonored, and Doom.

But it could also go another way. Microsoft bought Mojang for $2.5 billion back in 2014, and that didn’t impact Minecraft’s status on mobile devices, PlayStation, or Nintendo platforms, leading all the way up to this year’s Minecraft Dungeons. For established franchises like Elder Scrolls and Fallout, it’s possible that Microsoft will continue to allow those games to appear on Sony consoles with Microsoft taking a solid cut of each sale, whether it be through simultaneous releases or timed exclusivity on Xbox. This allows them to play the good guy, continue to grow their IP to the biggest audience possible, and make a whole mess of money while doing it.

In a statement earlier today, Bethesda’s Pete Hines shared his thoughts on why this relationship with Microsoft was the perfect fit, highlighting, “But the key point is we’re still Bethesda. We’re still working on the same games we were yesterday, made by the same studios we’ve worked with for years, and those games will be published by us.” Likewise, Todd Howard’s post on the Bethesda blog reiterated this, stating, “We share a deep belief in the fundamental power of games, in their ability to connect, empower, and bring joy. And a belief we should bring that to everyone – regardless of who you are, where you live, or what you play on. Regardless of the screen size, the controller, or your ability to even use one.” These comments, combined with Spencer’s “case-by-case basis,” certainly leave the door open for any Bethesda game to appear on PS5, but nothing is concrete.

Bethesda has been one of the biggest champions of porting AAA third-party games onto Nintendo Switch. Skyrim, Doom 2016, and Wolfenstein II: The New Colossus have already made their way onto Nintendo’s hybrid console, with Doom Eternal being “very close” to hitting the system. With those out of the way, it’s increasingly unlikely that the Switch, which is getting close to its fourth year of release, would be able to handle ports of future Bethesda games. 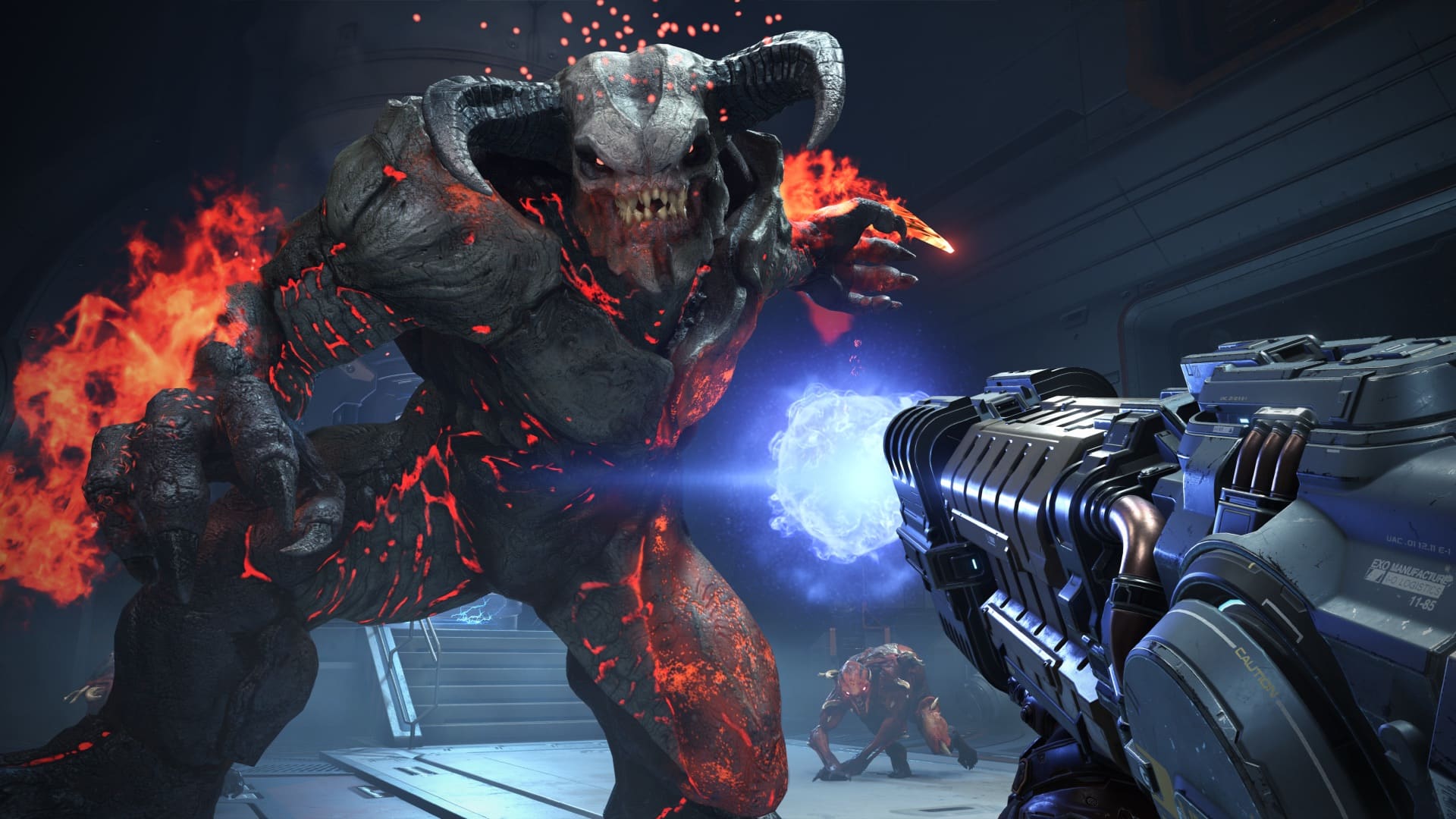 That said, we know that Nintendo has been working on a new Switch. Whether it’s a full generational leap or more of an upgrade in the vein of PlayStation 4 Pro or Xbox Series X remains a question. But Microsoft has had a good relationship with Nintendo this generation, with games like Minecraft, Cuphead, The Outer Worlds, and both Ori titles being published on Switch, as well as Banjo and Cuphead content being incorporated into Super Smash Bros. Ultimate. It feels like Microsoft and Nintendo aren’t really in direct competition, so I’d bet that some of those “case-by-case basis” games will be seeing the light of day on future Nintendo hardware.

What Happens to Persistent Games Like Elder Scrolls Online and Fallout 76?

ZeniMax Online Studios director Matt Firorm, the head of the team behind The Elder Scrolls Online, released a statement on Twitter saying, “I want to take this moment to reassure the entire Elder Scrolls Online community that ESO will continue to be supported exactly as it was, and we fully expect it to keep growing and thriving on each of the platforms that are currently supported.”

Again, this is informed speculation, but it feels like any Bethesda projects that fall under the “games as a service” banner are going to still be released and supported across platforms. This includes current games like ESO and Fallout 76, but I’d wager that any future multiplayer games focused on ongoing content drops will be included as well.

The fact of the matter is — these games live or die on the breadth of their player base and how devoted those players are. There’s a reason that games like Destiny, Anthem, Warframe, Marvel’s Avengers, and even the upcoming Suicide Squad: Kill the Justice League are on as many platforms as possible, and it would make sense that future Bethesda games cut from this cloth are the same.

…Does This Mean We Get Fallout: New Vegas 2?

I’m going to be honest — this was the first thing that fired through the synapses in my brain when I read the news this morning. 2010’s Fallout: New Vegas, arguably among the best RPGs of the decade, was published by Bethesda but developed by Obsidian Entertainment. Yes, the same Obsidian Entertainment that was purchased by Microsoft back in 2018 and has since gone on to release The Outer Worlds and Grounded in early access.

So yes, Obsidian and the Fallout franchise are now under the same Microsoft umbrella. I wasn’t the only one to think about this, as Obsidian tweeted a cheeky response to the very same question. While the prospect of getting the band back together for a sequel to New Vegas sounds wonderful, keep in mind that Obsidian is also working on the recently revealed Avowed, a fantasy RPG that seems to be the studio’s take on The Elder Scrolls. That said, among Bethesda Games Studios, Obsidian, and Inxile Entertainment, it feels like Microsoft is building a monopoly of beloved western RPG developers.

Regardless of the unanswered questions, the fact remains that Microsoft’s acquisition of ZeniMax and Bethesda is one of the biggest video game moves in recent memory. With PlayStation 4 handily outselling the Xbox One this past generation, Microsoft needed to make some major changes in order to remain in competition with Sony’s consoles. That journey began with bolstering first-party studios through acquisitions, which previously included developers like Double Fine, Obsidian, and Ninja Theory. It continued with the tremendous evolution of Game Pass and the recent beta launch of xCloud, both of which were designed to expand the reach of Xbox far beyond the actual box. And finally we have this Bethesda news, which seems like a fitting place to clear this generation’s slate before moving on to Xbox Series X and PlayStation 5 in November.