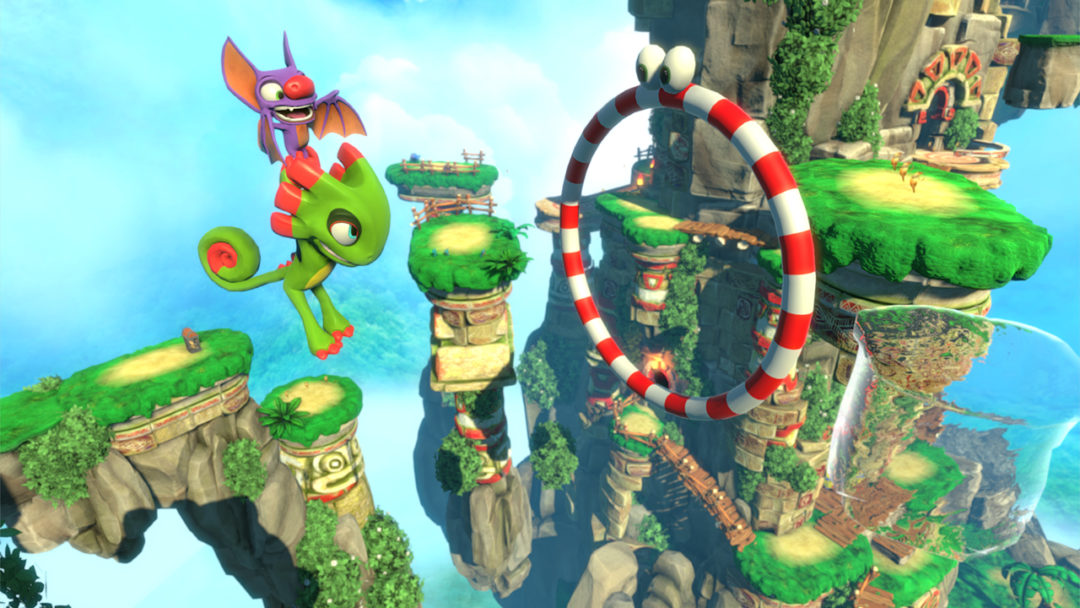 Playtonic Games have announced Yooka-Laylee and the Impossible Lair, a sequel to 2017’s Yooka-Laylee.

Playtonic, made up of several former bigwigs from Rare, funded the first Yooka-Laylee entirely through crowdfunding service Kickstarter, where it was pitched as a spiritual successor to those creators’ 1998 Nintendo 64 hit Banjo-Kazooie. Nostalgic fans were evidently ravenous for a revival of Banjo’s exploration- and collection-heavy gameplay — the project was fully funded in under and hour, and the campaign concluded having generated about $2.6 million, over ten times its funding goal of $223,000. The finished game was just alright: Metacritic diplomatically describes its critical reception as “mixed or average,” and our own Yahtzee Crowshaw claimed in his review that it went south with its overly prolonged final boss fight.

Having gotten Banjo-Kazooie nostalgia out of their system, Playtonic is apparently now using Yooka-Laylee to stoke fond memories of Rare’s Donkey Kong Country instead. The Impossible Lair is set to ditch the Banjo-style fully 3D collectathon genre that dominated the late ‘90s in favour of the 2D cartoon platformers more popular in the first half of that decade, though it will also include some slightly more modern 3D overworld areas. I like the idea of a retro game series that regresses in age, Benjamin Button-style, with each iteration. Perhaps a Yooka-Laylee text-based adventure game will round out the trilogy.

Yooka-Laylee is emblematic of a recent trend of copyright-skirting, fan-funded titles from the last few years. Ex-Capcom maestro Keiji Inafune’s Mega Man successor Mighty No. 9 was fully funded in just two days back in 2013, though that project ended up being less of a success story. Mighty No. 9 limped across the finish line in 2016 after numerous delays and the cancellation of several proposed platform releases and spin-offs, and was a pretty crummy game to boot. In 2015 Koji Igarashi, previously of Konami, launched his own retro game crowdfunding campaign for Bloodstained: Ritual of the Night, a riff on the Metroidvania genre he helped popularize with 1997’s Castlevania: Symphony of the Night. Bloodstained is scheduled to be released later this month.

Yooka-Laylee and the Impossible Lair doesn’t yet have a release date, but it’s scheduled to be released for PlayStation 4, Xbox One, Switch, and Steam.