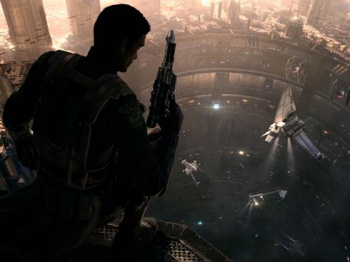 Disney’s acquisition of Lucasfilm may spell trouble for 1313.

Star Wars 1313 looks like one of the most original, creative Star Wars games to come along in years, which is why it’s a shame it may never see the light of day. To be clear, the game has not been canceled, but sources close to LucasArts say that 1313 has been on hold ever since Disney acquired Lucasfilm back in November. LucasArts insists that the game is still in the pipeline, but even if it releases, the game may not come out during its original late 2013 window.

The news comes by way of three independent, unnamed sources, all close to LucasArts. These sources state that progress on 1313 has been frozen since November, the game’s future is uncertain, and that it will most likely not make a showing at E3 this year. LucasArts did not dismiss any particular one of these assertions, simply stating, “LucasArts has been working diligently to take advantage of the tremendous opportunities that the new Star Wars movies present. Star Wars 1313 continues production.”

If the game is indeed on hold, the statement from LucasArts could shed some light on why. Now that Disney can leverage LucasArts, directing its efforts towards games that tie in with the upcoming Star Wars movies makes sense. In fact, once all the dust has settled, it’s not clear at all what will become of the existing Expanded Universe continuity, so investing a lot of time and money in a game set there may be counterintuitive.

Whatever happens to 1313, Star Wars games are probably about to undergo a renaissance thanks to the slew of new films. As licensed games go, Star Wars titles have generally represented the upper echelons, so it’s now Disney’s responsibility to ensure that they continue to do so.