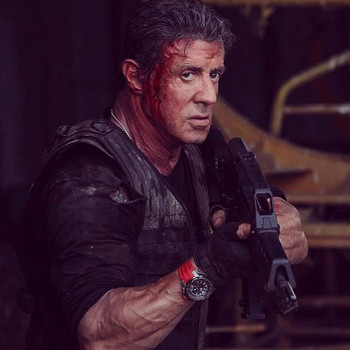 Michael Bay’s Teenage Mutant Ninja Turtles reboot took a 60% plunge from last weekend, but that was still enough to place both it and Disney/Marvel’s holding-strong Guardians of The Galaxy well ahead of would-be rival Expendables 3, which opens with the lowest box-office of its franchise.

The failure of Expendables will likely be blamed on the high-profile leak of the completed film to piracy torrent sites several weeks before its release, but the fact that both TMNT and Guardians are occupying the majority of higher-priced 3D and large-format theaters is almost certainly a factor along with apathy among its older-skewing audience for a PG-13 rating. In fact, the grosses of the two CGI-heavy family-friendly scifi films are so close that some analysts are speculating that Guardians could actually equal or overtake the Turtles to reclaim the #1 spot.

Meanwhile, two other new releases, buddy-comedy Let’s Be Cops and young-adult dystopian adaptation The Giver were both met by disinterest, with many blaming the heavy media presence of the Ferguson police-department scandal for audience rejection of a comedy about two men who impersonate police officers to pull pranks and meet girls.

Box-office prognosticators will now turn their eyes to next week, with focus likely to surround Robert Rodriguez’s Sin City: A Dame To Kill For. The long in coming sequel was not expected to do big returns, but the math may have changed with news that the first teaser for Quentin Tarantino’s hotly-anticipated western The Hateful Eight will be attached exclusively to some screenings of the film.