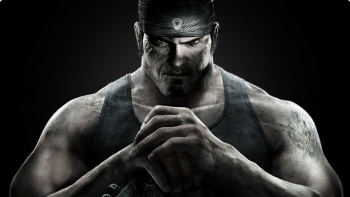 PC ports of Microsoft-published games such as Gears of War and Halo 2 won’t be available for purchase anywhere following the closure.

Well this is surprising. No sooner than we heard that the man who made Steam the king of digital distribution is planning to work his magic with Microsoft, Microsoft has announced that its Games for Windows PC marketplace will be shut down in under a week, on August 22. The actual Games for Windows Live client and service should continue running as usual, so you’ll still be able to download and play previously purchased titles.

“Games for Windows Live titles published by Microsoft are no longer available for purchase from any marketplace.”

While the vast majority of games that are available on the Games for Windows store are will still be purchasable through other stores like Steam, Games for Windows Live titles published by Microsoft, such as Halo 2 and Gears of War are no longer available for purchase from any marketplace.

As for DLC, it will vary from game-to-game. “In-game purchases and other downloadable content purchase availability will vary based on the particular game. Please contact specific game publisher for more information,” said Microsoft.

Lastly, if you’ve still got some Microsoft Points in your account, and you don’t own an Xbox or Windows Phone, you may want to use them up fast. “You can use the currency in your Microsoft account to buy a variety of Xbox content from your favorite Xbox stores,” said Microsoft, adding “and if you have a Windows Phone 8 device, content from the Windows Phone Store.”

The closure of the PC marketplace will come with the same update that will convert Microsoft Points into an actual currency.