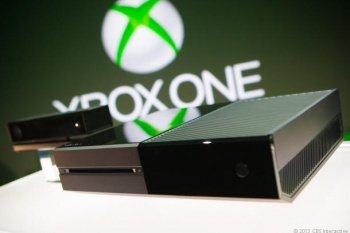 Xbox One buyers, don’t expect any freebies from Microsoft for supporting the console at launch.

With Microsoft’s announcement yesterday that it’s making a cheaper, Kinect-less Xbox One available in June, some people might understandably be upset that late buyers will be able to buy the console at a lesser price less than a year of release. If you’re one of the many early buyers of the Xbox One and was hoping for some sort of reward for your loyalty, sadly, there’s none coming. This was confirmed by Eurogamer in a statement sent by a Microsoft spokesperson when it asked whether any bonus can be expected for early Xbox One buyers.

No. As with many first generation products, the offerings can be expected to change and evolve over time. Kinect remains an integral part of our vision. Xbox One is better with Kinect, making games, TV and entertainment come alive with premium experiences.

Honestly, expecting any sort of reward other than being able to play the games early and having Kinect with your console might have been a tad much. Of course, it wouldn’t hurt if Microsoft gave a free avatar, digital game or something either, too. But that might be construed the wrong way by some and think that Microsoft does indeed regret forcing to bundle the Kinect with the Xbox One.

While this might be seen as bad news to some, don’t forget that as part of Microsoft’s news deluge yesterday, the company also announced that it’s dropping the Xbox Live Gold requirement for Netflix, Hulu and other apps.

For those who bought an Xbox One early, are you expecting some sort of reward from Microsoft or is being an early adopter and getting to play the games before anyone else enough?