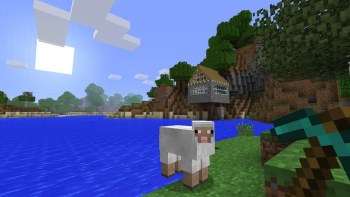 It looks like Minecraft is just as popular on Xbox Live as it is on the PC.

That sure didn’t take long. It’s not exactly unexpected, but Microsoft announced today that just five days after its release, Minecraft: Xbox 360 Edition has sold more than one million units on Xbox Live Arcade. Xbox 360 owners have already sunk more than 5.2 million total online hours in the game, including 2.4 million hours spread across four million multiplayer sessions. At 1600 Microsoft points per copy, that translates into roughly $20 million in sales, not bad at all for five days.

Minecraft was the final game released as part of the four-week-long “Arcade Next” promotion, which also included Trials Evolution, Bloodforge and Fable Heroes. Microsoft had previously revealed that the 360 edition of Minecraft also had the highest single-day sales total of any XBLA game, beating out Trials Evolution.

“Uhhhh, Microsoft just sent out a press release saying Minecraft: Xbox 360 Edition has sold a million copies in five days,” Minecraft creator Markus “Notch” Persson wrote on Twitter. “Wow.” He also noted that despite the wild success of the game across multiple platforms, he is still “not quite Iron Man rich,” but is presumably working on it.