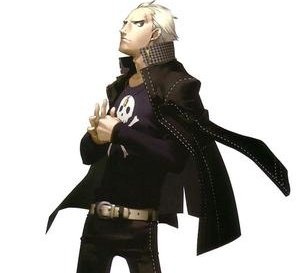 A Japanese website that covers popular gambling/amusement device pachinko has reported that Persona 5 is coming to the PS3.

I suppose it’s only appropriate that a franchise as heavily immersed in the surreal and bizarre as the Persona series should be the subject of speculation as random and strange as this. Bear with me here. A Japanese website called 7rush that covers pachinko – those gambling machines popular in Japan that provide the real-life inspiration for Peggle – is reporting that Persona 5 is coming to the PS3.

Okay, so what does a website about freaking pachinko have the scoop on the next big thing from one of Atlus’ hottest franchises? Apparently the site was on hand at a press event for the Shin Megami Tensei slot machine (told you this was going to get weird), and are claiming that word was given of Persona 5 on PS3 launching as part of a big boost for Shin Megami Tensei in general.

As Siliconera pointed out, the Persona series does have a history of having its games debuted in the least dramatic of fashions: Persona 4 was announced via an insignificant mention in a financial report at Bloomberg. This, then, would not seem so far-fetched, but at the same time, other sites, like Dengeki Online, had nothing to say despite being at the same event. They might have actually been following embargo, while 7rush, being a bunch of gamblers and pachinko addicts, have no such standards.

We reached out to Atlus to get their official statement, and didn’t get much aside from the equivalent of “Persona 5? Wha? Really? Hm. I dunno…“

The Escapist Music Library is Live!