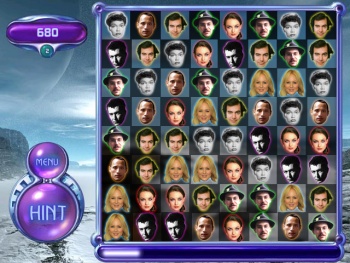 Few games have enjoyed mass-market success like PopCap’s incredibly addictive Bejeweled, and the casual gaming magnate has always tried to push the boundaries of its flagship franchise. The original Bejeweled gave way to Bejeweled Twist, and pushed its way into Blizzard’s behemoth MMOG as an add-on for World of Warcraft.

But the match-three scientists at PopCap keep thinking of ways to evolve the franchise, and we here at The Escapist are proud to announce PopCap’s latest evolution: Celebrity Bejeweled.

Celebrity Bejeweled takes all of the colored gems, and replaces them with celebrities whose names all happen to be gems (or other minerals), like Neil Diamond, Jewel, or former wrestling superstar Dwayne “The Rock” Johnson. Also – in the picture seen to the side here – you might recognize one particular Brit with a sweet hat as a guest star, too.

But that’s not all! There will be one incredibly awesome special edition of Celebrity Bejeweled, featuring the genuine genetic samples from the celebrities in question – for use in research, cloning, genetic splicing, or other household biology as you see fit. For this reason, Celebrity Bejeweled will be selling for a price of $2,000 which is really cheap when you think about it.

Update: The folks at Destructoid have gotten their hands on an exclusive picture of what the retail box is going to look like. Man, isn’t that gorgeous?

PopCap’s full official press release can be found below:

SEATTLE, Washington and DUBLIN, Ireland – April 1, 2010 – PopCap Games, maker of some of the world’s most popular video games, today announced a new celebrity edition of its flagship franchise Bejeweled®. Available only in a limited edition retail box crafted from cubic zirconia and sold only at PopCap.com, Celebrity Bejeweled replaces the traditional gem pieces with holographic likenesses of gem-named superstars from popular film, television, music and sports. Further, the special collector’s edition package includes actual genetic samples of featured celebrities, for use in home chemistry experiments, various forms of extortion and/or sale on eBay. Celebrity Bejeweled carries a suggested retail price of US$2000. (Due to live DNA samples, this product requires hand-delivery to addresses in Kentucky, Michigan and the less lenient counties of Arkansas. Further, some copies may contain trace amounts of Alec Baldwin spliced with Lady Gaga.)

Dozens of celebrities were considered for inclusion in the new game, with the following receiving the ultimate honor of their respective careers: musicians Neil Diamond, Jewel and Crystal Gayle; renowned artist Jasper Johns; and action movie star and former big-time wrestler Dwayne “The Rock” Johnson. Singer Pearl Bailey and NBA Hall of Famer Earl “The Pearl” Monroe will share the honor of replacing the white gem in the game (mostly because Oprah Winfrey refused to legally change her first name to “Opal”). Lastly Amber Smith, former Sports Illustrated swimsuit model and first model of the original Wonderbra ad campaign, will thumb-wrestle TV and film actress Amber Tamblyn (of General Hospital and Joan of Arcadia fame) for the seventh and final gem spot.

About PopCap
PopCap is awesome! 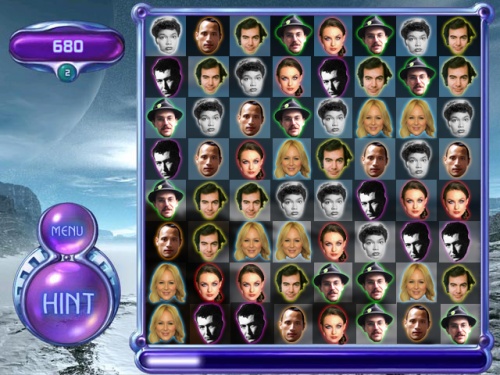