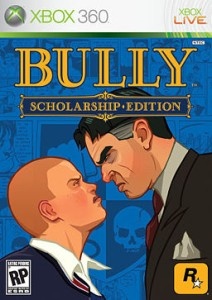 Rockstar says it is “horrified” by reports of technical problems with the Xbox 360 release of Bully: Scholarship Edition, and that it is taking steps to resolve the issues as quickly as possible.

Problems with the updated version of the hit PlayStation 2 game were initially brought to Rockstar’s attention by NeoGAF, which collected complaints of poor framerates, audio glitches and freezing on various sites and forums including 1UP, Destructoid, GameFAQs and the Xbox.com forums. In response, Rockstar President and co-founder Sam Houser issued a statement saying he was “horrified” by the widespread technical problems.

“We have just become aware of the issues people are having with Bully: Scholarship Edition on Xbox 360. It appears that some older 360s are experiencing framerate issues, freezes and other problems,” he wrote. “You have our word that we never experienced any of this in QA – in any of our offices or at Microsoft. I am horrified, and we are now working around the clock to rectify this situation. Thanks to NeoGAF for bringing this matter to our attention.”

“We love our games and put a huge amount of energy and care into making them all that they can be,” he continued. “We would never shove anything out the door – we never have and never will. We apologize to everyone affected for the inconvenience.”