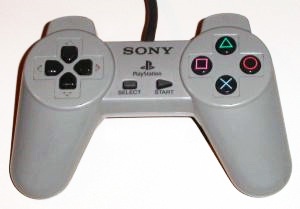 The designer responsible for most of Sony’s videogame products has revealed what the PlayStation controller’s symbols actually mean, and that creating the original product wasn’t easy.

Behind the look of every videogame console and accessory is a backbreaking amount of work. It’s not often that you get to hear about the designers that slave behind the scenes of the likes of Nintendo and Sony and are ultimately responsible for the appearances of the products that look so natural to us in our homes and in our hands. In a recent interview with Famitsu magazine translated by 1up, Sony’s Teiyu Goto, who has been with Sony since 1977, reveals the tumultuous process that led to the current look of the PlayStation controller, and what those symbols on the buttons actually mean.

Surprisingly, designing the original PlayStation, which ended up as Goto’s idea of a “basic box with a circle on top for the CD-ROM,” went as smooth as silk. However, the controller was much tougher to put together. “The console itself was a relatively easy design process, but we went through a great number of stages with the controller,” he says.

Sony management wanted the controller to be very similar to the SNES’s, which was a flat design without grips but with a button layout similar to what we see today on most gamepads. Goto came up with the idea of adding grips, which management said was “simply no good” and that “gamers wouldn’t like it.” Goto switched back to the flat SNES-type design, even though Sony president Norio Ohga himself loved the grips.

Ohga became a supporter of Goto’s molded controller, telling Goto at a presentation of the flat model: “This is no good! Change it! What was wrong with what you showed me earlier?” Though this seems harsh, he was actually boosting Goto’s morale and trying to sway management, but was still unsuccessful. Goto says at a later presentation, “Ohga was about to throw the [flat] model right back at [management]” and Goto had to stop Ohga from breaking it, but luckily this scene convinced the higher-ups that the grips we’ve been holding when we play PlayStation games since the mid-’90s were in.

Goto also revealed that the symbols on the PlayStation controller’s buttons are more than just symbols. They were meant to express the meaning of their functions. He says: “I gave each symbol a meaning and a color. The triangle refers to viewpoint; I had it represent one’s head or direction and made it green. Square refers to a piece of paper; I had it represent menus or documents and made it pink. The circle and X represent “yes” or “no” decision-making and I made them red and blue, respectively. People thought those colors were mixed up, and I had to reinforce to management that that’s what I wanted.”

Goto is overjoyed that these symbols have “come to represent both the PlayStation and the fun of video games.” He continues to work at Sony and was responsible for the design of the PlayStation 3 and its peripherals. When we’re putting in cheat codes, it’s strange to think that we could be inputting “Left, Monkey Face, Monkey Face, Balloon, Eyeball, Right, Eyeball,” instead of the “X, X, O, O, Square, Triangle, Start” that we use today, if it weren’t for Goto.

Black Ops Will Be Brutal, But Not Gratuitous, Says Treyarch