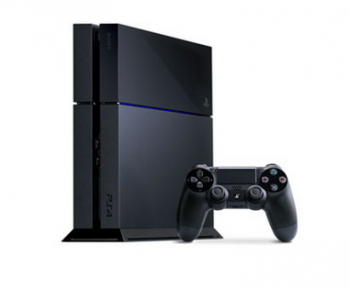 “I’m excited about next week to be able to talk about what was sold as opposed to what we may sell,” says Sony’s Jack Tretton.

“We’re very comfortable with it,” says Sony US Entertainment Division CEO Jack Tretton. The PS4 will finally see the light of day this week, and Sony’s confident in its prediction, that its next generation console will sell 3 million units by year’s end. “I’m excited about next week to be able to talk about what was sold as opposed to what we may sell,” Tretton says.

Supplies are not a problem. Tretton promises a smooth rollout, with plenty of stock leading up to the Christmas season. Not only does Sony expect to sell 3 million by New Year’s, it also predicts 5 million total sales by the end of the financial year in March 2014. But then, it’s covering a lot of bases compared to its closest rival, Microsoft’s Xbox One. Microsoft’s console, due out later this month, will be sold in only 13 countries, while the PS4 will have reached 32 countries by the time Christmas rolls round. The Xbox One will also retail for $100 more than Sony’s console, which may hurt it in the markets where the two are in direct competition.

Sony’s banking on good Games Division numbers, as its other business segments, most notably its Film division, have been underperforming. Which is a polite way of saying its recent films stank up the box office and few want to buy its televisions and cameras. If anyone needs a visit from the Profits Santa this year, it’s Kazuo Hirai; here’s hoping Santa delivers the 3 million in sales Hirai asks for.