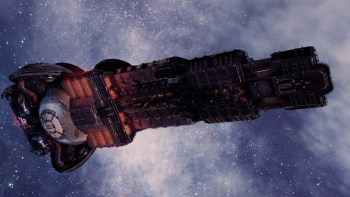 Egosoft boss Bernd Lehahn says he’s sorry for the buggy state of X Rebirth but promises that fixes and improvements are on the way.

If you’re familiar with the X franchise then you probably won’t be surprised to learn that the launch of X Rebirth has not gone particularly smoothly. The game is plagued by a number of bugs, including some rather serious crash bugs, language issues, AI problems and spotty performance on high-end PCs. The good news is that Egosoft isn’t burying its head in the sand, as Lehahn posted a message on the X Rebirth Steam forums over the weekend apologizing for the mess and promising that things are being done.

He called the launch of X Rebirth a “huge success,” with more than 10,000 people playing at any given time on Steam, plus more who are playing offline. “Great though it is to see that the game is so successful and that many people are having a lot of fun with it, it pains me to see every case where the game causes problems,” he wrote. “Sorry folks, I can only apologize for that.”

But the main point of the post is to lay out the studio’s priorities over the next few weeks. Topping the list are language bugs and “true crash bugs,” which the team will try to replicate on PCs built specifically for testing; also in the works are performance improvements for high-end PCs, which Lehahn said appear to be suffering the most.

“This may partly be because we made no special attempt to optimize for fast PCs. It even seems as though the most extreme high-end PCs barely have higher framerates than mid-range ones,” he wrote. “We will be tackling this issue aggressively and will be stocking up on high end hardware for tests, to try out things like SLI and hex-core systems. Of course optimizations will also benefit other systems.”

EverQuest Next Teased for PS4