With all the recent kerfuffle about Rey being skinnier than a battle droid in Star Wars The Force Awakens, and the ongoing complaints that the latest Wonder Woman is built more like a super model than an Amazon warrior, we’ve crossed into the dreaded realm of body shaming skinny women in sci-fi. I wanted to address this whole thing precisely because it doesn’t seem to be going away, and it does indirectly affect those who will choose to cosplay these characters.

I was a teenager in the heroine chic era of the 1990s, personified by Kate Moss’ bobble-head-proportioned body. Curvier women were so marginalized during that era that a backlash formed, and our rallying cry was “real women have curves”. It was an important reclamation of selfhood at the time, but now that underwear is coming with butt enhancers, and thirteen year olds are wearing padded bras, I think it’s important to stop things from swinging too far in the other direction. 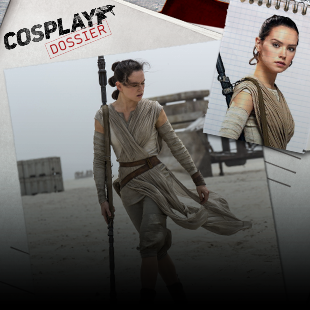 A naturally thin woman can’t help being thin any more than I can help having cantaloupe-sized boobs. I know women who drink Ensure and try to binge on protein to gain weight, and they just can’t. They’re self-conscious about it. They would rather have fuller figures. You don’t hear as much about that experience because of “thin privilege”, but let’s face it: thin isn’t as privileged as it used to be.

We now have the new cast of Ghostbusters, Amy Schumer, and Ashley Graham. We have Adele, Megan Trainor, Beyonce, and Christina Aguilera. And of course there’s Sophia Vergara, who was nicknamed “Sophia Viagra”. Heck, Lena Dunham is naked every other time I see her. Curvier girls have much more representation now. We’re as much the trendy body type now as Kate Moss was in the 1990s, so let’s be better to our thinner sisters than the world was to us. Real women do have curves, but real women come in many shapes and sizes. All women are real women.

I’m not trying to claim that fat shaming doesn’t still happen. Fat shaming is one of the last widely-acceptable forms of discrimination for men and women alike. I’m suggesting, however, that two wrongs don’t make a right, and it’s as wrong to attack a skinny girl for being skinny as it is to sneer at a bigger woman – or man — for being “fat”.

Is Daisy Ridley’s Rey skinnier than some of our skeletons? Absolutely. But keep in mind that her character is shown to be living on half rations, so her physique suits her character. In general, Star Wars needs more female characters with faces, as opposed to CGI aliens or silver Storm Troopers, but we do still have Carrie Fisher’s General Leia, who has also been put through the ringer about her weight.

This is all important to keep in mind because cosplay is supposed to be about the love of a character, not having a flawless body.

Now, granted, the Rey meme that got social networks buzzing was intended to be a parody of Tumblrina approaches to media. The meme got isolated from its context, sent directly to Daisy Ridley, and the rest was a news cycle. According to a loud portion of the internet, Daisy Ridley is supposed to a) just eat shit whenever someone sends her something hurtful, and b) do a complete background check of every person who sends her body shaming content on Instagram before she tells them that the material they’re sending her is rude. It’s unfortunate that a mentally disabled teenager had the internet unleashed on her because of the media focus on this story, but that being said, I don’t think Daisy Ridley deserves to be painted as some sort of internet bully here. Mocking a person’s appearance is a low blow no matter who does it and no matter to whom it’s done – and that’s precisely why the sane portions of the internet can’t stand the Tumblrinas’ catty facsimile of feminism. In fact, I give Ridley credit for continuing to check her own Instagram account based on the sheer amount of horrendously unfair nastiness I’ve seen directed at her character. When people send you that kind of stuff, no matter how much you try to rationalize it, it hurts.

Yes, Ridley is exceptionally skinny. She also has a great energy on screen and a smile that’s just “adorkable” enough to be charming. These are are things about her that secure women can love and praise, even if we’re threatened by not being as thin as she is. 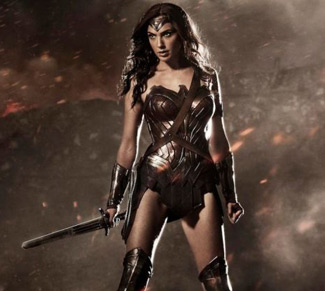 Gal Gadot’s casting as Wonder Woman is a more complicated matter. It’s fair to comment if you think she was miscast, because one would expect Wonder Woman to have thighs that could snap a man’s neck, not that look like they’d snap in a strong wind. At a time when women’s MMA is wildly popular, it is disappointing to get a Wonder Woman of Gadot’s physique, when Gina Carano was a part of Deadpool’s blockbuster success.

And the concerns regarding Gadot’s casting go deeper. Batman vs Superman director Zack Snyder is much better at making sausage party movies like 300. He has a messy track record regarding the women in his films. Often the love interests he casts have little-to-no chemistry with the male leads, and it’s impossible to forget Snyder’s sequined snuff flick, Suckerpunch. So unlike Star Wars director J.J. Abrams, who made decent Star Wars fare even when he was supposed to be making Star Trek movies, Snyder has done much less to earn fans’ trust regarding casting.

All of this being said, none of this is Gal Gadot’s fault. She didn’t cast herself, so if you don’t like it, blame the director, not her. Furthermore, it’s one thing to criticize the casting choice on the grounds that she doesn’t look especially Amazonian. It’s another thing entirely to attack her body as inherently evil or ugly. She’s a beautiful woman, even if it turns out that the naysayers are right and she’s wrong for the part.

This is all important to keep in mind because cosplay is supposed to be about the love of a character, not having a flawless body. But there is still much mockery of cosplayers because general society is still so fixated on appearance. If the nastiness stayed focused on the rich and famous, that would be less bad, but let’s face it: it doesn’t. I go out of my way to include cosplayers on Agents of Cosplay of as many shapes, sizes and colors as I can, because cosplay is about having a uniquely geeky kind of fun, not entering a beauty pageant. All it takes is one entitled jerk who thinks they have the right to body shame people to ruin the fun, so it’s better to train ourselves away from unsolicited appearance-related comments in our everyday lives.