Sometimes the universe aligns in ways that cause me to confront things for my own good, and it just so happened that the cosplay misconceptions episode was scheduled right after an ugly incident of media slut shaming coming out of the Game Developer’s Conference. 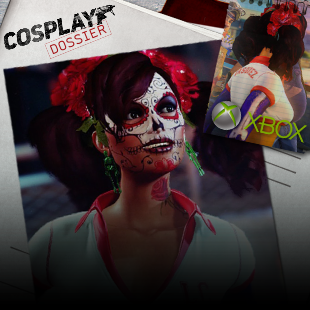 In my opinion, a huge cosplay misconception is that cosplayers are dismissed as attention-seeking exhibitionists. For women, it’s believed that certain costumes are worn to attract unhealthy male attention, and those costumes are gradually being shamed out of geek convention environments. For instance, old-school Lara Croft cosplayers, with the short shorts, thigh holsters, and push-up-bra-enhanced top, have all but vanished. We can’t call something an inclusive environment when prominent symbols start disappearing.

At GDC, Microsoft bungled a PR response, and in doing so, contributed to that stigma against cosplayers. As I understand it, Microsoft hired some dancers for an after hours party. Those dancers were female, dressed in sexy-schoolgirl style costumes, and some party-goers determined that this sent the message that the party was not welcoming to women. The coverage was mostly lazy reproductions of offended tweets, followed by a a vague attempt at immediate damage control by Microsoft head Phil Spencer. The statement claimed that the “unfortunate events” “did not reflect the core values and beliefs of Xbox”. Blah blah blah, something about respect.

Let’s cut to the chase here: “this doesn’t reflect our core beliefs” is code for “those women we hired were dressed like sluts.”

Of course, images of the dancers, with their faces blurred out and boobs bulging like a Sesame Street characters’ eyes, took up more space on gaming news sites screens than the words reporting the scandal. In clucking their tongues at perceived objectification, some news sites actively engaged in a form of objectification called instrumentality, treating a person as a tool for the objectifier’s purpose.

To see how objectification actually works, compare the above image, that reduces the dancers to a collection of body parts, to this alternate image, that shows the dancers as full people, smiling and playing to the crowd. Pretty different presentation, isn’t it?

As a fan of Xbox exclusive games like Dance Central, and Sunset Overdrive, I wondered when this change in Xbox values had occurred, because those costumes seemed pretty in line with stuff I’d seen in Xbox One games. The dancers’ skirts were no shorter than those of Dance Central characters, and, in fact, the outfits looked very reminiscent of Sunset Overdrive’s Las Catrinas ninja cheerleaders’ costumes.

If I recalled those similarities, I guarantee you other people did too. Was I just supposed to forget those characters I enjoyed, and let Xbox insist they never associated with cute girls with aggressive navels during this generation of consoles? Why would Xbox treat a devoted fan and consumer like me like I’m that stupid?

Adding to the pile of “we think the fans are dumb”, one of the complainants, Brianna Wu, made a game called Revolution 60 featuring characters with bondage-style outfits and mini skirts .

To me, Xbox’s “did not reflect our core values” statement came off a lot like “we were always at war with Oceania”. We cosplay to get away from these confusing social messages, and I’m sick of this Sharknado of hypocrisy following us into our fandoms. Spencer’s reaction threw the cosplayer fans of characters like Miss Aubrey and Esperanza under the bus, and I’m not sure he realizes that.

Vague statements like the one Spencer made contribute to the cycle of stigma against cosplayers this way:

Inclusion means you include all women, not just women who can’t handle dancers at a nightclub looking like nightclub dancers. I believe a company that makes money on artistic products should be prepared to defend the types of content included in those products. Xbox didn’t do that at GDC.

Cosplayers tend to get caught in the crossfire of culture wars when we’re just trying to practice our art.

Many women dress provocatively to have power over men. That power is why society wants women to hide away our bodies. Costumes allow women to temporarily overcome this socially-programmed shame connected to the female body. Why do men get to pretend to be supermen, but women aren’t allowed to exaggerate feminine characteristics for fun?

Cosplayers tend to get caught in the crossfire of culture wars when we’re just trying to practice our art. The unwritten rules of “decency” are constantly changing! Game companies can’t expect fans to believe in a fictional world, only for the publisher to turn around and say there’s something inherently bad about that world. Yes, game worlds like Saint’s Row, Sunset Overdrive, and even Ratchet and Clank have some sophomoric elements, but that’s part of what makes those games so cathartic. They’re places where we don’t have to feel bad about butt puns.

Do we expect EA to dive into the corruption of FIFA to keep making soccer games? Are NFL players in Madden going to start developing chronic traumatic encephalopathy? These speculations sound insane, don’t they? So why do major gaming companies flip-flop like dying fish over women’s bodies? Everything has a potential dark side. An M rating in video games means we’re expected to be mature about the content in those games, and not equate consenting party girls with human trafficking. 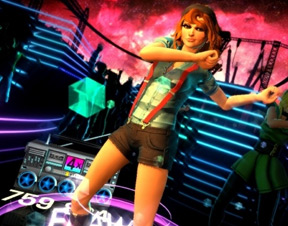 Strangely, sixteen year-olds dressed as anime characters understand this. So why don’t so-called adult professionals grasp that there’s a time and a place for everything, and cleavage at a night club is no more out of step with that culture than overalls would be at a farm. Sure, I’d be happier if there were a few dudes who were being paid to dance as well, because you know what? I doubt that male gaming professionals would be similarly offended by shirtless, gyrating men. After all, plenty of guys play Bioware games, and The Witcher constantly seems to lose his clothes.

But let’s cut to the chase again: the takeaway at Xbox isn’t that there should have been male dancers as well as female dancers, because that wouldn’t solve the problem of female performers that other women found “offensive”. No matter what, Xbox is going to have to choose between its consumers and its critics, because their critics also target their cosplaying consumers. Phil Spencer doesn’t have to experience getting called a slut or a whore on the internet. Cosplayers that cosplay certain Xbox characters do. I have. If Phil Spencer would like to know what that feels like, and how inclusion of certain types of female characters have helped heal some of that pain, I’d be happy to tell him. I think if he understood the importance of video games in that regard, he would have responded differently than he did. Our girly power fantasies might not be the same as those who worship guns, but a truly inclusive approach wouldn’t see our imaginary desires as any less valid.

Xbox cosplayers don’t just love their games — they become walking ads for those games through costumes. Esperanza cosplayers numbered among the early adopters of the Xbox One. How else did they play Sunset Overdrive? So don’t send the message that our opinion as fans matters less than a handful of offended pros. Xbox’s “core values” should include defending a gamer’s right to game without shame, but as of this writing, they don’t.