In the typical “who would win” mental superhero match-ups, the parameters of the fight matter greatly. Does Batman, for instance, get to use kryptonite against Superman? Is the fight during the day? Is the Batmobile involved? All of these elements change the predicted outcome. In cosplay, there are also a lot of variables in the perceived quality of a costume. With so many things on the table, how can you create a contest environment that is, objectively, fair? 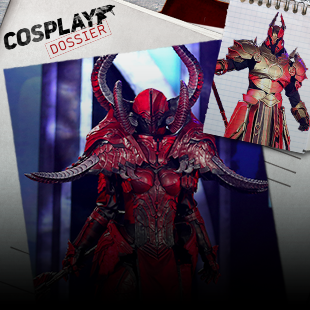 Masquerade judging is exceptionally subjective. Certain elements may be implicit in the masquerade categories, but that doesn’t mean they’ll necessarily be considered by the judges… hence the word “implicit.” Sewing quality tends to be, in my opinion, overvalued, whereas all other types of craftsmanship – resin casting, electrical components, wigs and prosthetics, and so on – tend not to get enough credit, because the judges are less familiar with these skills. This is gradually improving, but there’s still a notable lag behind what cosplayers are doing and what judges are rewarding.

That being said, costume competitions that follow International Costumers’ Guild rules are still, I believe, the most fair contests out there: at least there’s an attempt in these events to factor in years of experience, access to materials, and budgets. But there are still certain realities that mean costume competitions will never be truly equal playing fields. How do you compare a suit of armor with four layers of worbla to an intricately embroidered fantasy gown? It’s like comparing luge and shot put: both are very silly sports, but that doesn’t mean they’re not uniquely difficult. There’s absolutely no starting point to compare which is, objectively, more challenging than the other.

Despite this rampant subjectivity, some people believe that “real” cosplayers compete in masquerades, and “hall costumers” are some lower tier of cosplayer. I reject this assertion. I believe that at the core of cosplay is a conversation with yourself; a piece of who you are in private moments displayed in a very public place. That doesn’t mean that, say, Joker cosplayers are secretly killers. It does mean that there’s something in that character they connect with — I mean, who hasn’t felt crazy at some point? Some people just identify with that state more than others.

Because of this connection to the self, I don’t like competitive cosplay. I don’t think a judging panel can decide that you were a better piece of yourself today better than someone else. “Real” cosplay, for me, isn’t about who sews the best seams. It’s about who comes most alive in their chosen costume. Who best uses it to be happier than they were yesterday. Who most thoroughly embraces fun.

“Real” cosplay, for me, isn’t about who sews the best seams.

I guess I can accept that competition is some people’s idea of fun, but if that’s so, why is there so much drama surrounding costume competitions? Yes, there’s potential for drama when two or more people are involved in anything, but costume contest drama is in its own category. People get upset not just at losing, but at who won. It drives wedges between people in a way I really don’t like.

I’ve been in a lot of judge’s rooms, and I’ve seen every sort of questionable call imaginable, from one judge biasing the decision-making process with the stories of how hard a given friend worked on their costume, to discussions about the politics of rewarding a given cosplayer that have nothing to do with their actual costuming work.

Then there’s that far too common reality that male “celebrity” judges – convention guests the convention thinks people want to see more of but who don’t know squat about making costumes — can get too enamoured with how a given female cosplayer fills out her costume. I don’t like thinking about how many costuming awards have been given out for “hotness.” I’m not saying it’s wrong to find a person attractive, but it’s supposed to be a costume contest, not a beauty pageant. And I’m tired of getting the complaints because I was a judge on a panel that confused a masquerade for Miss Universe. The thing is, costume contests aren’t worth getting into a fight with someone more famous than me. If a judge is really pushing for a particular entrant to win something, they usually do win something, so there’s a lot of favoritism. 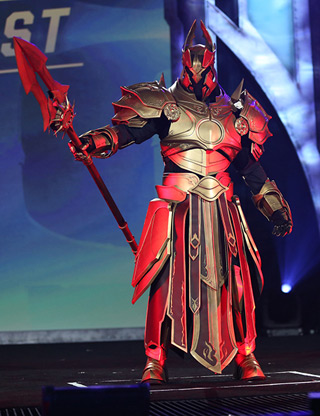 Then there are opposite-but-equally-awkward situations where someone I know enters and they don’t win. I’ve gotten my share of dirty looks and nasty comments because I didn’t “support” a given cosplayer. They’re right: I didn’t support them. I recused myself from judging their costume because I didn’t feel that I was impartial. Once, that resulted in a cosplayer who was a very good friend of mine winning Best in Show even though she’d entered out of competition. That was a pretty funny telling off after the fact, because she was the best entrant, but she hadn’t wanted to lug home the three-foot-tall Red Sonja statuette that had been the grand prize. That damned statue became a running joke, because it never came out of the box, but the box made a handy side table at parties.

I could say that cosplayers who are my friends should understand that they can’t expect special treatment from me when I’m judging, but that would deny what I know about how personal cosplay is. There’s no way to compartmentalize your own dreams into the idea that someone else’s dream was just better that day. Some people are competitive by nature and that’s fine: costume contests are really popular and aren’t going away any time soon. My reasons for cosplaying, however, are connected to wanting to get away from the realities of my day job, and that includes the hyper-competitiveness of the entertainment industry.

This is probably leaving a lot of you asking why I still agree to judge costume contests, and I do have a few answers to that. First of all, I want to make sure that multiple types of cosplay craftsmanship skills are rewarded. There also seem to be a deficit of masquerade judges with a good knowledge of cosplays from video games. One masquerade I judged included a Midna cosplayer who chose Prokofiev’s “Peter and the Wolf” as her music. No one but me understood why that was clever.

I also want to make sure that when every person walks out on that stage, at least one judge is smiling at them. The only way I can make sure of that is if I’m one of those judges. I think that if there were more smiles in competitive cosplay, I might be more for it. My advice to people entering masquerades is to use them as learning experiences: go in if you want the opportunity to get technical feedback on your costume, or if you just enjoy the feeling of that thirty to ninety seconds on stage for its own sake. Don’t enter costume contests for external validation. The politics are just too thick.