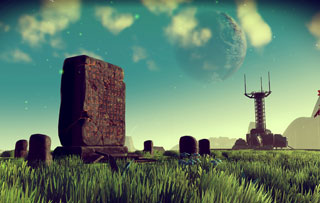 The investigation into the allegations of false advertising by Hello Games has concluded, and the results have been announced.

Back in September, the UK’s Advertising Standards Authority received a number of complaints that the advertising for No Man’s Sky. Due to those complaints, the agency launched an investigation. This morning, the ASA announced the results of that investigation.

In a statement on its website, the ASA said that its investigation was complete, and that there was no breach of advertising laws. The statement reads in part,

“We understood that the screenshots and videos in the ad had been created using game footage, and acknowledged that in doing this the advertisers would aim to show the product in the best light. Taking into account the above points, we considered that the overall impression of the ad was consistent with gameplay and the footage provided, both in terms of that captured by Hello Games and by third parties, and that it did not exaggerate the expected player experience of the game. We therefore concluded that the ad did not breach the Code.”

The investigation comes to a close just as public opinion on No Man’s Sky appears to be shifting a bit. This is largely due to the game’s Foundation Update, which released earlier this week. It added base-building, a survival mode, and a number of other much-requested features.

Rogue One Will Never Get a Sequel