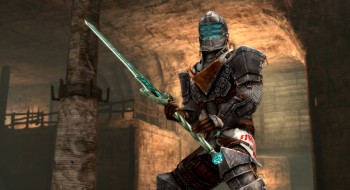 If you’ve been meaning to pick up either (or both) Dragon Age titles for your computer, you really don’t have any excuse to miss this.

Amazon’s got another serious deal for gamers. This time around, the price-slashing is happening with the Dragon Age Pack on Amazon’s digital storefront. As opposed to a lot of other sales, though, this features two games for less than the price of one.

The pack contains both Dragon Age: Origins Ultimate Edition and Dragon Age II. Both the PC and Mac versions have been discounted 80% from $49.99 to $11.99. The Ultimate Edition of the game includes the Awakening expansion, as well as “all nine additional content packs.”

Normally Amazon’s game deals feature noticeable price drops, but this seems like a more extreme discount than usual. The deal’s good for today only, though, so take advantage of it while you can.