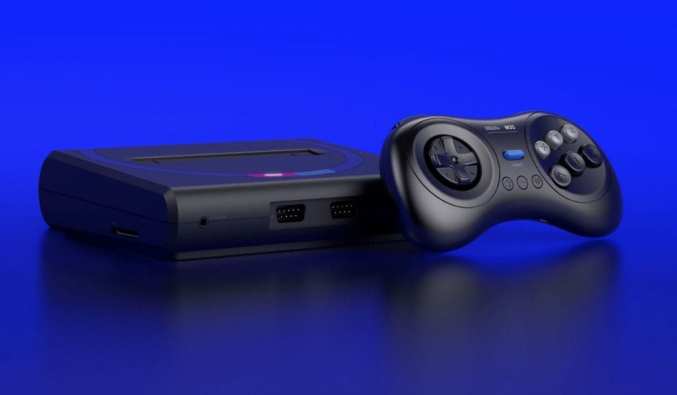 Analogue, Inc. created an entirely new type of video game machine with the Analogue CMVS back in 2011: the high-end art piece console. Since then the company has ridden a rising tide of interest in vintage gaming machines like SNES Classic and various emulation boxes like the Retron by specializing in a whole line of luxury systems. Having colonized the 8- and 16-bit Nintendo landscape with its Nt, Nt Mini, and Super Nt consoles, Analogue has set its sights on another corner of the gaming canon. The new Mega Sg, a sleek box modeled on the beloved Sega Mega Drive or Genesis, will play almost every cartridge-based game Sega ever made when it releases in 2019.

Mega Sg’s opulent, minimalist casing hides the same Altera Cyclone V FPGA as the Super Nt, one modeled to run Sega’s pre-32X hardware. (An FPGA is a customizable circuit that can do more than one thing like, say, precisely emulate the functions of an old, highly-specified computer like a gaming console. More simply: it’s hardware emulation rather than software emulation.) If you want to play any Genesis game from around the world, the Mega Sg will do that. If you cough up for one of the $10 adapters Analogue is making, it’ll also run any Game Gear, Master System, SG-1000, or Mark III cartridge. Though it won’t natively run Sega CD or 32X games, it will support those cumbersome hardware add-ons if you have them — just in case you absolutely, positively have to play Sewer Shark in 1080p using an authentic disc.

Analogue’s admirable mission is making classy machines that let people play old games in the most authentic way possible. Video games, while a technology-defined medium, should not be cursed to obscurity because there’s just no convenient way to access them anymore. Nor should classic games be relegated to the dustbin of fond memories; just because a Genesis game is 25 years old, that doesn’t mean it’s not artistically relevant today. And since cartridge games are proving sturdier than the increasingly brittle machines that ran them on non-HD televisions, it’s worth having a high-quality lasting machine that will play them.

“We’ve got no interest in nostalgia gimmicks or making toys,” Christopher Taber, Analogue CEO, told NintendoLife after the Mega Sg was announced. “Either way, I’ve always wanted to do the be-all and end-all Sega system — and here it is.”

Something is still missing from the luxury classic console market that’s emerging, though: support for disc-based media. While a number of software emulation-based consoles have been developed, few have made it to market and none have matched the quality of Analogue’s machines. Expensive, promising devices like the Polymega console are a step towards preserving the libraries of fragile, disc-based consoles, but early playtests on that machine have found that everything from SNES games like Star Fox to PlayStation 1 games like Tekken 3 don’t run as they would on their native devices.

Even with the Mega Sg, Analogue still has a wealth of non-CD-ROM technology to tackle, whether it’s a high-end TurboGrafx-16 or even an Analogue Nt 64. The need for modern replacements for the 32-bit era just increases as the motors in PlayStations, Saturns, and Dreamcasts start to degrade alongside CDs themselves.