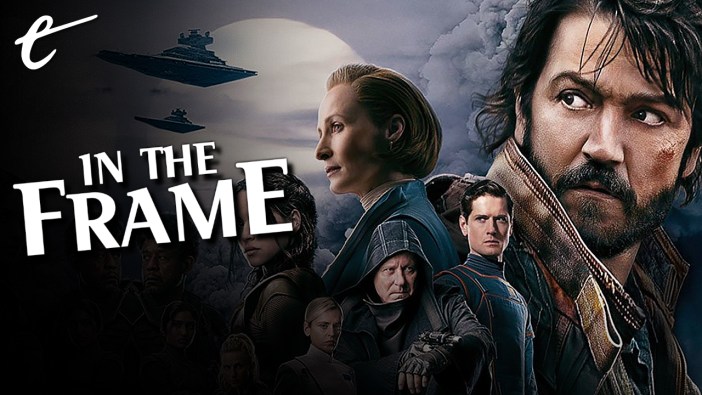 This article contains minor spoilers for Andor in its discussion of Star Wars and the influence of 1970s culture and movies on the Tony Gilroy series.

On last week’s episode of Andor, Cassian Andor (Diego Luna) found himself sentenced to the Imperial penal colony on Narkina 5. With its white prisoner uniforms and sterile working environment, not to mention its black-clad guards with their cattle prods, critics were quick to note the aesthetic similarities between the prison and the world crafted by Star Wars director George Lucas in his debut film, THX-1138. This was not the show’s first reference to the film.

On one level, these sorts of references and allusions are not unusual within a major franchise property. For all the outrage that the scooter-riding “mods” caused among certain Star Wars fans in The Book of Boba Fett, they were an obvious allusion to George Lucas’ second film, American Graffiti. There is a sense in which grappling with the legacy of Star Wars in these projects means grappling, to one degree or another, with the films around Star Wars.

This was also the case with the second season of The Mandalorian, where many episodes evoked classic 1970s and 1980s films released around Star Wars. “The Marshal” featured a fairly overt reference to the most famous shot from Jaws, the movie that invented the modern blockbuster alongside Star Wars. “The Passenger” featured a threat very similar to that from Alien or Aliens. “The Believer” riffed on William Friedkin’s Sorcerer, a classic that Star Wars crushed at the box office.

That said, Andor stands quite apart from earlier Star Wars streaming shows like The Mandalorian and The Book of Boba Fett in how it has decided to build out its world. The show doesn’t just include direct allusions to the popular culture around the original Star Wars films. It has made a conscious and deliberate effort to build out the larger Star Wars universe in a way that feels firmly rooted in the franchise’s original 1970s milieu.

In a very literal way, Andor takes the Star Wars franchise to places beyond the original trilogy. It visits Coruscant, the city planet established as the heart of the Galactic Republic in the prequels but that was only retroactively added to the montage at the end of Return of the Jedi. Andor visits the resort planet of Niamos, which is basically “Space Florida.” There is obviously the “Imperial factory facility” on Narkina 5. These are places (and types of places) unseen in the original trilogy.

However, part of the beauty of Andor is the way in which the show cleverly reconciles these ostensibly new environments with the “used future” aesthetic of the original trilogy. Obviously, the sections of Coruscant inhabited by Mon Mothma (Genevieve O’Reilly) recall the prequel trilogy. Indeed, several of her scenes take place in the Senate Chamber from those films. However, Andor takes its cast to the more brutalist and industrial sections of the city planet.

It is also reflected in the show’s production design, overseen by Luke Hull. The show’s technology looks derived from 1970s science fiction. In “The Axe Forgets,” Karis Nemik’s (Alex Lawther) navigation device is obviously based on a Polaroid SX-70, in production from 1972 to 1981. When Cassian is sentenced at the end of “Announcement,” the judge (Beatie Edney) uses a device clearly modeled on a Knuckle Buster, an old credit card imprinter that became obsolete in the 1980s.

There is something clever in all of this, with Andor building out the universe of Star Wars in a way that fits comfortably with what came before but is never beholden to it. There is a tendency in modern franchise media to simply emulate what came before, to offer facsimiles and copies. The Mandalorian is, after all, a show built around a character who looks like Boba Fett (Jeremy Bulloch) and travels with a baby that looks like Yoda (Frank Oz), to ice, forest, and desert planets.

Andor is notable for largely building its own worlds and characters, but doing them in a way that manages to be both faithful to classic Star Wars and also stand apart from it. For most of its season to this point, Andor has built out the margins of this fictional universe rather than simply repeating or rehashing what came before. However, it has managed to do this in a manner that feels like a logical extrapolation of what George Lucas established back in 1977.

Showrunner Tony Gilroy has been quite candid that he was not “a fan” of Star Wars before working on Rogue One. There is nothing wrong with this. When Star Trek II: The Wrath of Khan director Nicholas Meyer was first approached about working on that film, he replied, “Star Trek? Is that the one with the guy with pointy ears?” Perhaps because he had no predefined relationship to the franchise, Meyer could reinvent Star Trek and give the franchise one of its best movies.

Gilroy might not have had any preexisting emotional attachment to Star Wars, but he has a long-held fascination with the pop culture from which it emerged. Many critics position Star Wars as one of the death knells of the so-called “New Hollywood” movement, the revolutionary wave of films from the “Movie Brat” directors like Lucas, Steven Spielberg, Martin Scorsese, and Francis Ford Coppola. These were mature and provocative films that tapped into the paranoia of their era.

In reality, Star Wars is best understood as part of that daring cinematic movement. Although its sharper edges are often sanded down by nostalgia, Star Wars is a movie that is firmly rooted in its original time. George Lucas has talked about Star Wars as his attempt to make a movie about the Vietnam War and how Emperor Palpatine (Ian McDiarmid) was inspired by Richard Nixon. Even Star Wars’ “used future” aesthetic spoke to a generation that had given up on 1960s utopianism. 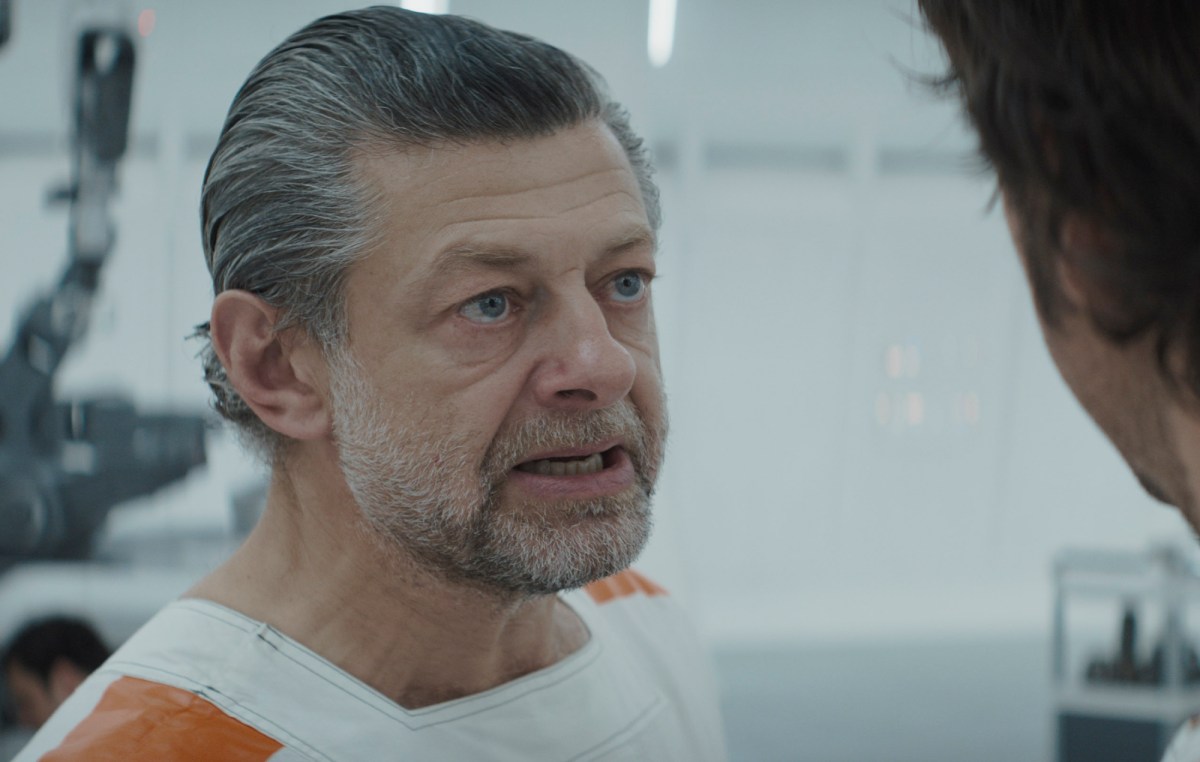 “70s movies are the heart of where my moviegoing obsession really began, and they’re still the films I go back and look at the most,” Gilroy told Filmmaker magazine following the release of Michael Clayton. “It was a combination of muscular filmmaking with great subject matter. And ambiguity. Muscle and ambiguity and complexity and loose ends.”

This explains a lot about Andor. The show is saturated with “muscle and ambiguity and complexity and loose ends,” particularly within the confines of modern franchise media. Indeed, the show’s inciting incident occurs mere moments into “Kassa,” when Andor accidentally kills a corrupt law enforcement official (Stephen Wight) trying to shake him down outside a seedy bar and then cold-bloodedly murders the victim’s partner (Lee Boardman) to cover up the crime.

It’s a moment that directly evokes one of the most discussed moments in the original Star Wars, when intergalactic smuggler Han Solo (Harrison Ford) establishes his character by shooting mercenary Greedo (Paul Blake) in cold blood at a seedy bar. Lucas would controversially revise that scene in later releases of the film, but that scene firmly situates Star Wars in the context of 1970s cinema, populated by charming and ruthless antiheroes unafraid of preemptive violence.

To be clear, Andor is no more and no less “adult” than the original Star Wars film was in 1977. Rather, it is engaged with the culture that produced it. Part of what distinguished 1970s filmmaking from what came before was that many of these directors were graduates of film school, and many of them had grown up with an enthusiasm and affection for genre fare. Many of these filmmakers would either synthesize these influences into something new or offer updates on classic genres. 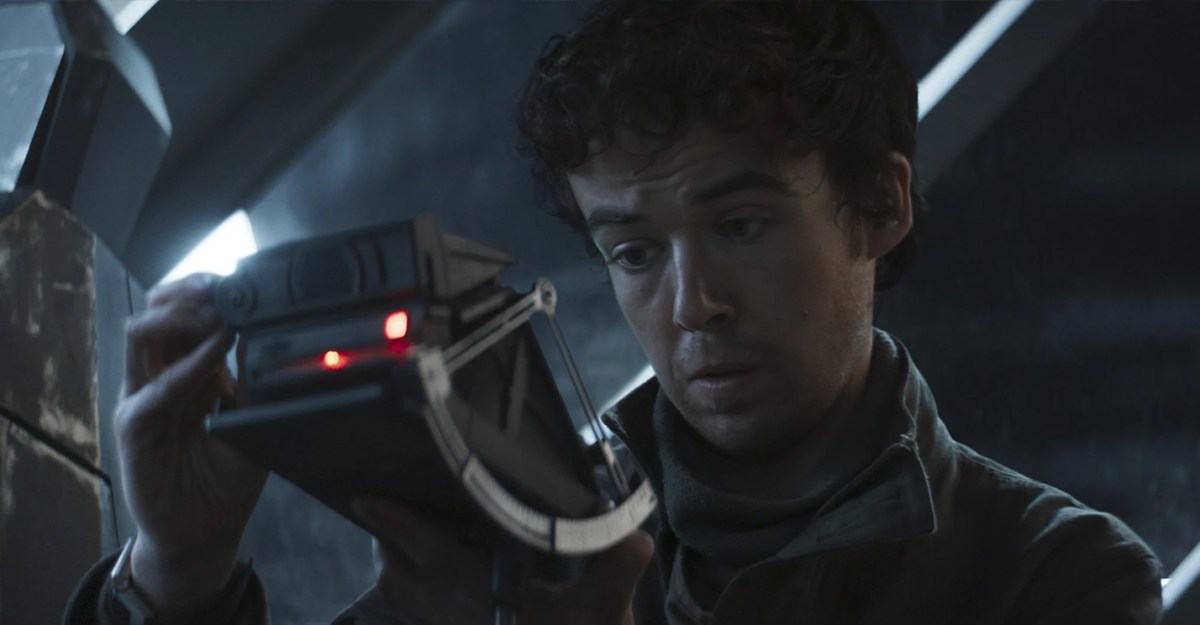 After all, Star Wars was a hybrid of Lucas’ influences, from the films of Akira Kurosawa to classic war movies. Classic genres were updated. The New Hollywood era saw a wave of revisionist westerns like The Wild Bunch, High Plains Drifter, and The Outlaw Josey Wales. It’s telling that many of these directors would trip up trying to reinvigorate the classic movie musical: Martin Scorsese’s New York, New York, Francis Ford Coppola’s One from the Heart, Peter Bogdanovich’s At Long Last Love.

To this point in the season, Andor has built its core three arcs around genres that were heavily revised by 1970s cinema. “Kassa,” “That Would Be Me,” and “Reckoning” are effectively a war movie, focusing on the Preox-Morlana incursion onto Ferrix. However, it is consciously a post-Vietnam War take on the genre, treating the expedition as a disastrous miscalculation with horrendous and unpredictable results. There is no glory or heroism to be found on that field of battle.

“Aldhani,” “The Axe Forgets,” and “The Eye” construct a high-stakes heist movie. However, it is one that feels very informed by gritty 1970s takes on the genre like The Anderson Tapes or Dog Day Afternoon. At The Ringer, critic Ben Lindbergh drew a connection between that arc and the gritty wartime “men on a mission” movies that were popular in that era: Where Eagles Dare, The Eagle Has Landed, and Force 10 from Navarone.

The recent arc that began with “Narkina 5” owes a lot to the prison movies of the late 1960s and into the 1970s, films like Cool Hand Luke, Papillon, Turkish Express, or Escape from Alcatraz. Of course, it’s not that these genres didn’t exist before the 1970s. After all, war movies, heist movies, and prison movies are a staple of Hollywood production. However, Andor seems to be riffing on the more grounded, cynical, and brutal reinventions of the genres that came about in New Hollywood.

In this way, Andor extends and develops the Star Wars franchise in a way that is firmly anchored in the film’s original context. After all, the cynicism that informed the original Star Wars has aged well, resonating in the current paranoid moment. Andor is undoubtedly a modern and timely take on Star Wars, but it accomplishes this by taking Star Wars back to its roots.