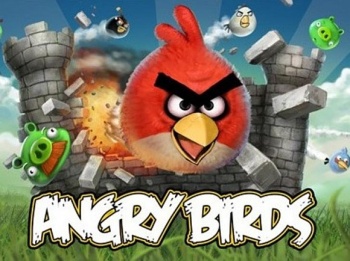 It may have started out as a simple iPhone game, but Angry Birds has become a full-blown media phenomenon. The title hatched countless sequels, spin-offs, collectibles, plushies, even honest-to-God National Geographic collections, and its popularity isn’t likely to dim anytime soon. Out of the remaining mediums for Angry Birds to slingshot into, creative team Rovio Entertainment is arguably most excited about film, and has spent the past two years working towards that goal. These efforts are finally paying off; the developer has officially announced that Angry Birds will get its theatrical release in the summer of 2016. Rovio will finance the computer-generated adaptation while Despicable Me‘s John Cohen and Iron Man‘s David Maisel have signed on to produce.

“I’m so excited and honored to be working on this film with Mikael, David, and Rovio’s incredibly talented game developers and artists,” said Cohen. “From both an entertainment and strategic perspective, Rovio is at the forefront of game innovation and is trailblazing terrific new ways for Angry Birds fans to interact with these characters. I’ve personally spent countless hours playing the Angry Birds games over the last few years, which I can now happily justify as research for the movie.”

Angry Birds doesn’t exactly have a plot or character arc that can be translated to film, but from a production perspective it should be an interesting experiment. Rovio is developing the Angry Birds movie outside of the traditional studio system, and by doing so maintains full creative control over the project from start to finish. It’s the same process Marvel Studios used to create its Cinematic Marvel Universe, and while that doesn’t guarantee a critical success, it will allow Rovio to create as faithful an adaptation as it wishes. Considering how rarely that happens for videogame adaptations, the Angry Birds movie could be worth following for that detail alone.

Submit Your Questions for the Upcoming Miracle of Sound Q&A!