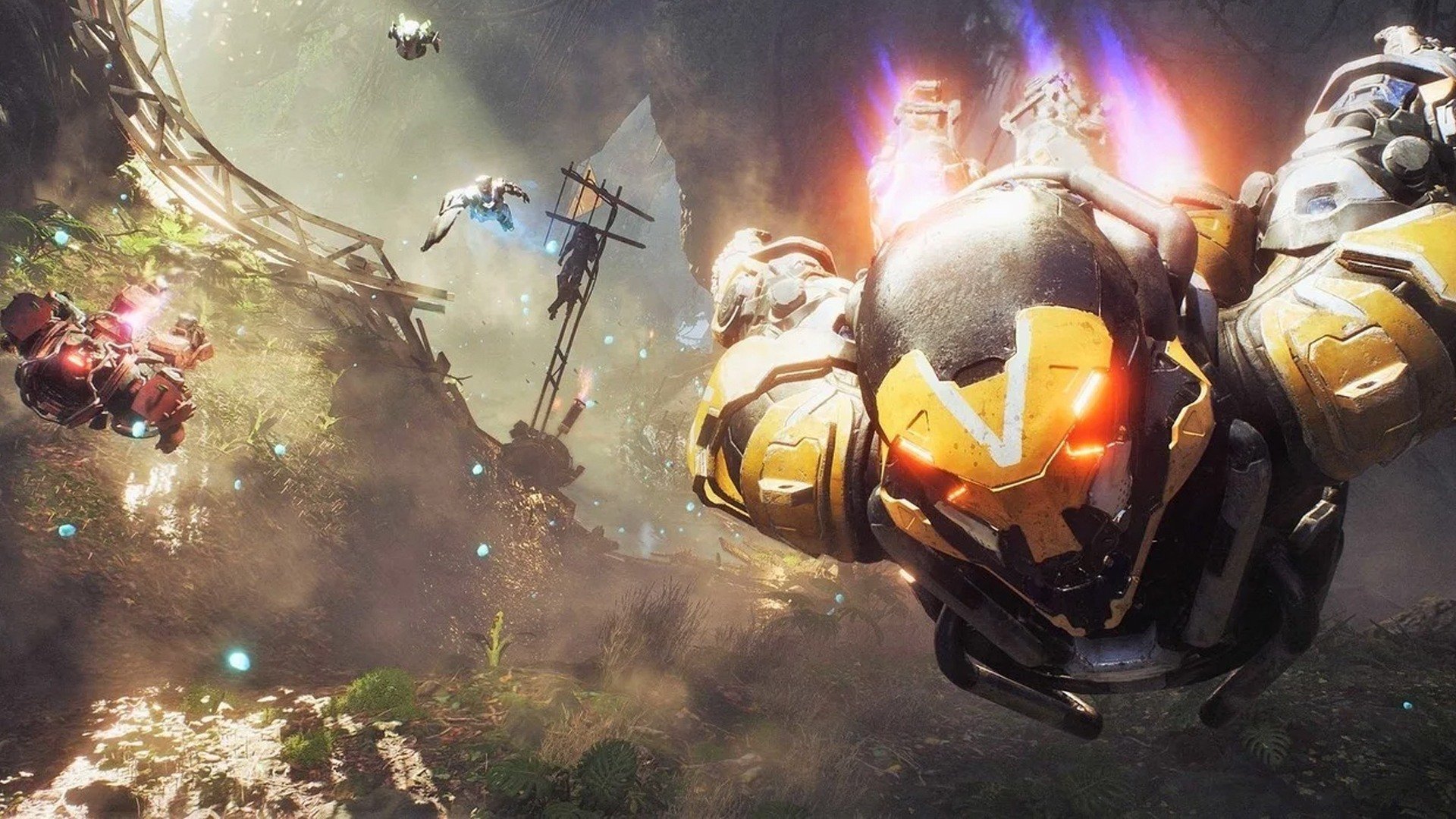 BioWare General Manager Casey Hudson announced earlier this week that the rumors were true and that the decorated role-playing game studio was working on an overhaul of Anthem. While specific changes weren’t given, it was hyped up to be “a more substantial reinvention than an update or expansion,” and the studio is pausing its original plans for seasonal content. It’s a move that is needed considering how dead on arrival the action RPG was upon its 2019 release, but this change could be coming too late as there aren’t too many fans clamoring to play Anthem anymore. However, there is one key factor that can make this redesign payoff for Electronic Arts: the upcoming console launches for the PlayStation 5 and Xbox Series X later this year.

It’s easy to wonder why BioWare is even bothering with trying to fix a game that is currently sold in bargain bins, but the logic is easy to understand when all was riding on Anthem’s success. Unlike BioWare’s other titles, Anthem was always meant to have a long life under a games-as-a-service model. That made its failure upon launch all the more significant as it couldn’t just be brushed under the rug like Mass Effect: Andromeda and treated as a lesson to learn from.

Instead of being a temporary blow, Anthem‘s failure uprooted years of content plans that impacted the current and next generation of games and potentially the entire studio’s current direction. Even though it has become unlikely that this will become BioWare’s Destiny at this point, it makes sense that EA and the studio want to salvage what they can, even if at great financial or labor cost.

While it’s impossible to get a second chance at a first impression and there will always be a stink associated with Anthem, the upcoming console launches do provide a chance at redemption. After the high-profile launch titles are checked out, the owners will be looking for something meatier to dive into. After all, there’s always a bit of a lull after systems come out, and that’s typically the period where ports shine. (Just look at how well Nintendo has leveraged older games to keep the Switch selling to see this in action.) This gives EA a chance to strike while the iron’s hot, and releasing the update while it’s still novel to play a game on the new systems should be a priority for them.

If BioWare can deliver the revamped Anthem within the next generation’s launch window and offer upgraded versions for PlayStation 5 and Xbox Series X, then BioWare can bring back some lapsed players and new ones in one fell swoop. Considering how cheap it is to purchase Anthem at the moment, EA can only really count on a new SKU, expansions, or microtransactions (which have already been implemented via in-game shards) to earn their money back. It’s a much easier sell for EA to convince consumers to spend money on a next-gen version of Anthem with plenty of bells and whistles added than pointing them towards what is currently found in bargain bins. As such, a new retail release could come packaged with shards (the game’s premium currency) or an expansion pass depending on what EA decides on doing.

The type of game Anthem is also plays well with a console launch. Online connectivity has improved with each console generation, and social interaction once again is a focus, with Microsoft going so far as to add a Share button to its controller like Sony has. If EA and BioWare wind up delivering a game that players want to actually play this time around, it can easily become one of the system’s first “hangout games.”

Similar to how Warframe‘s popularity received a boosted when the PlayStation 4 launched, Anthem can provide something that the launch window lacks and fulfill a niche for those looking for a fun action game to play with friends. So, if discoverability and friend lists are easier to access than before, the redesigned Anthem has a higher chance of succeeding through positive word of mouth than on current systems alone.

As previously discussed, revamping Anthem won’t be easy. And it will be even more difficult to get it to the point where players want to invest more money into the franchise, but this sort of turnaround is possible.

There are currently plenty of unknowns about the revamped Anthem. What exactly is getting changed? Will there be a long-term support plan after it’s updated? When will it be released? All of these will be answered in due time by BioWare, and they’re doing the right thing by not making promises they might not be able to keep. They’re sending the right messaging at the moment by saying that they’re focusing on gameplay first. It’s still entirely possible that what will be done will wind up being too little, too late, but the launch of new consoles at least gives Anthem a better chance at finding an audience once again than if it were releasing mid-cycle.