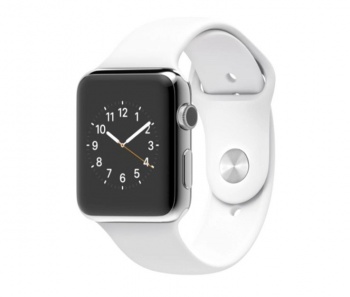 It seems that Apple’s newest gizmo isn’t quite “ticking” with its user base.

The Apple Watch isn’t the first smartwatch, but in true Apple fashion it is pretending that it is, and like the MP3 player and smartphone before it is attempting to make the gizmo the next big “everyday” thing in tech. Unfortunately, it’s not quite “ticking” with its user base, as sales have plunged a whopping 90% since the watch’s opening week.

Market Watch reports that fewer than 20,000 watches a day are moved in the US, with particularly bad days dropping to lower than 10,000. This is an incredibly stark contrast to the watch’s launch week, which saw 1.5 million watches, or around 200,000 per day, sold.

And those super fancy, super expensive solid gold Apple Watches? Less than 2,000 have been sold since the device’s launch.

While a drop-off in sales following launch week is nothing out of the ordinary, a drop this stark does paint somewhat of an ominous picture for the device.

However, Apple probably isn’t too worried as the Apple Watch contributes to a mere 4% of its profits, and is more of an experimental new product than anything else.

Honestly, I’m not surprised. I’ve said it before and i’ll say it again: Smartwatches are never going to take off until we can get high-capacity fast-charging batteries. Having to plug your phone in every night is annoying, but also having to charge your watch every damn 12 hours is unacceptable.