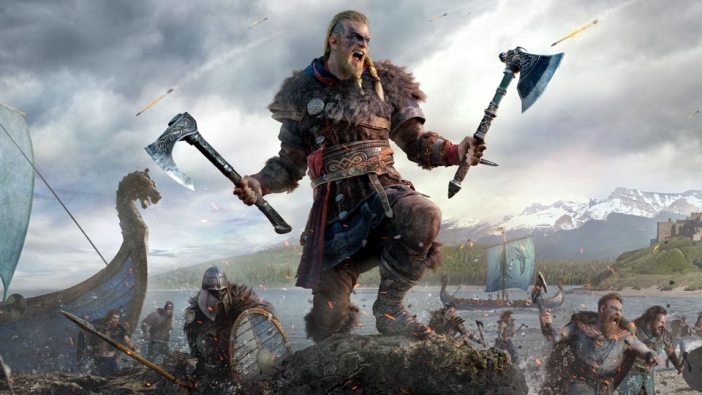 Assassin’s Creed Valhalla may have only debuted with a CG trailer today, but Ubisoft has shared more specific gameplay details since. Eurogamer provided the first batch of information, including the fact that Assassin’s Creed Valhalla is primarily a single-player experience with “many online components, encouraging players to share their progress and creativity.”

Through the campaign, players can choose between playing as a male or female Viking named Eivor (pronounced Ay-vor) as they forge their own Viking settlement. After the trailer dropped, The Last Kingdom and Gentleman Jack actor Magnus Bruun revealed that he plays the male version of Eivor. There is no word on who will play the female version of the character.

Through Assassin’s Creed Valhalla, players will be granted the option to customize Eivor with things like a beard, tattoos, and war paint. Armor and your Viking longboat will also have a number of personalization options.

Scandinavia, Norway, and Britain will serve as the locations players will be able to visit, with an added twist that you’ll be able to build your own Viking village. Lead producer Julien Laferrière expanded on the settlements and their utility in-game: “It’s your own Viking village you’ll see prosper and grow, and which your clan mates will live in. It’s at the center of our quests and the center of the decisions you make. We want players to see the consequences of their actions.”

Players will get to know the people of that era through the “harshness of the lands” and “the political pressure there.” Laferrière added that there will be “a few surprise areas” but didn’t elaborate.

As per usual, Ubisoft has made Assassin’s Creed Valhalla fit in with the historical foundation the franchise is known for, but mythological elements will be present, too. Laferrière didn’t want to delve too into the lore considering it goes into “major spoiler territory.” However, he didn’t shy away from the fact that Vikings and the legends of the Norse gods are intertwined, with many claiming the gods were present during battles. This can be seen in the trailer, where the lead Viking calls out a mysterious figure-turned-raven that appears to be Odin.

Speaking of the raven, Ubisoft confirmed the animal will be Eivor’s animal companion in Assassin’s Creed Valhalla.

Ubisoft has since launched a website as well that offers more general information on its latest title, which details preorders and a look at the $200 Collector’s Edition, which serves up our first official glimpse at female Eivor (below).

A description for the game on Amazon also confirmed that Assassin’s Creed Valhalla will support Microsoft’s Smart Delivery feature, meaning players can purchase the game once and still receive both the Xbox One and Xbox Series X versions.

The game is set to release by the end of the year, so expect more details to drop between now and then. Microsoft has also revealed plans to host a first look at next-generation games on May 7, and Ubisoft confirmed via Twitter that Xbox Series X gameplay for Assassin’s Creed Valhalla will make an appearance.