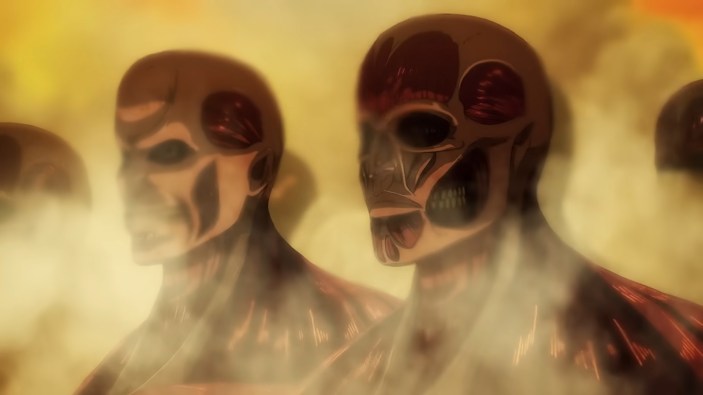 Animation studio MAPPA has finally given us a release date for Attack on Titan: The Final Season Part 3, setting a course for the end of the world come March 3. The season will premiere in two parts (yes, really), with the first arriving in March and the second set to begin sometime later in 2023. A trailer for the grand finale helped reveal the schedule today, teasing MAPPA’s adaptation of one of the most iconic panels from the Attack on Titan manga. Take a sneak peek at the carnage yet to unfold in the Attack on Titan: The Final Season Part 3 trailer below.

Attack on Titan last left fans on the edge of their seats when (SPOILERS!) Eren Jaeger launched his attack on humanity. With the rest of the cast following miles behind, it’s clear the final season will bring death, destruction, and lots of tears. Manga readers have known how the story will unfold since the manga version wrapped up in 2021. There will likely be some narrative differences between the anime and its comic counterpart, but fans should still be wary of manga spoilers until Attack on Titan: The Final Season Part 3 finishes up later this year.

It’s unclear where Attack on Titan: The Final Season Part 3 will be available to stream when it begins premiering at 12:25 a.m. Japan time. However, if past seasons are anything to go by, we can likely expect to see its subbed version cast simultaneously on Crunchyroll.

Attack on Titan will end its decade-long run in anime this year. Keep checking for more information on how to tune in for yourself.