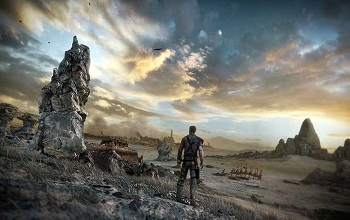 Avalanche Studios recently gave gamers their first glimpse of Mad Max, a game based off of the mold-breaking movie of the same name, with a trailer showcasing the open world title’s gameplay. Now, Avalanche’s Peter Johansson, senior designer for Mad Max, has offered new comments on the game and its potential appeal to gamers.

“[Mad Max is] like a dream come true,” said Johansson. “We get to do what we love the most… crafting these really huge worlds, filling it with lots of action-packed content, and of course, giving the player lots of freedom to explore that content.” While Avalanche itself is clearly excited, its enthusiasm may be rivaled by fans of the film franchise whose reactions to the game have been, by and large, positive. “It does seem that the response has been especially strong amount older folks; that image of the legendary Mad Max that they remember from watching the movies as kids.” That said, Johannson also thinks the game will be able to find appeal beyond established franchise fans. “His vehicles, the wasteland… it’s all part of our vernacular. It resonates quite well with younger players, so I think they’re going to be equally excited.”

Only time can tell if that will be the case. While Mad Max is certainly a significant franchise in the history of post-apocalyptic fiction, the fact remains that the original movie is now more than thirty years old and perhaps not as well known to newer generations. While old time fans are understandably eager, it will be interesting to see if younger gamers more familiar with newer franchises will respond as Avalanche hopes to its take on the title.