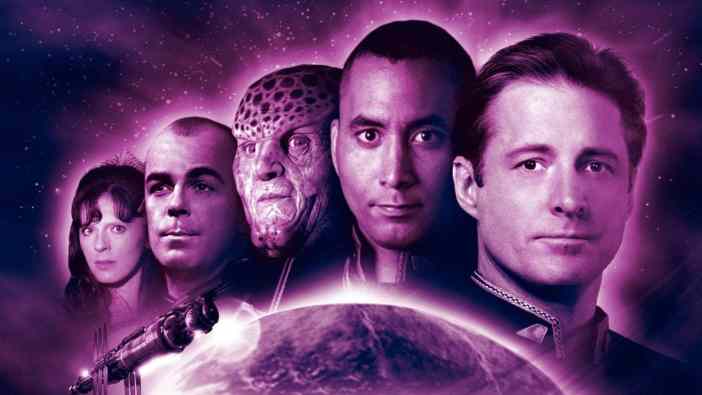 Time to return to a five-mile floating can in space. Variety is reporting that a Babylon 5 reboot is headed to The CW from original series creator JMS (J. Michael Straczynski), who has recently been teasing the possibility of this return. He will be writing the series as a complete reboot and will also executive produce the show.

The sci-fi series has a major cult following and was, while it was on for five seasons, considered some of the best science fiction on television. Fans have been clamoring for more for years, but it never seemed that possible after the spin-off series Crusade ended. However, Babylon 5 has had a bit of a resurgence recently thanks to HBO Max streaming, and it seems to have triggered this reboot. At the moment Straczynski said he is working on the reboot pilot episode and that CW is giving him a lot of space to make his own creative decisions for a series that will be different from the Babylon 5.

“We will not be retelling the same story in the same way,” said Straczynski. He went on to say, “There would be no fun and no surprises. Better to go the way of Westworld or Battlestar Galactica where you take the original elements that are evergreens and put them in a blender with a ton of new, challenging ideas, to create something fresh yet familiar. To those asking why not just do a continuation, for a network series like this, it can’t be done because over half our cast are still stubbornly on the other side of the Rim.”

The original series followed the events on the titular Babylon 5, a space station in neutral space during a tenuous peace in the universe. However, events began unfolding that set humanity at war against a race far more advanced than themselves with John Sheridan, an Earthforce officer, at the center of it all. The show, alongside Star Trek: Deep Space Nine (which also drew from Babylon 5), was one of the first shows to be constructed with a series-long narrative in mind instead of the episodic content that was predominant at the time. Its success influenced not just other science fiction but television as a whole.

Now that a Babylon 5 reboot is actually happening with JMS, we just need to wait a few months for the Firefly reboot to come along, right?