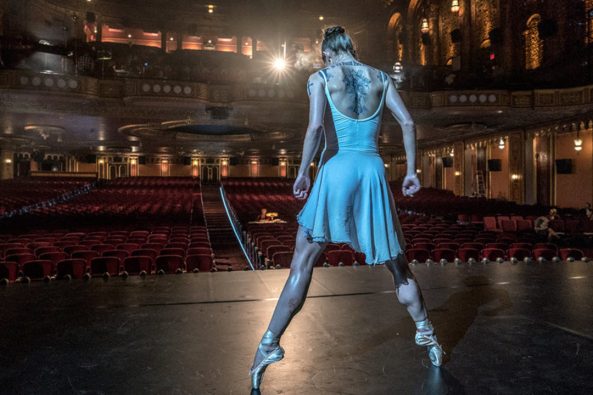 The John Wick universe is set to expand again with Deadline reporting that Len Wiseman will direct a “female-centric” spin-off film called Ballerina.

This marks the second spin-off from the Keanu Reeves-led franchise — the first being the Starz television series The Continental — and it’s on the fast track into production as Lionsgate looks to capitalize off of what a hot product John Wick has become. Shay Hatten, who wrote John Wick Chapter 3 – Parabellum, has penned the screenplay, which finds a young female assassin seeking revenge on the people who killed her family. This film has been in the works since about 2017 and was quite obviously set up through Anjelica Huston’s character in the third movie, whom we see viciously training a troupe of deadly dancers when John Wick goes to visit her.

In particular, the third movie has Unity Phelan, an actual ballerina, credited as the “Ballerina,” but it isn’t clear if she will be the lead role for this movie or if it will focus on some other ballerina. Given her lack of background in acting, her return to the role seems unlikely.

Wiseman’s selection, on the other hand, is locked in and seems like a decent choice. The director’s output varies in quality, but some of his work on the Underworld series is strong and Live Free or Die Hard definitely has its moments. Given how important strong action direction is to the series, he’ll have to bring his best game to it.

While Keanu Reeves may show up in the movie as a cameo, he is definitely involved as an executive producer on the film alongside producers Basil Iwanyk, Erica Lee, and Chad Stahelski.

If you need your John Wick fix right now, you can check out our review for the new video game John Wick Hex.