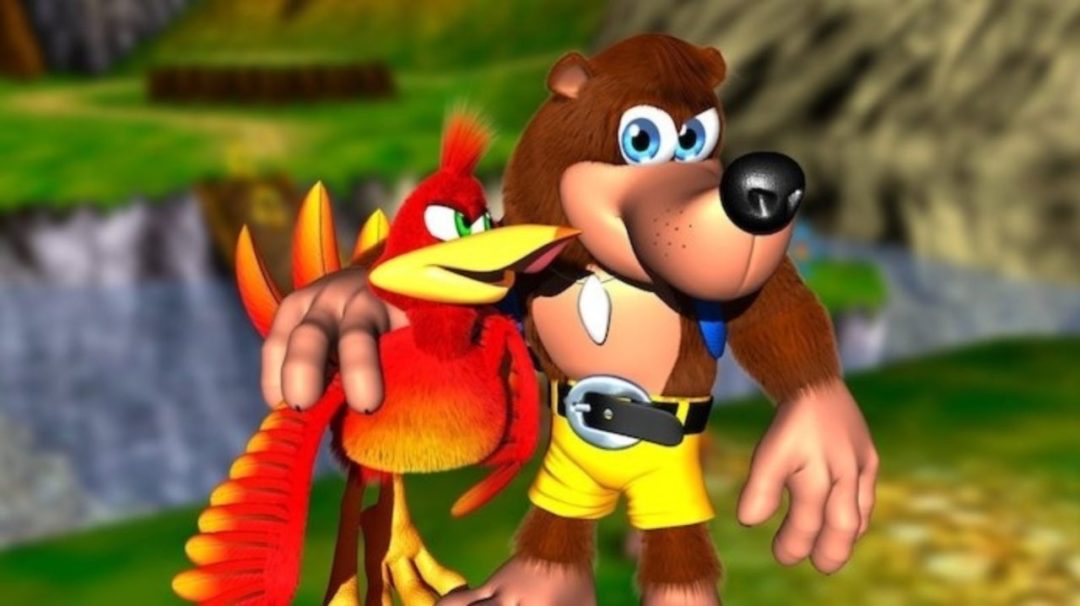 Banjo in Super Smash Bros. Ultimate at E3 2019. 40 years of darkness. Volcanoes. Earthquakes. The dead rising from the grave. Human sacrifice, dogs and cats living together, mass hysteria! Okay 35 year old references aside, this isn’t the end of the world, but it is true: A Microsoft-owned character born on a Nintendo console decades ago has finally rejoined his original stablemates. Not only that, but he’s joining in the fighting game series fans have been demanding he appear in for nearly as long.

Ever since Super Smash Bros. appeared on Nintendo 64 20 years ago, people have been clamoring for Banjo and Kazooie to backhand Mario right across his luxurious mustache. In 2002, Microsoft acquired Banjo-Kazooie developer Rare — which was at the time partially owned by Nintendo — and its entire stable of characters and franchises, seemingly killing that dream. Before then, almost all of Rare’s output, including an array of high profile characters, had originated on Nintendo consoles. The Battletoads were made famous on NES and Conker of Conker’s Bad Fur Day and Joanna N64’s Perfect Dark initially appeared on N64. Even Kameo, a character who debuted in the Xbox 360 exclusive Kameo: Elements of Power, began life as a Nintendo-funded project for GameCube.

None of these characters or games reappeared on Nintendo consoles, even after the company trailblazed digital legacy releases on Wii’s Virtual Console starting in 2006. Rare’s stable was Microsoft’s alone. If you wanted to play an HD version of Banjo-Kazooie, you needed an Xbox. But just like I’ve been predicting since Microsoft released Master Chief character skins for Minecraft on Nintendo Switch — and let you rack up Xbox Live Achievements in that release — the company is warming to an unusual symbiotic relationship with another game hardware manufacturer. Even just five years ago, this kind of partnership between Nintendo and Microsoft would have been inconceivable. Now it’s just one more signpost pointing towards a radically transformed video game business heading into the next decade.

Shocking, artfully delightful, and fiscally sensible as the move is, it’s actually not unprecedented. The distance between Microsoft and Nintendo in regards to Rare and its catalog didn’t really emerge until the Xbox 360 and Nintendo Wii era. During the early years after the acquisition, it looked as if the two console companies would partner with some regularity. While Rare characters haven’t appeared on Nintendo’s home consoles since the very beginning of the 21st century, the developer released half a dozen games for Nintendo’s Game Boy Advance and Nintendo DS handhelds.

Between 2003 and 2007, Rare made Banjo-Kazooie: Grunty’s Revenge and the racing game Banjo-Pilot for Nintendo.  Both were published by THQ, who seemed to act as a sort of demilitarized zone for Nintendo and Microsoft. It would be easy to say those releases were the result of awkward timing — clearly they’d been in development before Rare’s sale was finalized. But 2008’s Viva Piñata: Pocket Paradise for Nintendo DS made it clear that there was potential for collaboration between Microsoft and Nintendo. “There is no real conflict here,” Viva Piñata producer Paul Machacek told IGN. “Due to the game’s broad appeal, it makes sense for this game to be on the Nintendo DS. After all, Microsoft is not only focused on selling platforms but also building great IP. From the very beginning, we asked, ‘Why limit ourselves to the console?’”

Over 10 years later, that same logic has brought Banjo to Smash.