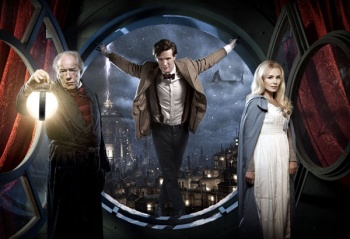 Like the ads say, the PS3 can do a lot more than just play games. Case in point, it can also stream BBC TV and radio shows to UK residents via the iPlayer, which is something that it’s been doing a quite a lot of over the last month. The PS3 version of the iPlayer launched in December 2008, and since then has grown to be a small, but significant contributor to the service’s total usage

The BBC reports that iPlayer views hit an all-time high in December, with around 145 million requests for programming. That wasn’t the only record that got broken however, as programming requests on the PS3 rose to 7 million, which is the highest they’ve ever been and both a month-on-month and a year-on-year increase of 31%. According to BBC statistics, the most watched show overall was the London-based soap opera EastEnders, but Top Gear and Doctor Who also made appearances, along with the British version of The Apprentice.

The iPlayer is also available on the Wii, although it contributed far less than the PS3. The BBC and Microsoft are apparently still talking to each other about bringing the service to Xbox Live. Unfortunately, it seems unlikely that the two companies will come to an agreement, as due to the BBC’s remit as a public service broadcaster, it is unable to restrict access to the iPlayer to just Xbox Live Gold subscribers.