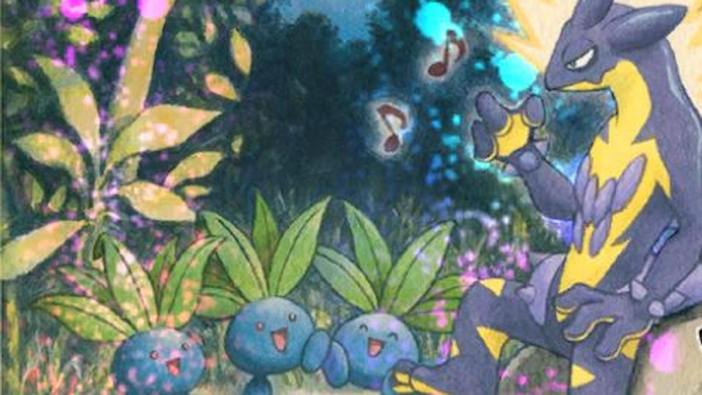 The world will never be quite a safe place while there are Poison-type Pokémon. These creatures are typically found in underground areas and thrive in dark environments, but they can also be encountered on land or in water. They come in various shapes and sizes, with some having an arsenal of deadly attacks while others rely on their natural defenses. Poison-type Pokémon have been used by trainers to outwit their opponents with clever tactics and are popular choices for both Gym battles and tournaments. These versatile creatures can surprise even the most experienced players with various moves, so here is a list of the best Poison-type Pokémon in Pokémon Scarlet and Violet. 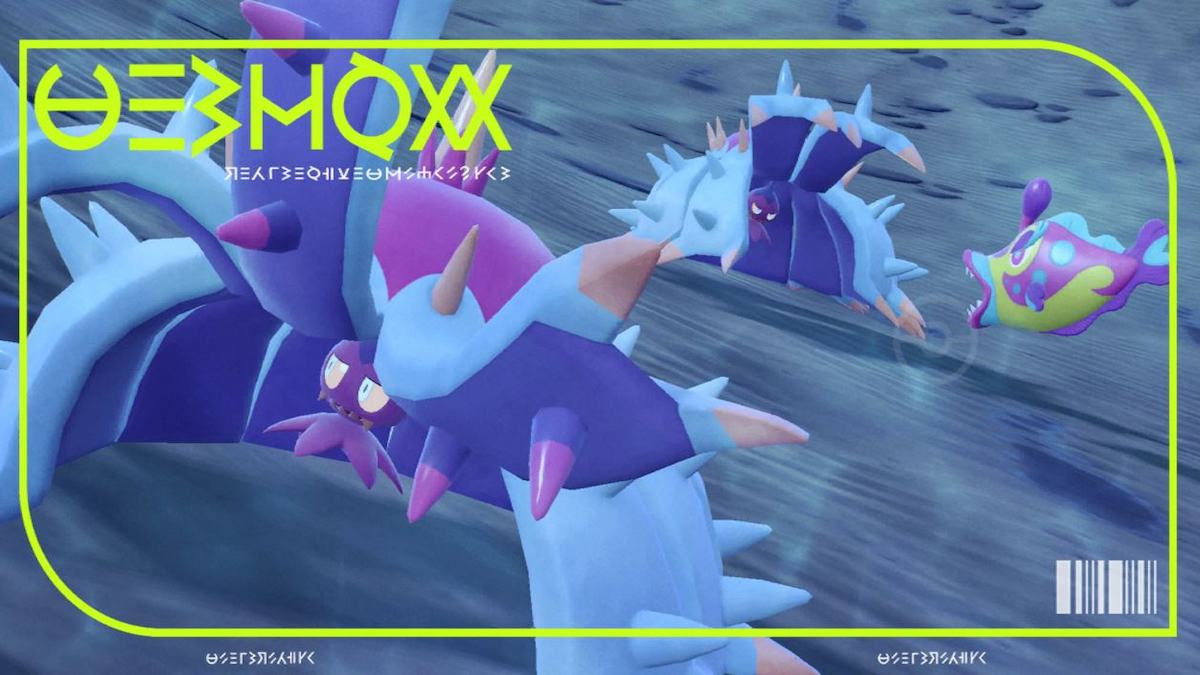 Toxapex is a Poison/Water-type Pokémon with gigantic, starfish-like legs that grow from the top of its head. It is the final evolution of Mareanie, evolving from level 38. Toxapex has incredibly high Defense and Special Defense, making it a fantastic Special or physical wall. In addition, its signature move Baneful Bunker protects itself from enemy attacks. Additionally, when Baneful Bunker blocks an attack that would make contact, the attacker gets poisoned.

This move, combined with its ability Merciless, will make all your attacks crit against your poisoned foes. With its powerful defensive capabilities and a vast array of offensive options like Poison Jab, Liquidation, Venoshock, and Toxic, this Pokémon is a formidable opponent in competitive battles. 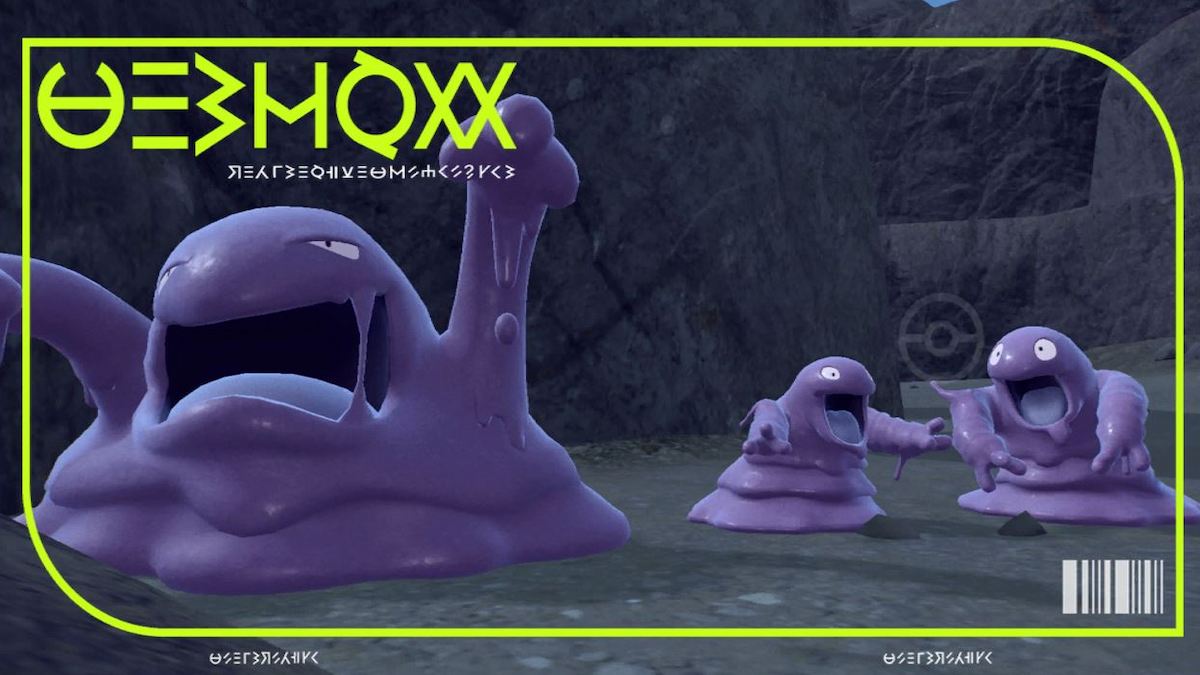 Muk is a Poison-type Pokémon primarily found in the Kanto and Johto regions. It has a slimy, purple body with two large eyes on its face. Muk’s ability, Stench, can make its opponents occasionally flinch when hit by a physical attack, incredibly dangerous opponent. Alternatively, Poison Touch can poison any enemy that hits it. Muk boasts good Special Defense and health. Its move, Acid Armor, increases its Defense more, allowing it to tank many attacks. Though physically tough, it can still deal heavy damage with its high Attack.

Its move, Gunk Shot, can inflict severe damage on opponents. It also has an array of other moves, such as Minimize and Toxic, that make it very annoying to battle. Its high HP, great defenses, annoying status moves that cause chip damage, and powerful poison attacks can knock out even the toughest of opponents. If you are looking for a wall of HP, Muk will be a great addition to your team. 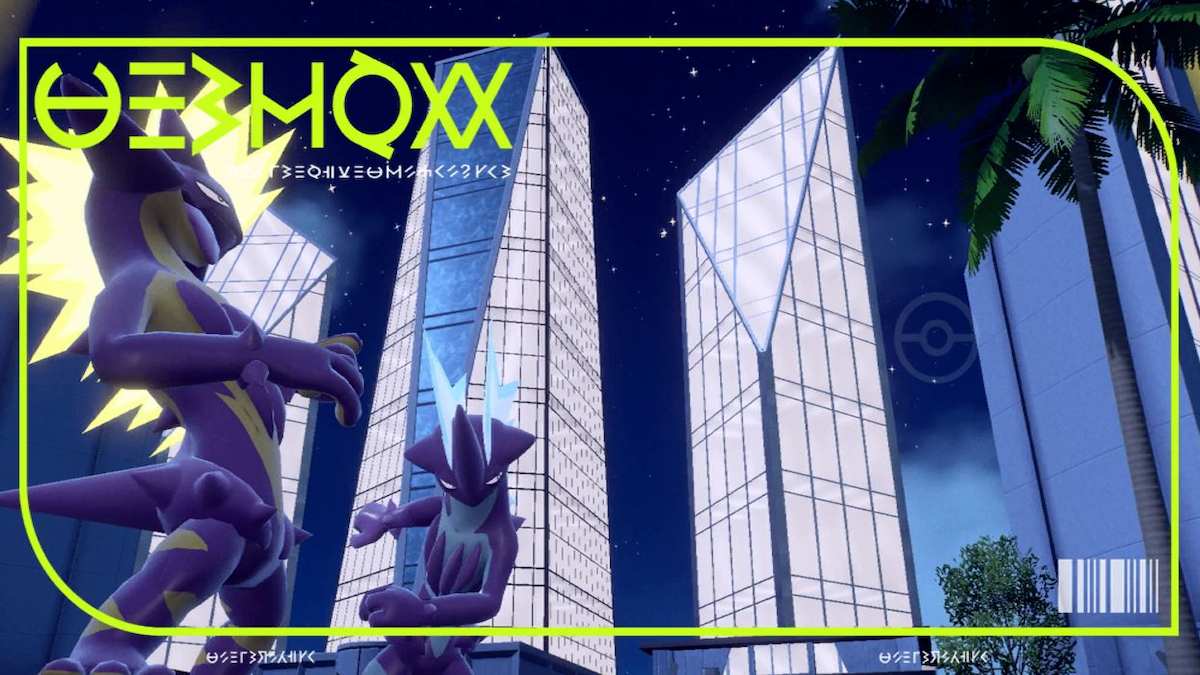 Toxtricity is an Electric/Poison type Pokémon; a unique type combination. The final form of Toxel, Toxtricity has a cool design with blue and yellow hues and a punk-style mohawk that goes along its head and back. Toxtricity’s electricity-generating capabilities give it powerful Electric-type attacks like Discharge and Overdrive.

Toxtricity has a high Special Attack and good physical Attack, allowing it to dish out a lot of punishment. Its moves include Poison Jab, Shock Wave, and Toxic. In addition, it can learn powerful moves like Sludge Bomb, Wild Charge, and Gunk Shot. Its Punk Rock ability can boost its sound-based attacks by 30%, which may seem underwhelming until you realize Toxtricity learns the extremely powerful Boomburst, which gets enhanced to ridiculous levels by Punk Rock. Toxtricity is an excellent choice for trainers who want a high-powered Poison-type Pokémon with Electric coverage and a fun design. 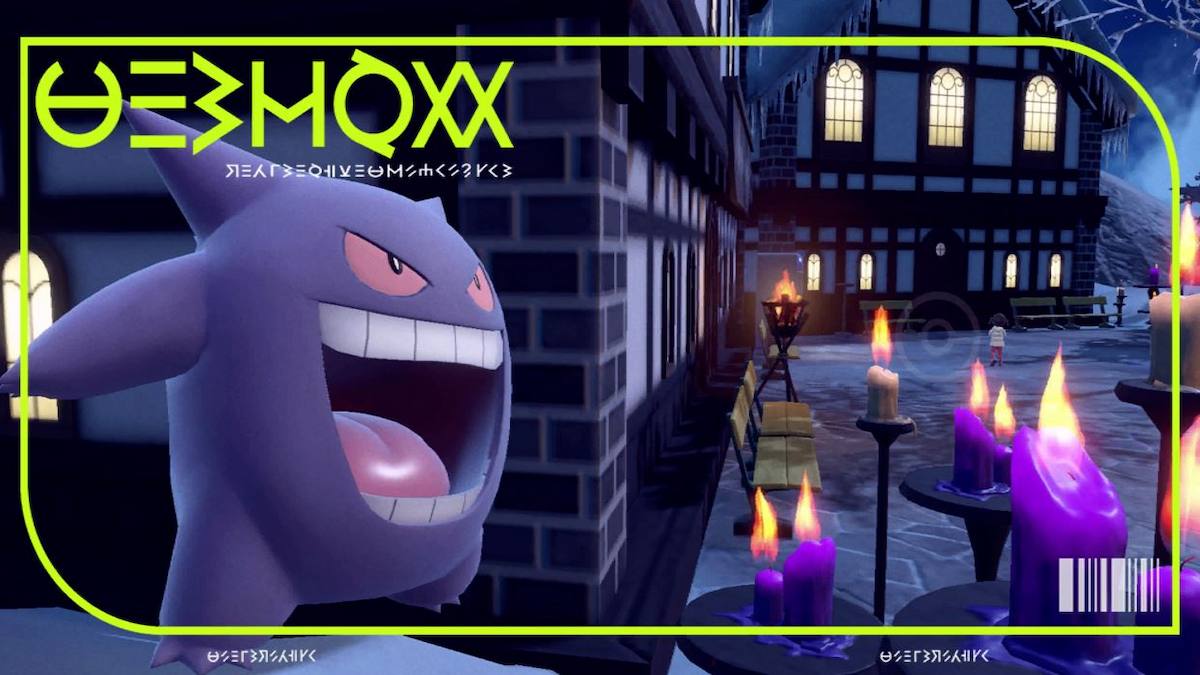 Gengar is an iconic Pokémon with a sinister reputation. It’s a Ghost/Poison-type creature with a purple, spiky body and a wide, mischievous smile. Its Ghost-type Shadow Ball is a powerful attack that inflicts damage and also has a chance to lower the target’s Special Defense.  Gengar has very high Special Attack and Speed, capable of out-speeding many opponents. It also has a vast array of moves that it can learn, including Gunk Shot, Dark Pulse, and Phantom Force. It can also learn a number of good coverage moves, like Thunder and Focus Blast, that make it a great Special sweeper.

Gengar can be tricky to obtain, requiring you to trade a Haunter with a friend to make it evolve. With its eerie look and powerful abilities, Gengar is an ideal choice for those wanting a versatile and heavy-hitting Pokémon that can deal in Ghost, Dark, and Poison damage. 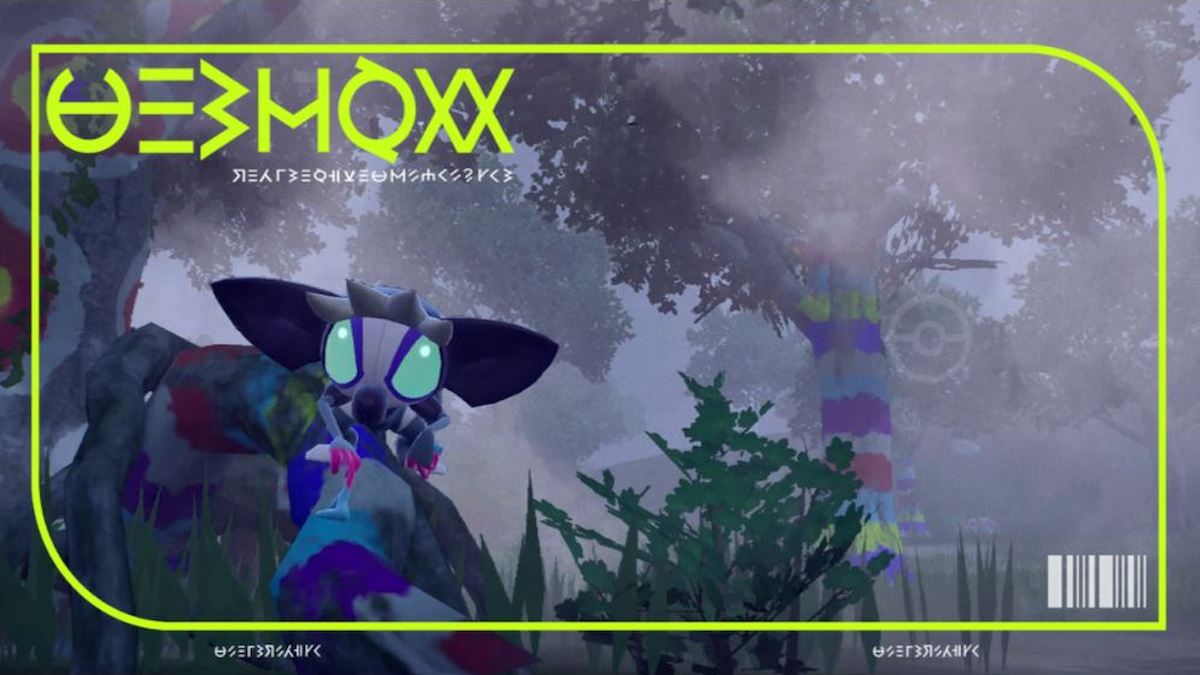 Grafaiai is a small Poison/Normal Pokémon that resembles a lemur. It features enormous ears, massive yellow-green eyes, and three-fingered claws with a long middle finger, giving it an unsettling look. Grafaiai is the final form of Shroodle, evolving from level 28.

Grafaiai boasts a good Attack and Special Attack with high Speed. But what makes this monkey strong is its Unburden ability. This ability doubles its already high Speed when its held item is used or lost, making it hard to deal with. Its signature move, Doodle, allows Grafaiai to change its and any ally’s abilities to the targeted Pokémon’s ability, allowing for some truly strong combinations. It also has powerful moves like Poison Jab, Knock Off, and Gunk Shot. Grafaiai’s speed and unpredictability make it a handful to deal with, especially in the hands of a crafty trainer. 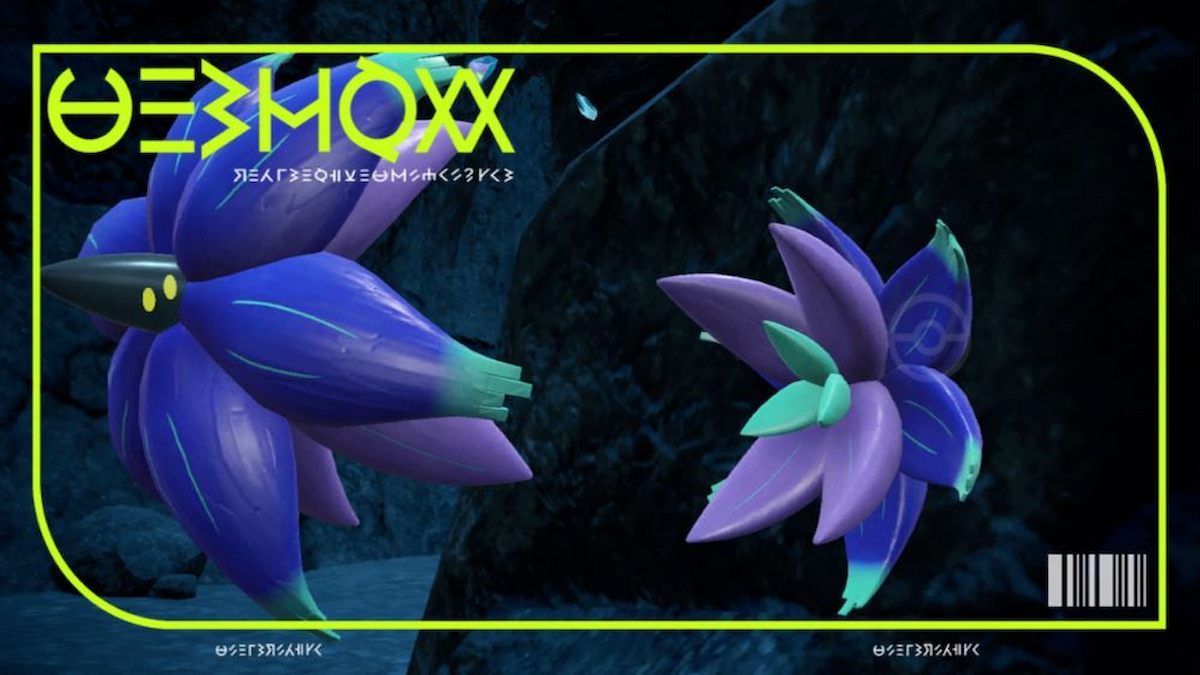 Glimmora is a Rock/Poison Pokémon that resembles a flower. Glimmora boasts an incredibly high Special Attack and good health, Defense, and Special Defense stats. Its signature move, Mortal Spin, can remove traps like Stealth Rock and Spikes and binding moves like Wrap, Constrict, and Leech Seed. Mortal Spin poisons all adjacent opponents, making it a nightmare in competitive play.

Its ability Toxic Debris scatters poisonous spikes around the opponent, poisoning any Pokémon that enters the field. Coupling this with Venoshock, a move which deals extra damage to poisoned Pokémon, can rack up the damage very quickly. Its hidden ability, Corrosion, allows it to poison normally immune Steel- and Poison-types. Glimmora also has access to powerful moves like Rock Slide, Power Gem, and Sludge Wave. While difficult to find, Glimmora, and its pre-evolution Glimmet, are well worth seeking out. 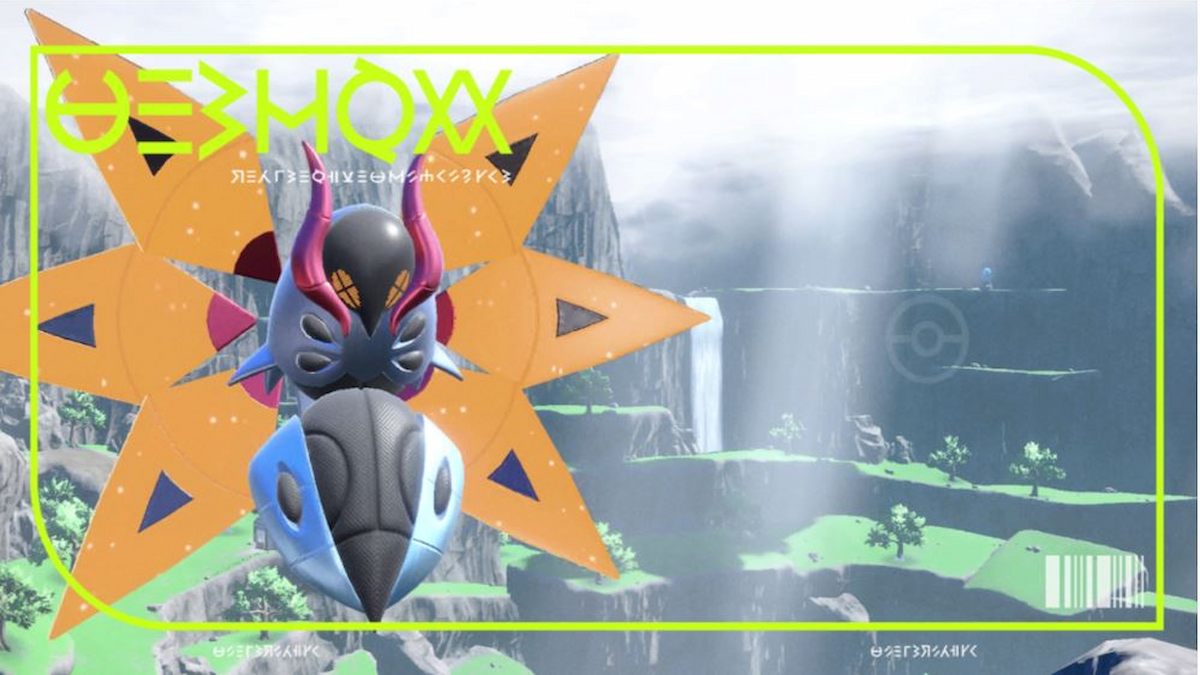 Iron Moth is a rare Fire/Poison Paradox Pokémon that resembles a metal Volcarona. Iron Moth is exclusive to Pokémon Violet‘s endgame Area Zero, meaning you’ll have to be patient or trade with a friend if you want to obtain this powerful Pokémon.

Iron Moth has high Speed and Defense stats, and an amazingly high Special Attack. It’s good typing, Fire/Poison, is a dangerous threat against any Grass type. Iron Moth has access to powerful moves like Sludge Wave, Bug Buzz, and Overheat, as well as Dazzling Gleam and Flash Cannon. This Pokémon can also learn the heavy-hitting Fire Blast. Iron Moth is a fantastic Fairy counter, with its focused movepool and great typing. Iron Moth is a force to be reckoned with. Maybe try to avoid Ground-type attacks, though. 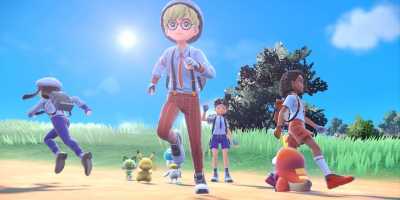 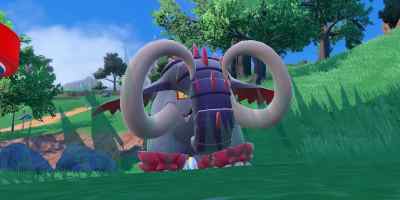 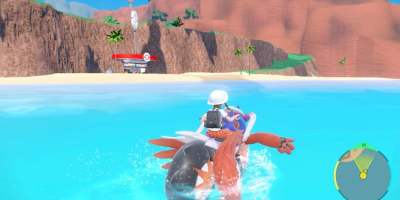