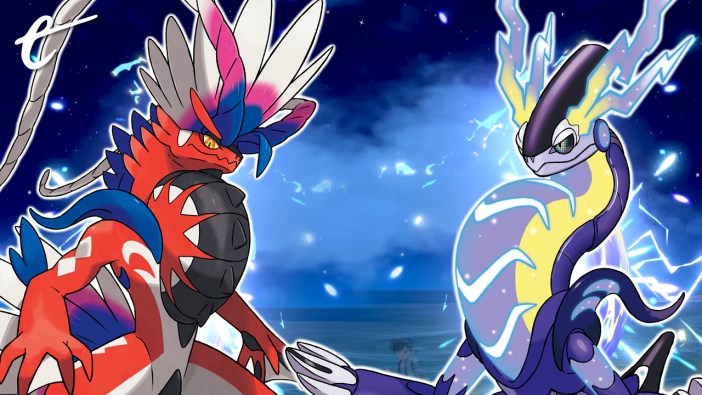 One of the great aspects of the Pokémon games, whether Scarlet and Violet or older titles, is that you can play however you want. Beating the game with only Bug-type Pokémon, for instance, or challenging a friend with a team of six Bidoof is a questionable but valid life choice. But the official competitive Pokémon format, called the Video Game Championships (VGC), can only be played under a specific rule set imposed by The Pokémon Company and with a well-made team. Unlike in the games, all VGC battles are double battles, and periodic format changes either restrict or make certain Pokémon available, creating different and complex meta-games.

Since 2009, VGC has expanded to include Regional, National, International, and World Championships that take place every year except for a hiatus caused by the coronavirus pandemic. In spite of the worldwide shutdown, VGC grew exponentially with the release of Pokémon Sword and Shield, making London’s 2022 World Championships the biggest yet and proving that it deserves more recognition as an esport. With the release of Pokémon Scarlet and Violet, now is the best time to try your hand at becoming a competitive Pokémon Master as the first official ranked season has begun – but where to start?

The Pokémon Company provides meager information on high-level competitive play. Thus, as someone who has followed VGC from the very beginning, I have prepared recommendations and resources in this beginner guide to competitive Pokémon and VGC.

In-Depth Beginner Tips for Competitive Pokémon in Scarlet and Violet

By far the most complicated and nuanced part of competitive Pokémon is the team-building aspect. For those that disliked math class in grade school, I highly recommend using Rental Teams before you try team-building yourself. I use two primary resources to find Rental Teams and will provide more at the bottom of this guide: Aaron “Cybertron” Zheng’s YouTube Channel and the @VGCPastes Twitter account.

Throughout Sword and Shield, Zheng, a professional Pokémon player and commentator, uploaded daily videos showcasing teams from all corners of the community. He does an amazing job explaining how each team works. Meanwhile, @VGCPastes is more straightforward, sharing Rental Teams from tournaments and professional players, often with a bit of advice. Pick one that interests you and give it a go.

However, even with Rental Teams, you might not know what you’re looking at. Without getting too much into the logistics of Pokémon breeding, I’ll explain how to build a competitive Pokémon team.

VGC requires six Pokémon at level 50, and the game will either raise or decrease your Pokémon’s levels to match that. Each match has you choose four of these six Pokémon to bring into battle. They all require proper Individual Values (IVs), Effort Values (EVs), Natures, Abilities, and Tera Type if you don’t want to get stomped. 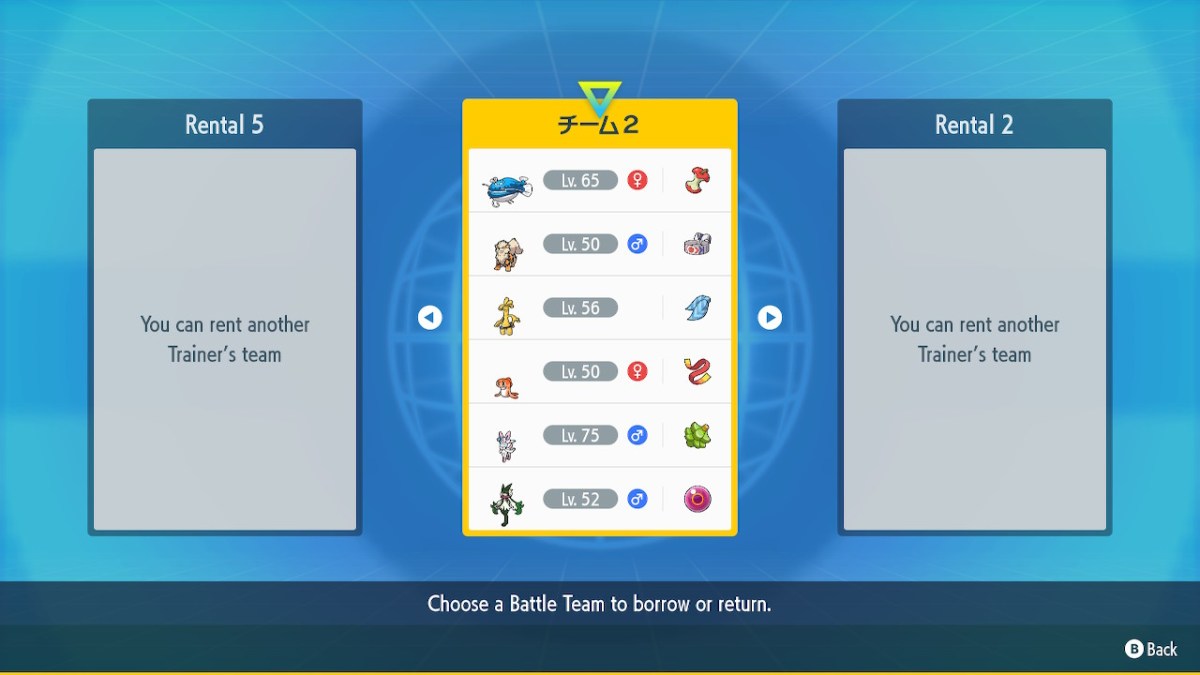 Just like how every Pokémon has HP, Attack, Defense, Special Attack, Special Defense, and Speed stats, Each Pokémon also has obscure Individual Values between 0 and 31 in these stats as well. You can check a Pokémon’s IVs in your boxes after beating the Pokémon League. The judge function will not tell you exactly how many IVs you have, instead giving you a “No Good” for 0 IVs and “Best” for 31. For now, ignore anything other than these two results. Usually you’d need a Pokémon to have 31 in all stats, but if you want your Pokémon to be slow, a “No Good” in Speed on Pokémon like Amoonguss and Hatterene can win you matches.

Effort Values are entirely different. EVs are gained from catching or defeating Pokémon. Defeated Pokémon have different EV yields. If your Annihilape defeats a bunch of Paldean Wooper, for example, its HP stat will grow larger, and if it bullies a parliament of Rookidee, Annihilape’s Speed will benefit instead. The catch is you only have 510 EVs to allocate per Pokémon, and every four EV points in a stat increases it by one. One, two, or three EVs into a stat will add nothing. If EVs are not allocated carefully — say, by defeating random Pokémon instead of specific Pokémon with the EV you want — you will not make it very far in competitive matches against opponents who have a proper EV spread. It is a necessary headache.

Typically, you will spread these 510 points as 4/252/252 as 252 is the maximum amount, leaving four left over. Torkoal doesn’t need any Speed since it works best under Trick Room, so it might run a spread of 252 HP EVs, 252 Special Attack EVs, and the remaining four placed in Special Defense. However, more complicated spreads exist for a variety of reasons, such as surviving specific attacks from common threats and to outspeed certain Pokémon. 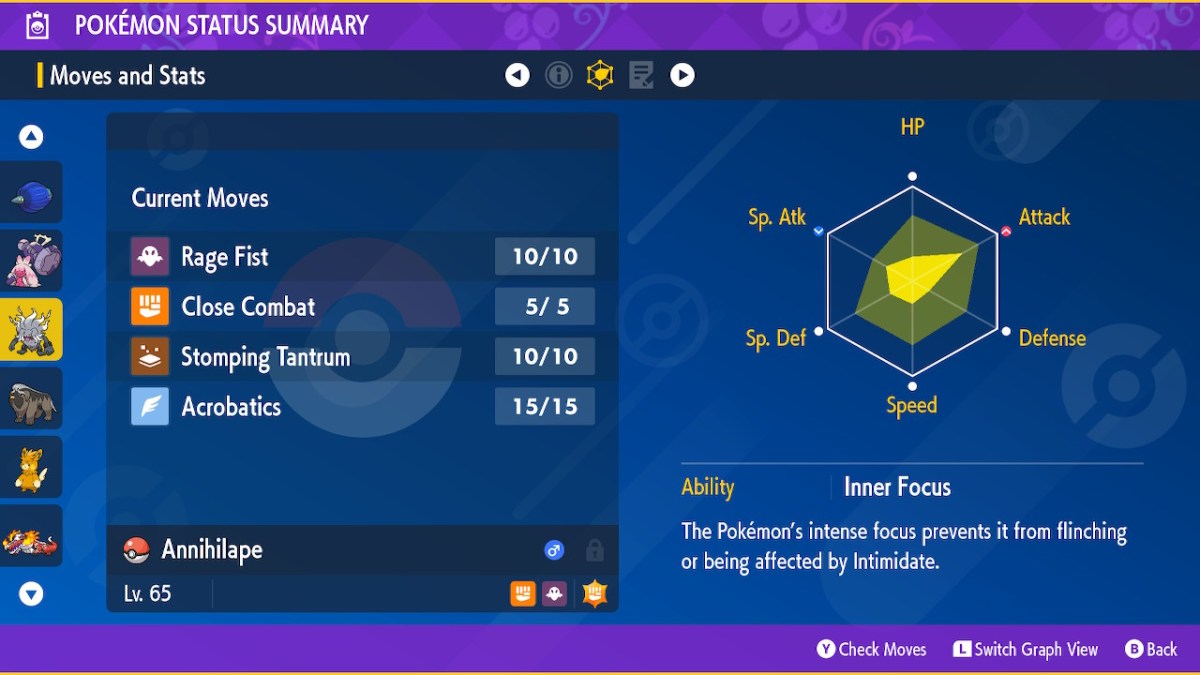 Last and quite a bit less complicated are Natures and Abilities. Every Pokémon has a Nature that raises one stat by 10% and decreases another by the same amount. This is visible on the stats page as blue and red arrow symbols beside a Pokémon’s stats — or no symbols if the Pokémon has a Nature that is neither beneficial or detrimental. Typically, you want your Pokémon to have a Nature that boosts Speed, Attack, or Special Attack, with the detriment to the unused attacking type. Abilities are also straightforward. All Pokémon have at least one normal Ability and one Hidden Ability. Arcanine, for example, can either have Intimidate or Flash Fire for normal Abilities and Justified for its Hidden Ability.

You can breed Pokémon using the new picnic mechanic in Scarlet and Violet to pass down perfect “Best” IVs and to give them specific Natures and Abilities. You can also defeat hordes of certain Pokémon with the help of held items to raise EVs more efficiently. However, Pokémon Scarlet and Violet makes all this easier with items available for purchase from shops within the game.

Purchasable Bottle Caps will instantly give you a perfect IV in an individual stat, and Vitamins — HP Up, Protein, Carbos, and the like — will raise a stat by 10 EVs each. Be prepared to farm for money. There are also EV-decreasing berries to win from the auction in Porto Marinada. Ability Patches, found in 6-Star Tera Raids, can switch a Pokémon’s ability to its Hidden Ability. However, it cannot switch between normal Abilities, so pick a Pokémon with the Ability you want before you begin training it up. 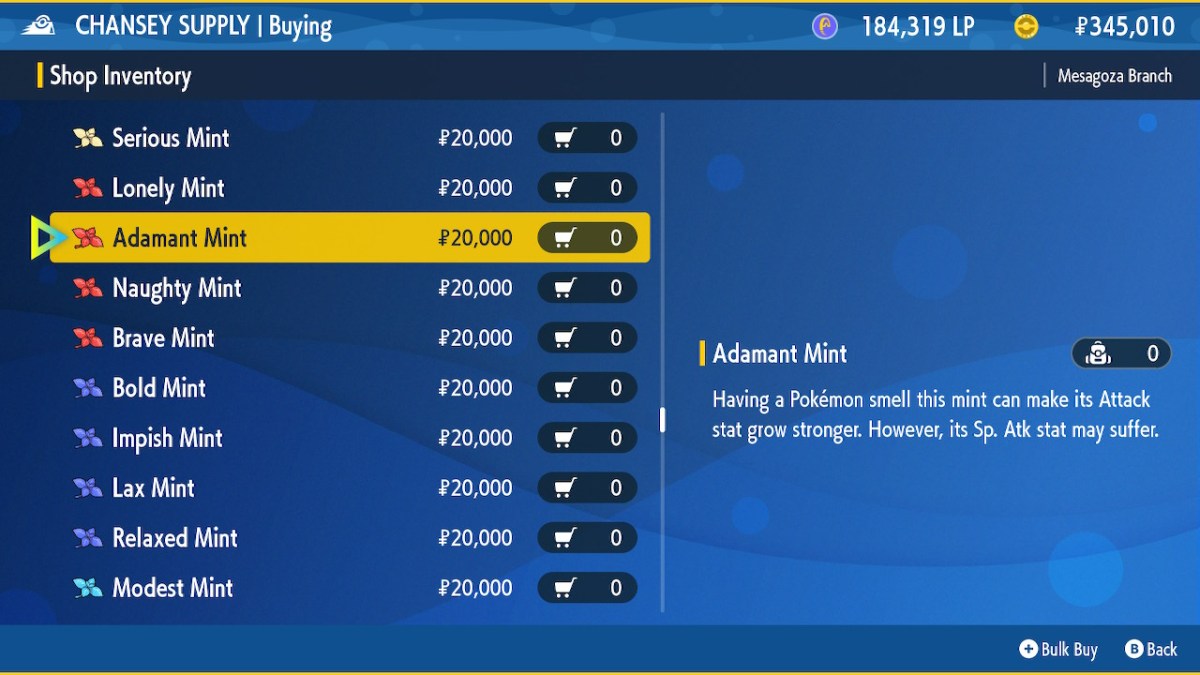 Tera Type in Scarlet and Violet

Lastly, Tera Types are exclusive to Pokémon Scarlet and Violet and promise to play a pivotal and exciting role in the competitive VGC. However, what Tera Type works best for which Pokémon remains to be seen, so have fun and experiment. Torkoal, for example, probably wants to keep its Fire typing to hit harder, whereas a Pokémon like Dragonite will want something defensive like Steel to hide its glaring weaknesses, but going for something unorthodox can certainly trip an opponent up. These can be changed with Tera Shards that you can farm from Tera Raid battles, though it takes quite a while to collect the 50 required. I suggest sticking with a Pokémon’s default Tera Type until the excitement of a new metagame settles.

That all said, I highly advise a beginner not to jump into competitive Pokémon team-building right away. It’ll burn you out quicker than a Charizard hit with a Hydro Pump. It’s easy to put hours of work into a Pokémon that you ultimately won’t find effective or that might suffer in certain metas. Borrow Rental Teams that appeal to you. Watch YouTube videos and read team reports on how they’re run. Check the resources at the end of this competitive Pokémon guide for more tips, for Scarlet and Violet or in general. Once you’ve gotten a feel for competitive VGC, jump into Pokémon team-building with more knowledge and confidence in what works and what doesn’t. Online ranked double battles share the same ruleset as official tournaments with one significant change: Ranked battles are best-of-one matches, whereas tournaments are typically best-of-three. Best-of-one favors unexpected plays to catch opponents off guard, so ranked battles play a little differently than a standard tournament where you can adapt to your opponent in the second or third game.

As stated before, in all matches you select four of your six Pokémon to bring with you. You can see your opponent’s whole team as you select your four, but you cannot see which four Pokémon they chose until they reveal them during a match. This means that you have to consider whether or not your opponent has a Tyranitar waiting to switch in and plan accordingly.

As of December 2022, Legendaries and Paradox Pokémon are banned from online ranked play, which means only “regular” Pokémon can be used. This will update sometime in 2023. It remains to be seen how the meta will settle with this ruleset, but it’s safe to assume trainers will eventually find powerful combinations that will centralize what Pokémon are viable for those serious about competing. Most competitive teams will have to bring counters for them, but this can take months to fully settle. For now, enjoy the Wild Wild PokéWest.

That said, several archetypes have persisted throughout all Pokémon VGC formats. These include the following: 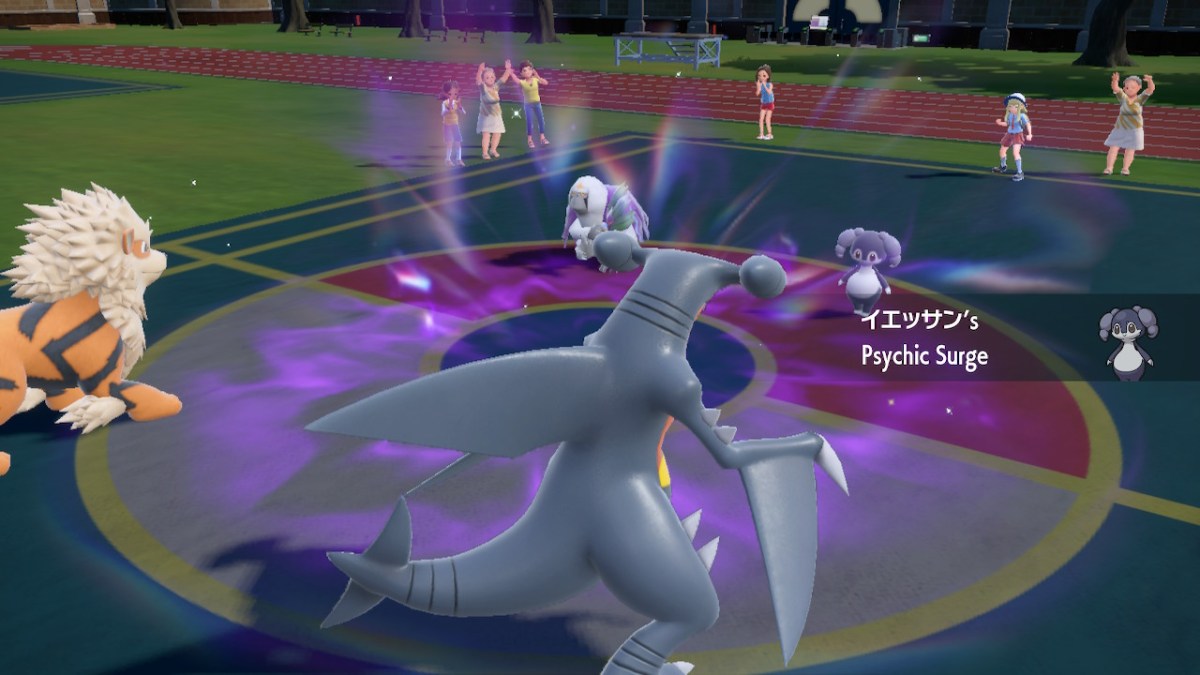 Scarlet and Violet also introduces new fishy Pokémon I expect players will experiment with. These include the massive Dondozo, which can “eat” a Tatsugiri to receive stat boosts at the cost of having only one Pokémon on the field. A different fish-based Pokémon, Palafin, can switch out of battle to return later in a more powerful form as well.

Don’t fret like a Sobble if all this feels overwhelming. Many consider the beginning of a new generation the best and most chaotic time to play because the limited Pokémon available ensures that the meta hasn’t centralized around the overpowered likes of Zacian and Regieleki. The more you play, the more you’ll learn which Pokémon does what, and before long you’ll be able to guess when an opponent will lead Hatterene and Indeedee and what to do about it. Just expect to take some beatings until then.

The two best sites for general Pokémon information are Serebii and Bulbapedia. On these sites, you can check what moves a Pokémon learns, see their stats, and identify where to find them in-game. For VGC community help, I recommend the r/VGC subreddit. If you have a question, the friendly community there will certainly give you a hand — just be sure to read the guidelines before posting. And for specific EV spreads and to see the percentage of players using certain moves, items, and abilities, look no further than Pikalytics. It will update as more games are played in ranked matches.

That does it for our beginner tips guide for competitive Pokémon in Scarlet and Violet and beyond. With all this in mind, you’re equipped to go forth and be the very best, like no one ever was. 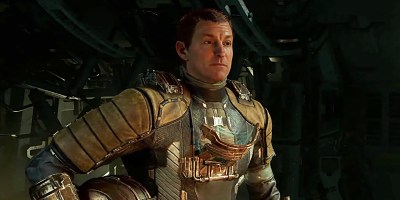 Who Are the Voice Actors in the Dead Space Remake? 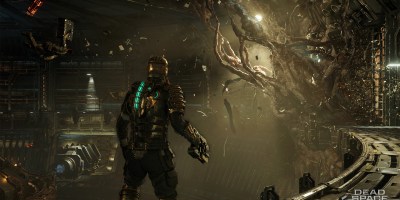 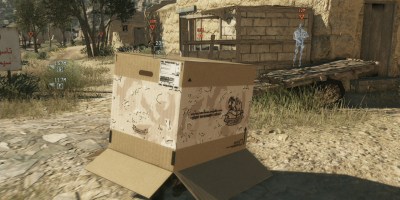