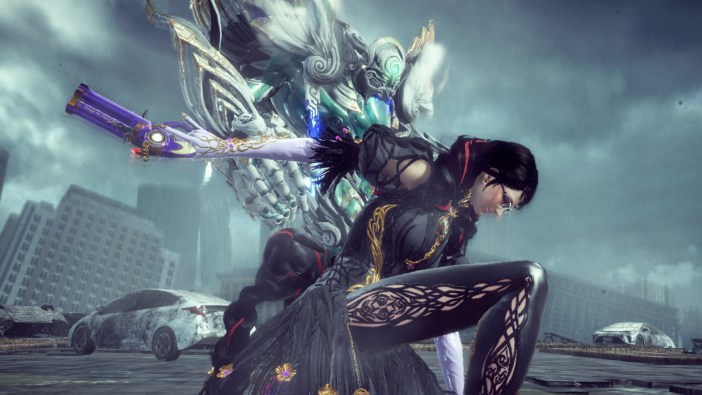 Bayonetta 3 may not be perfect and it may not even be the best game in the series, but it’s still a ton of fun just to mow down dozens of enemies with over-the-top weapons and use your demon pals to cause countless destruction. But with the number of weapons (and their complex combos) that you gain throughout your adventure, if you’re looking to try to do everything in the game and you’re eyeing the game’s Infinite Climax mode, you may be debating which weapons you should invest your time in to upgrade their skills and master them. This guide will outline the best weapons to use in Bayonetta 3 to not just stay alive but nail those Pure Platinum ratings.

Out of the 15 weapons that the game makes available to you, you’re going to eventually have to decide on at least two of them to serve as your main loadout. Some of these weapons grant Bayonetta excellent Demon Masquerade abilities, while some feel more like downgrades. The following five weapons, in order of acquisition, offer the most straightforward value. Keep in mind that this list is not factoring the demons that you get alongside these weapons, as they can be equipped independently from the weapons. 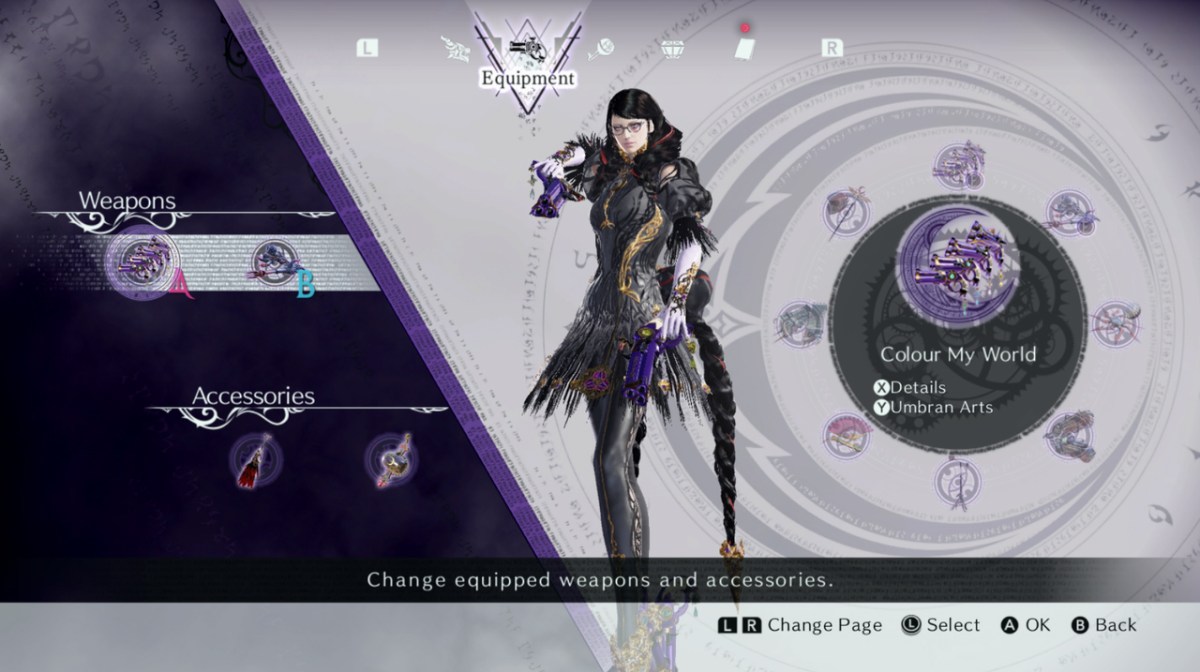 It’s hard to deny that the default weapon of Bayonetta 3, Colour My World, is anything but great. If you’ve played any of the previous games, its controls and function are similar to how Scarborough Fair and Love Is Blue operated. That makes grasping how these four guns work easy, and you can start smashing through enemies like nobody’s business.

The Demon Masquerade ability, allowing you to turn into Madama Butterfly, is also one of the best for navigation, giving you a simple glide that is slow to descend but can make virtually any of the platforming challenges an absolute joke. Balance is the keyword here, and Colour My World is nothing but a balanced weapon to use, making it one of the best weapons in Bayonetta 3.

Becoming a lava spider is awesome, but what’s even better than that is becoming a lava spider that uses giant yo-yos. The Ignis Araneae Yo-Yo takes a bit of time to get used to, but once you’ve mastered them, they’re an excellent weapon. They have solid damage and can make mincemeat of enemies if you extend the combos by spinning the yo-yos. You get excellent range from them and can even slow enemies down by hitting them with webbing, allowing you to lay on even more damage and give yourself a breather. This is why it’s one of the best weapons in Bayonetta 3.

The Demon Masquerade ability allows you to swing along threads that attach themselves to… somewhere, like in the PS1 Spider-Man games, and even allows you to climb up walls. However, be warned that the physics and camera can be a bit unreliable if you try to use it to go through platforming challenges. 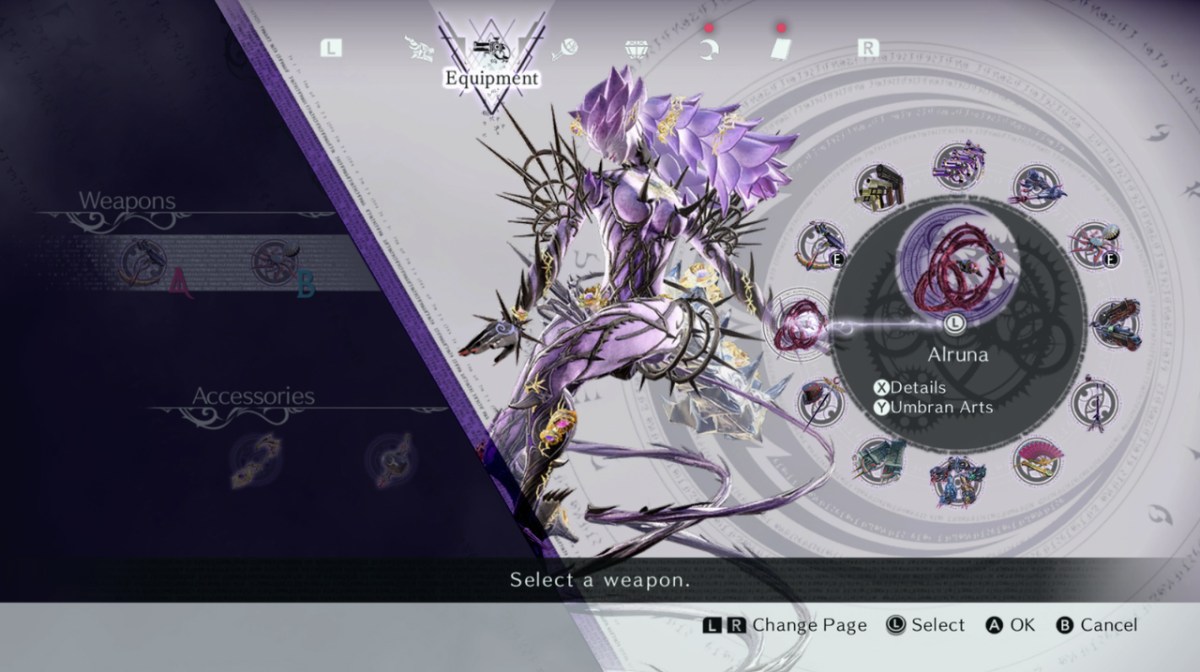 Despite being an optional weapon, Alruna is one that you should definitely hunt down by defeating the optional boss in Phantasmal Remnant 3. The weapon is very similar to its iteration in Bayonetta 2, featuring an attack that doesn’t do as much damage but makes up for it by having an excellent range and speed. If you get overwhelmed by a crowd of enemies, Alruna is your go-to weapon for controlling them and giving you some space.

The Demon Masquerade ability also has its uses, allowing Bayonetta to generate a platform mid-air, making getting some of those hard-to-reach collectibles much easier. Nothing can beat cheesing a platforming challenge other than making your own platforms to solve the problem!

The Demon Masquerade ability lets you move pretty quickly and gives you an air dash, but you’re not going to be platforming a lot with this weapon. You should focus on using the Dead End Express for combat use. Be warned though: In order to punish the enemies with a ton of damage, you need to charge your attacks, but if you charge for too long, it will backfire and you will take damage. High risk, high reward. 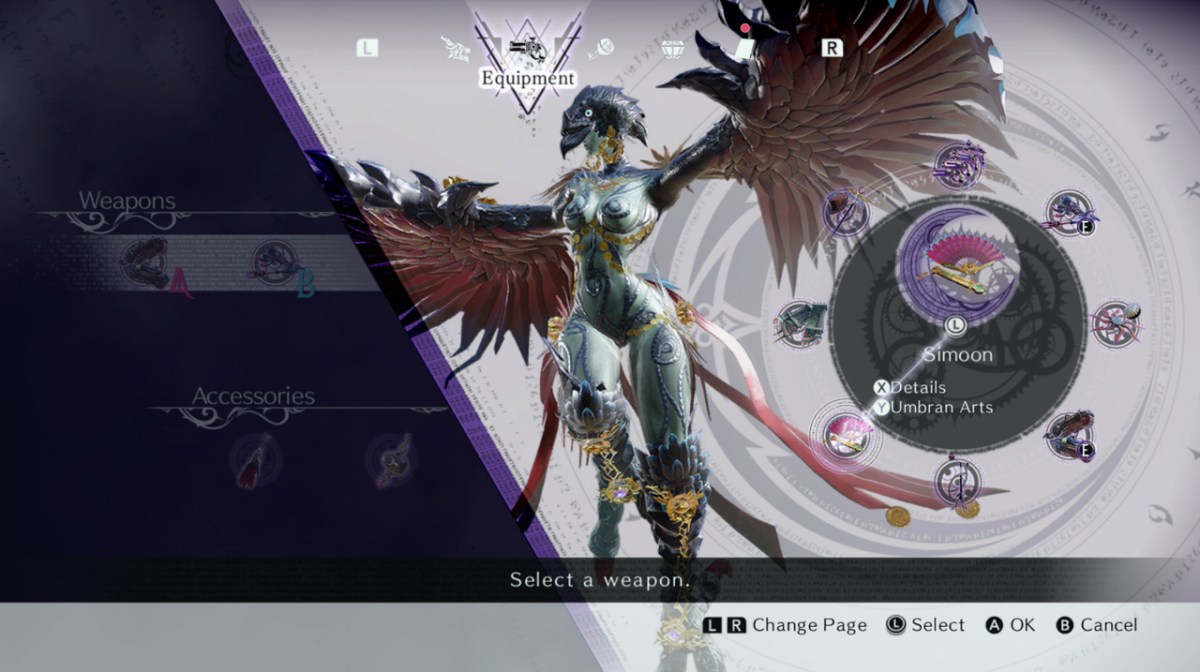 If the Dead End Express is all about dealing tons of damage at a slow speed, Simoon is the exact opposite. It is the fastest weapon in the game by far but doesn’t deal as much damage as the other weapons. That’s perfectly fine, especially given how you can land several hits and then use the weapon’s natural mobility to quickly get out of the way of incoming attacks. Simoon also has an unparalleled air game, making those few fights against airborne enemies significantly easier. There’s even a homing attack that can help you attack enemies from a distance!

Then there’s the Demon Masquerade ability, which gives Bayonetta a far superior glide to what’s offered with Colour My World at the expense of poorer control in the air. So it would be smarter to pair Simoon with a heavy weapon than something like Colour My World.

Those are the best weapons in Bayonetta 3, so you are fully prepared to slaughter your enemies and go total Pure Platinum!