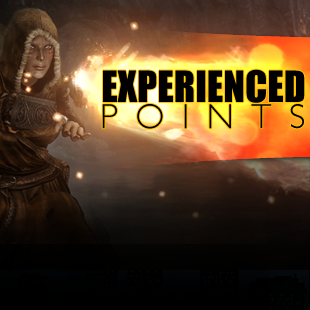 I have a love / hate relationship with the Elder Scrolls games. According to Steam I’ve sunk almost 1,000 hours into Skyrim, and I played about that much Morrowind. But one constant in the last three entries is that apparently the Bethesda developers hate mages.

I first discovered this in Morrowind when I rolled a new fighter and killed my first foe in two or three hits. Then I rolled a mage and spent all my mana trying (unsuccessfully) to burn someone to death. Then I ran around in circles waiting for it to recharge, then spent it all again with more ineffectual “fireballs”. Then I gave up and stabbed them to death with a knife.

It’s not that magic is under-powered. (Although it is.) It’s that all of the mechanics are actively hostile to the very idea of using magic for fighting. At the start of the game a fighter is only modestly stronger than a mage, but the longer you play the bigger the differential gets.

Morrowind and Oblivion both had a spellcrafting system, which let you design your own spells, which let you turn the broken underpowered magic into broken overpowered magic. That’s nice, I guess. Sort of. But I’d rather just have some properly balanced mechanics than trying to balance the shortcomings against the exploits. And in any case, that system is gone in Skyrim and you’re stuck with a feeble magic system unless you’re the modding sort.

Your ability to fight is tied to a resource.

Spells are fueled by mana. (Called “magicka”, because this series pre-dates the concept of using “mana” to denote universal mojo power.) No mana, no spells. If a fighter runs out of stamina they can still swing their sword, they just can’t use special attacks. But if a mage runs dry they are boned. They have to switch to melee, or run. Sure, lots of games use this setup, but the other games don’t also have the problem of…

Agonizingly so. Run through the same dungeon as a mage and then as a fighter. The fighter will get perhaps twice as many skill-ups on their primary weapon for killing the same collection of mooks. This means a mage will level more slowly overall, and more of their levels will come from incidental skills. So a level 10 fighter might have their primary weapon skill at (say) 50, while a level 10 mage will have their destruction magic at 30. The rest of the mage’s skill-ups are in non-combat skills, which means fights take longer. And mages are less able to endure long fights than anyone else because…

A “proper” mage doesn’t wear armor. But they do have various mage armor spells, which can raise their armor value to something reasonable (although still below what armored characters enjoy) for a short time. So you have to keep re-casting the spell every few minutes. Fighters don’t have to worry about all their armor vanishing in mid-fight and leaving them vulnerable to an instant kill, but mages do. Imagine if fighters had their armor fall off every couple of minutes, it took them several seconds and a good chunk of their main combat resource to re-equip it, and doing so made sounds that alerted all nearby enemies.

Mages could alleviate this lack of armor by putting more points into health, but…

Mages have to spread their stats around.

There are three core stats in the game: Magicka, Health, and Stamina. If you’re a fighter, you just need health and stamina. Health lets you live longer, and stamina lets you use more special attacks and carry more crap. But a mage needs both of those stats, PLUS mana. You can’t skimp on health, or you’ll die the moment someone looks at you funny. You can’t skimp on stamina or else you can’t carry as much loot, thus making you poorer.

You might argue you’re not here for the loot and you just want to enjoy throwing fireballs around, but…

Magic is less satisfying to use.

A typical kill animation for a fighter has you hook your weapon around the enemy neck, yank them towards you for a head-butt, and then slam them to the ground for a spectacular finish. In magic, it just shows your character standing perfectly still while the enemy stands perfectly still and it holds that pose for a few boring seconds until it ends. They don’t explode, or die screaming, or anything really cool. They just ragdoll. If you’re lucky, the camera will be in a good spot and not inexplicably aimed at the floor. For fighters, a finishing move is a satisfying little show. For mages, it’s just a break in the flow of gameplay, a five second interval where you stop playing.

Mage robes are stupid and boring.

The late game heavy armors look impressive and intimidating. The late-game robes look exactly the same as early-game robes, with a slightly different color scheme. The “ultimate” robes in the game are the archmage robes, which look drab and vaguely hobo-ish, with an attached hood that prevents you from wearing a helmet.

Not that you want to play a mage into the late game, because…

If I’m a fighter, my sword does more and more damage as my skill goes up. On top of this, there are perks you can unlock to boost your damage even more. But for mages your spells don’t hit harder, they just cost less mana to use. And unlike for fighters, the perks don’t stack. Once I move on from novice level spells to apprentice level, the skill point I spent on novice spells is no longer helping me in battle.

You might try to boost your magical damage using gear, but…

But it’s even worse than that, because…

Spell damage can’t be boosted by enchantments either.

A fighter can add enchantments to their armor to boost their weapon damage even more. They can also add enchantments to the weapon itself to have it do additional elemental damage. A mage can’t do any of that. They can only make spells cheaper to cast. That’s nice I guess, but it’s kind of stupid to waste your late-game enchantments just for the ability to fight continuously, since fighters can do that at level 1. And after a certain point it’s just not useful to make them any cheaper. Even when spells are free, you’re still doing a lot less DPS than a fighter, and unless you’re an armor-wearing battlemage in heavy armor, you’re going to be taking way more damage too. (AND your max health will be lower. AND you can carry less.)

But since fighters augment their gear with smithing and enchanting, maybe mages can augment their powers with more magic? Well, actually…

Magic is spread out over six skill trees.

If you’re a fighter, then maybe you’ll want to specialize in two-handed weapons. Or maybe one-handed weapons. Pick one and go for it. Level up those skills, buy those perks, and watch your power level climb. But as a mage your skills are scattered over Alteration, Conjuration, Destruction, Illusion, Mysticism?, and Restoration, and these skills have no synergy. Getting the ability to dual-cast restoration spells doesn’t let me dual-cast destruction spells. Making illusion cheaper to cast doesn’t make destruction cheaper to cast. And most of the perks are dedicated to making stuff consume less mana, which is nice but generally not nearly as helpful as equivalent fighter perks. And they’re all slow to level. And really, each school of magic has only a couple of really useful spells.

And you’d best be careful when using them, since…

Magic is prone to friendly-fire.

Fireballs are slower than arrows, and the flames ability is kind of flamethrower-ish. This, mixed with the tendency for NPCs to rush out in front of you in battle, greatly increases the chance that you’ll hit a guard or a peasant or an ally and end up having everyone turn on you. It’s just yet another thing that’s harder for our beleaguered mage and easier for everyone else.

And as icing on the cake, the fire and ice based magic puts a lot of particle effects in your face so you can’t see who you’re shooting. Very often I’d end up with this wall of fire in front of me and I’d have to stop attacking so I could see if my foe was dead, or if they had run off, or backed away.

Magic in Elder Scrolls is a sad, weak, unsatisfying hassle.

You can alleviate some of these problems by augmenting your magic with fighting, but why bother? Rather than propping up my gimped magic with gimped fighting, why not just ditch the magic and go full-on fighter?

I’ve leveled numerous mages and numerous fighters. There’s no comparison. Melee isn’t just slightly ahead of magic. It’s massively, outrageously more powerful, safer, more expedient, more thrilling, and more profitable. Going from fighter to mage has a bigger impact on difficulty than the actual difficulty slider. As a fighter you’ll kill faster, have less between-fight downtime, see more cool animations, make money faster, get more interesting and useful loot, look cooler, and die far less often. This is a massive middle finger to anyone who wants to be a wizard.

I don’t know when the next single-player Elder Scrolls game is coming out. It hasn’t even been confirmed yet. (Although of course they’re going to make one.) I just hope next time around mages get a little love. I don’t need the different systems to be in perfect balance, but it would be nice if they were in the same ballpark and offered the same level of visceral impact and variety of gameplay.