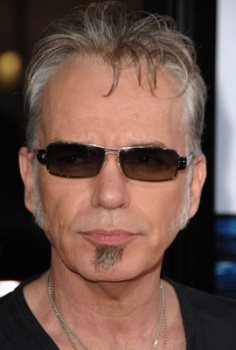 Oscar-winning actor Billy Bob Thorton blames “the videogame generation” for the sad state of Hollywood and the low-quality movies it churns out these days.

It’s hard to deny that Hollywood cranks out a lot of garbage. Specific definitions of “garbage” may vary but I think most of us can agree that no matter how you look at it, there’s a lot of it. What isn’t so clear is precisely why that is. Is it because of the famous Shakespearean limit on the number of stories there are to tell? Or has the movie industry simply realized that it can phone everything in and still rake in bazillions of dollars year after year?

Billy Bob Thorton, the star of films like Eagle Eye, Mr. Woodcock and Bad Santa, has his own ideas about where the trouble lies. “We’re living in a time when we’re making – in my humble opinion – the worst movies in history,” he told the Telegraph. “They’re geared toward the videogame-playing generation. And these videogames, which I’m on my son about constantly, these games are people killing for fun, and I think traditionally in movies, there’s always been some kind of lesson in the violent movies.”

Thorton’s latest movie is called Faster, in which he stars as a cop on the trail of an ex-con played by Dwayne Johnson, who’s “on a bloody quest for revenge against the people who set him up.” It sounds like a fairly straightforward Hollywood action vehicle but Thorton claimed there’s a lot more to it.

“This movie doesn’t say, ‘Oh, here’s this fun guy and we’re going to do this tongue-in-cheek character right out of a videogame who likes to destroy things’ and all this kind of thing,” he continued. “This movie actually shows what prisons create, what murder creates. It shows this perpetual, violent string of events.”

I’m inclined to agree that the attention span of mainstream entertainment consumers isn’t what it used to be, but I think Billy Bob is making the same mistake that a great many other people have: confusing the medium with the message. It’s the equivalent of watching Freddy vs. Jason and declaring that the film industry is all about, well, “people killing for fun.” Hollywood may be a crap factory, but that’s Hollywood’s problem.