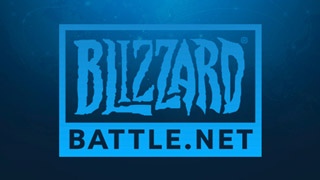 Blizzard has renamed its app once again, bringing back the Battle.net name.

Last year, Blizzard announced plans to do away with its well-known Battle.net branding. Earlier this year, the company actually rebranded its app to remove the Battle.net name, simply calling it the “Blizzard App.”

As you can imagine, changing the name of a service that gamers have been using for more than 20 years resulted in almost no one other than Blizzard using the new name. Even folks at Blizzard slipped up and used the name during the announcement that Destiny 2 would be available on the app. Seeing how people weren’t using the new name, Blizzard is making another change.

“When we announced that we’d be transitioning away from the Battle.net name for our online-gaming service, we suspected that the shift would be challenging,” the company wrote in a post on its official blog. “We understood that Battle.net stood for something special – it represents years of shared history and enjoyment, community and friendship, for all of us and our players.”

Accordingly, Blizzard decided to go back to the Battle.net name. “After giving the branding change further consideration and also hearing your feedback, we’re in agreement that the name should stay as well,” the company wrote. The new name is Blizzard Battle.net, and there’s a new logo (seen above).

Hopefully this will be the end of the name changes. No one stopped calling it Battle.net, so it’s nice to have Blizzard back in line with the rest of us.