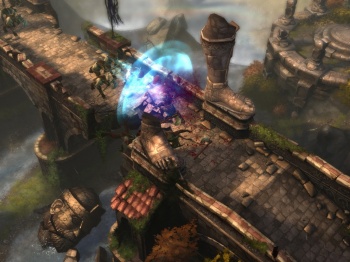 Blizzard has pulled back the curtain on its official community site for the upcoming Diablo 3; a place where fans can hang out and discuss the latest happenings in the cursed lands of New Tristam. According to Blizzard, the site will not only feature official Diablo 3 news, it will also be an outlet for the best in fan-created content as well.

The first order of business on the site is – bizarrely enough – a beard-growing challenge. Blizzard wants Diablo 3 fans to stop shaving until the game’s as-yet-unspecified release date. The beards will apparently serve as “a beacon of hope for humanity in the coming war against the Burning Hells.” Don’t worry if you can’t grow a beard though, Blizzard isn’t leaving you out. Instead, it wants to see the finest fake facial hair that those with a beard-deficiency can create. It doesn’t look like there’s a prize or anything like that, not unless you count internet fame when Blizzard displays its favourite entries.